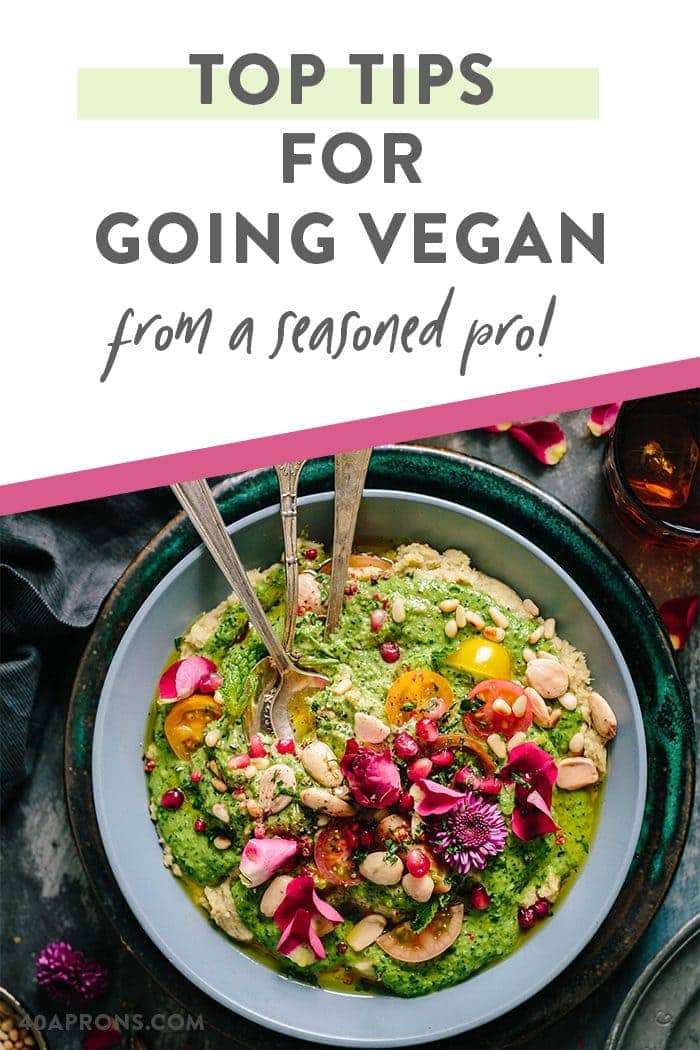 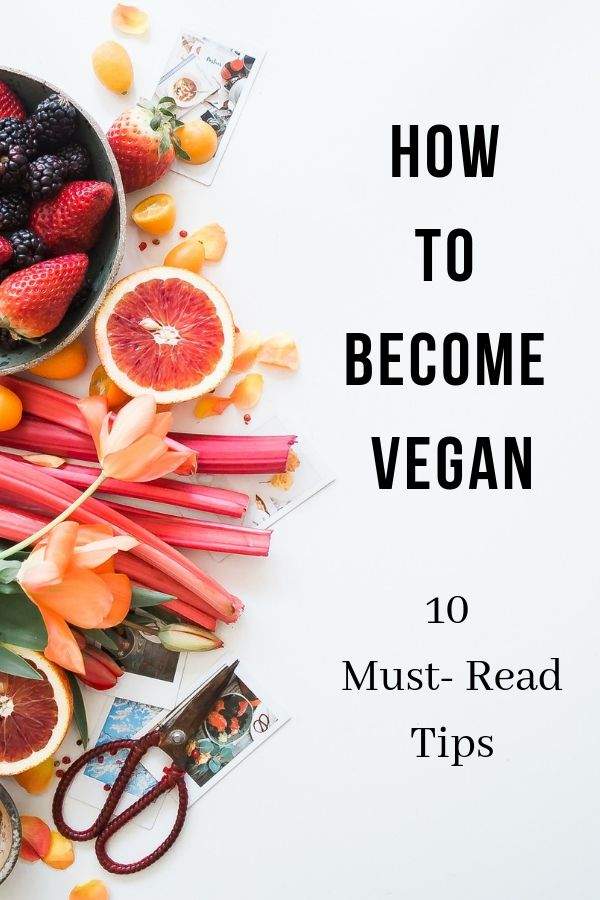 These are our top 10 tips on going vegan that we wish somebody had given us when we went plant-based! These will help you make that transition to a plant-based diet as effortlessly as possible.

Transitioning to a vegan lifestyle can seem really overwhelming but often the idea of a big lifestyle change is a lot scarier than actually doing it.

Like how jumping out of the plane is the hardest part about skydiving while the actual falling is super fun. So they say. I’ve never done it.

What I have done is going plant-based and I vividly remember what I have struggled with and would like you to have an easier transition.

Here are my top tips on going vegan for your transition to veganism. These are not rules, these are merely suggestions, be sure to tailor them to your specific needs.

Whether you’re trying to dip your toes slowly into the world of plant-based eating, or you’re even ready to go cold-turkey (irony!), it can be helpful to keep a few things in mind.

1. Better Ease Into It

Some people go vegan overnight, and they never look back. But let’s be real  – a slow transition might be way more sustainable than a 180-degree turn.

Why not start with a couple of small steps, like a Meatless Monday challenge at home. 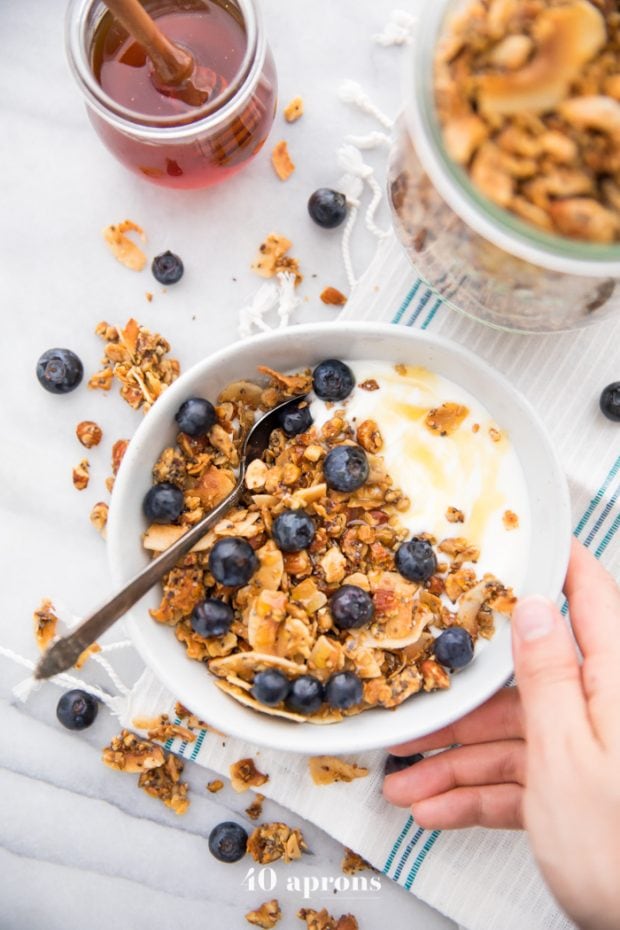 Now, this sounds horribly boring, but if you take just a little time to go over the basics of living a plant-based lifestyle, you will be both better prepared to look after the basic nutritional needs of your body, as well as better able to push back against the supposed “blandness” of the menu options you are restricting yourself to.

to gain a solid understanding of veganism.

Then treat yourself to some awesome vegan cookbooks: I like Thug Kitchen

for simple-yet-special weeknight dinners. If you’re on a budget, I recommend Frugal Vegan

. For all you bakers and dessert lovers out there, you’d get a lot of use out of this one

. Oh, and make sure to read my blog post on how to get vegan protein.

More: How to get protein as a vegan 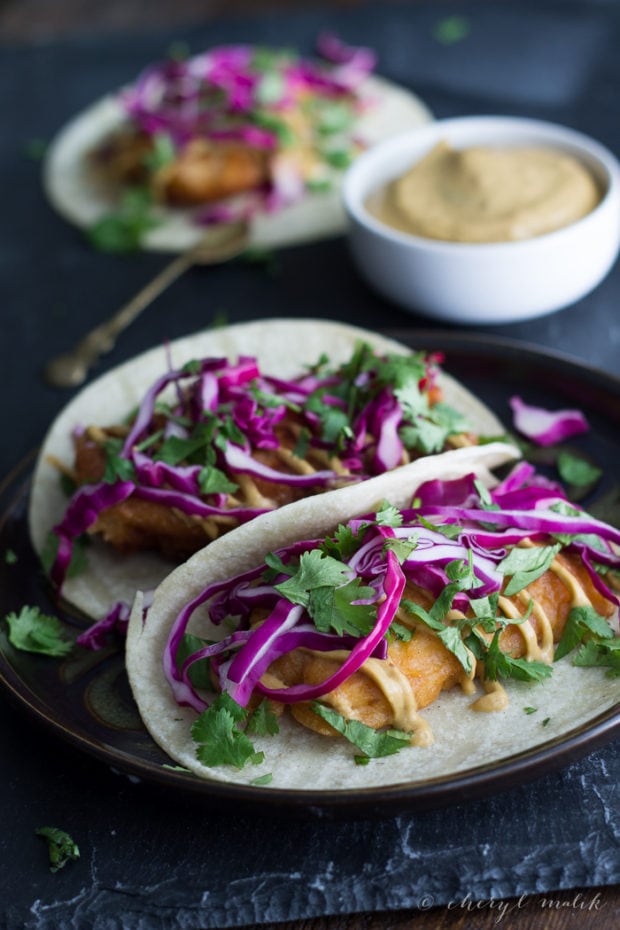 If you already have some culinary skills and experience, don’t assume that you’ll need to acquire an entirely new bag of tricks to change to a plant-based diet. Look at some of your favorite dinner recipes and think about how you might adapt them to be meatless and/or dairy-free.

It may be as simple as loading your tacos with beer-battered tofu, using cashew cheese on your nachos and tossing your pasta with vegan alfredo sauce.

It may mean trading the central protein for soy products, or even a hearty vegetable, like mushrooms. 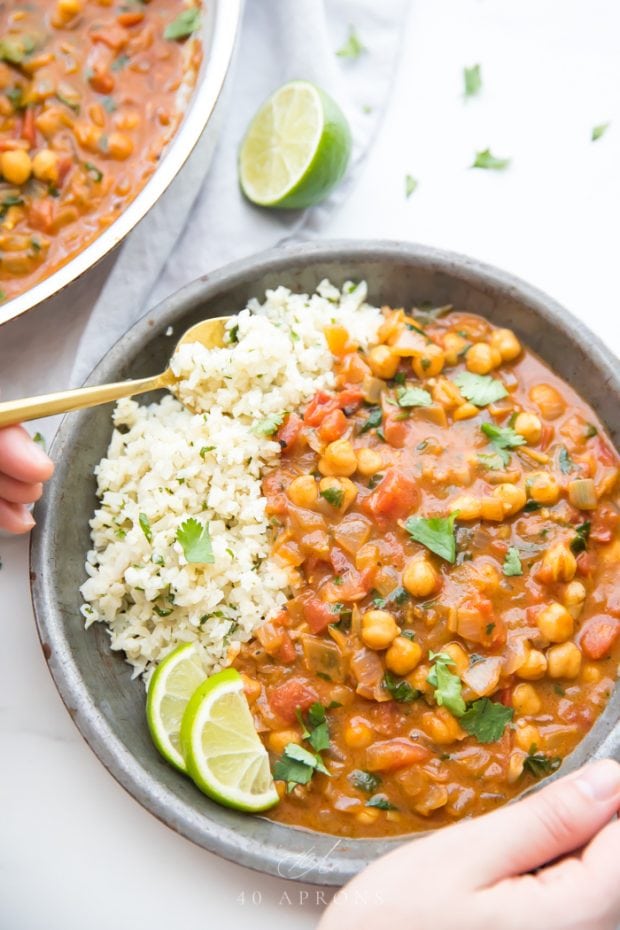 Going vegan does not have to be a limitation. In fact, once meat and dairy are off-limits,  you’ll find yourself learning about all sorts of global cuisines, use spices you’ve never heard of before, and try ingredients you’ve never even noticed at the grocery store.

A great many dietary traditions around the world are already plant-based, which means that vegans and vegetarians have many rich, exciting culinary traditions to draw upon.

If you’re new to plant-based cooking, explore meatless dishes and recipes from other parts of the world. Did you know that most Indian curries are vegan? Huh, right? Make sure to grab a copy of Vegan Richa’s Indian Kitchen

– this book will change your curry game forever.

And then there’s plenty of vegan deliciousness in Ethiopian as well as Middle Eastern dishes!

Dust off your spice rack and add new flavors to your food. (This Organic Spice Kit is a good start)

Use your transition to becoming a vegan as an excuse to try some new grains (hello, farro), legumes, and vegetables. 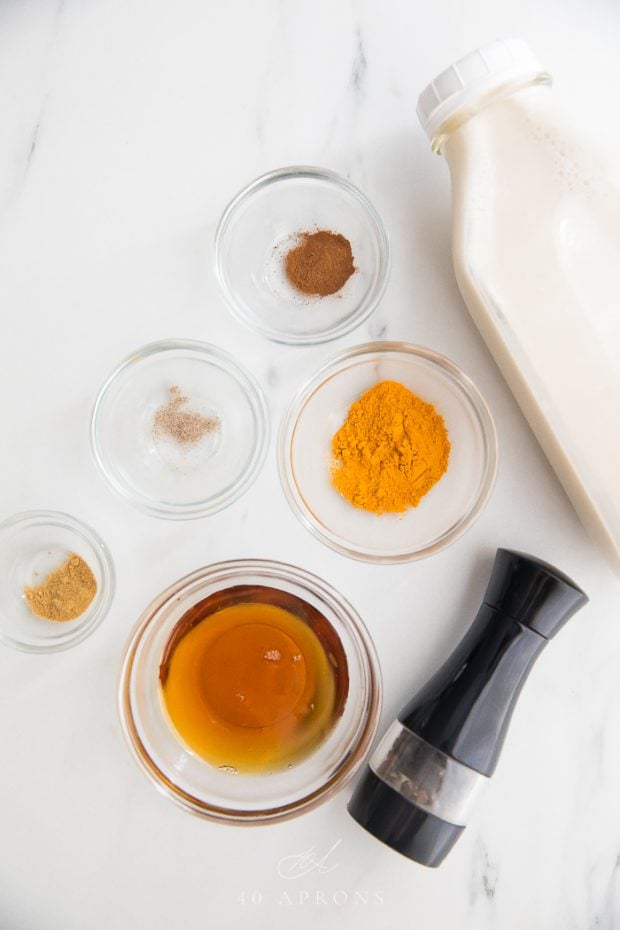 5. Be realistic – Look for meat alternatives, not substitutes.

Some people will like products that remind them of the products they used to love but have given up. That’s cool.

There’s nothing wrong with having a vegan soy patty or soy grilled cheese, but in the long run, it’s neither healthy, affordable, or practical to base your recipes those types of foods.

Instead, familiarize yourself with new kinds of ingredients like tofu and tempeh (you can make your own cheaply using this kit).It can also be fun to think creatively and imaginatively about how to capture the essence of a traditional recipe without animal protein.

No, my vegan coconut caramel does not have the typical buttery taste of caramel but it does evoke the same, sweet creaminess. 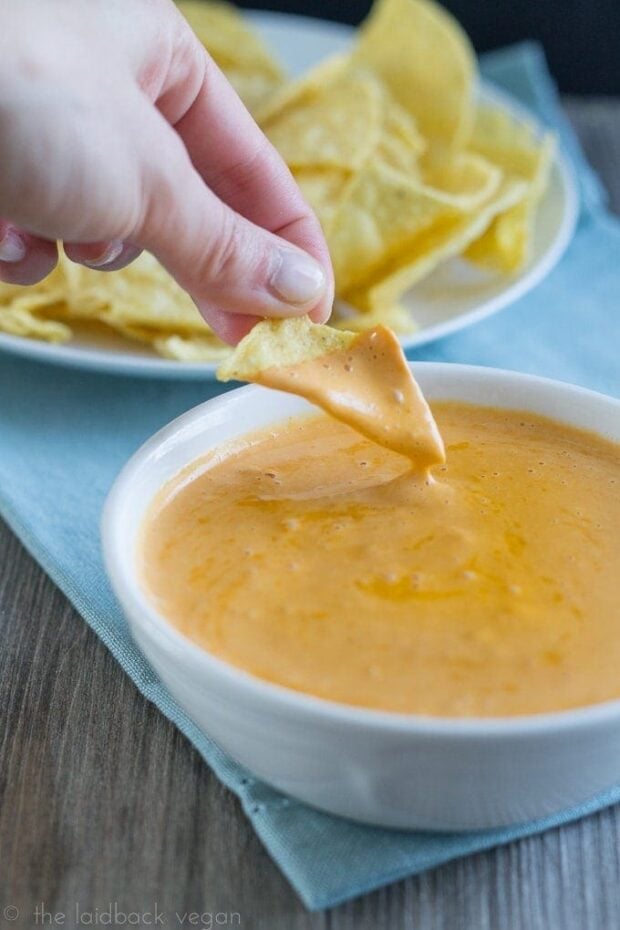 I’m 100% convinced I could fool any nacho-lovin’ dairy-eatin’ sucker with this vegan nacho cheese sauce, it’s that good

It’s surprising how many people can do without meat – cheese on the other hand? Completely different story!

Let’s not even pretend that giving up dairy is easy – but learning how to make your own substitutes will definitely help matters. Some of them kick some serious booty. Trust me on this one.

Making my first batch of vegan nacho cheese sauce—which authentically captured the creaminess and richness —was a revelation. So is my vegan queso blanco!

Oh and homemade nut milk guys! Cost effective and defs a big step up from what you can find in the store. 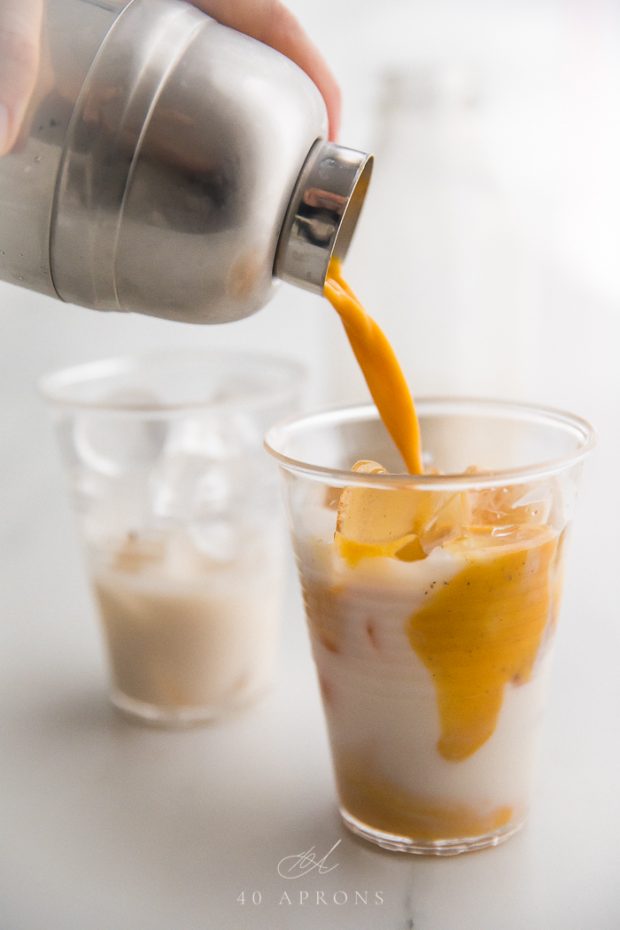 Now, all those grains, legumes, nuts, and seeds are delicious – we get it! But sooner or later you’ll have a hankering for that “meaty” texture! —Tofu, Seitan and Tempeh are your buddies!

When preparing these products, be sure to use a boldly flavored marinade or/and frying sauce to help balance tempeh’s earthy taste, and if you find it bitter, you can steam it before marinating, too. 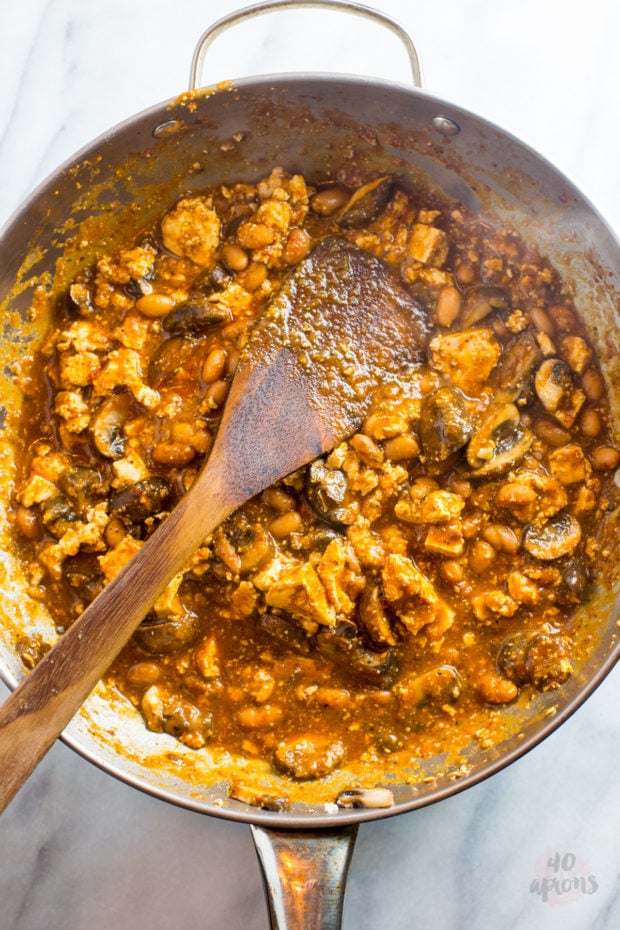 The key to tofu is experimentation. And don’t skimp on flavor! My Tofu Sofritas Bowl comes with a smoky, spicy, super flavorful sauce you’ll love!

For the most part, I try to feature homemade ingredients on my blog. But in spite of the fact that I love to make things from scratch,  I don’t avoid vegan products, and I think that keeping an open mind about them can really enrich the authenticity of your food.

Most store-bought alternatives for animal products are awesome and especially important when you’re transitioning and vegan cooking still feels like one big adventure.

Beyond Meat, Earth Balance, etc. make your life a lot easier in the beginning.

These vegan substitute products can go a long way, and it’s comforting to know that they’re an option if I feel like cheating a bit. 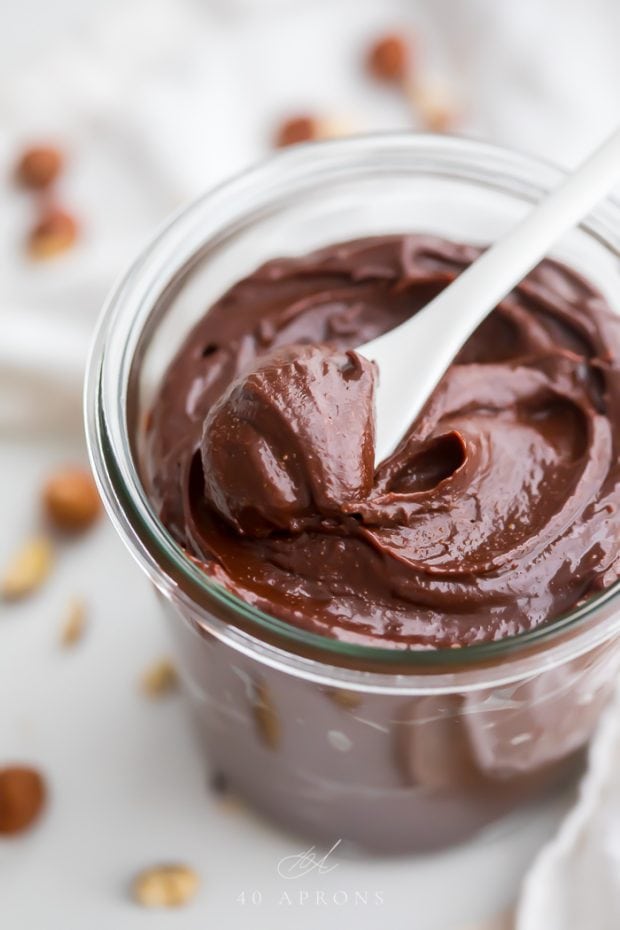 This Nutella tastes just like the famous chocolate hazelnut spread that everybody loves, but it’s vegan!

9. Have fun while going vegan!

Over time you will learn how to cook some kick-ass vegan food. Don’t make going vegan a restrictive, cruel ordeal.

Have a great time along the way. If you do have friends who are interested in, or at least not opposed to plant-based cooking, invite them over for some recipe testing. And feed them some vegan cake batter because that stuff is the glue that holds friendships together. 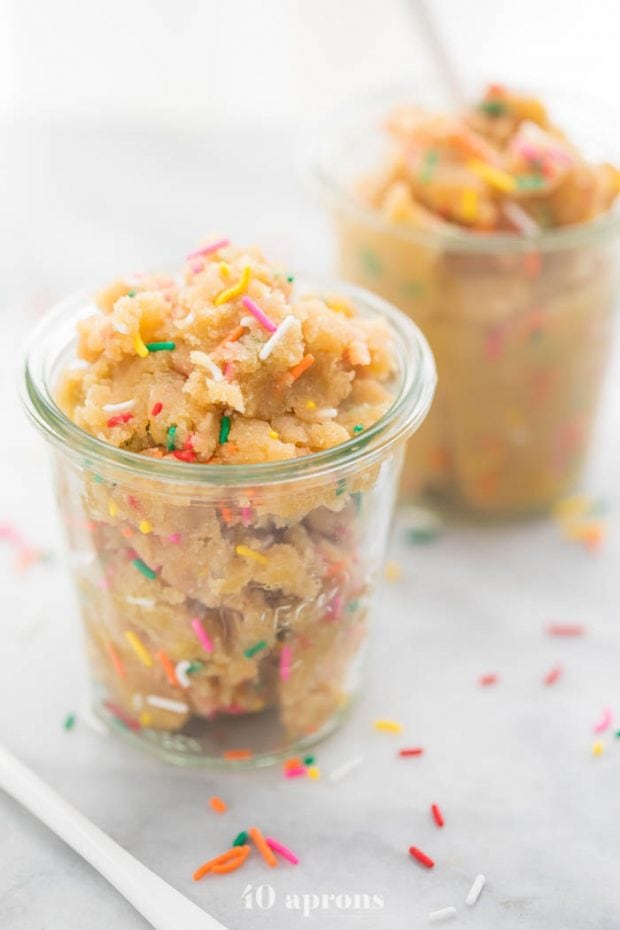 When I say have fun, I actually mean make my Vegan Funfetti Cake Batter.

Have a health check before and after turning vegan so see what difference your lifestyle change made to your all-over health. Seek professional advice on how to get which nutrients on a balanced plant-based diet. Make a food diary and/or use free online nutrient trackers like My Fitness Pal to check your macros.

That’s it you guys! I hope these tips on going vegan will help you feel less daunted! You can do this!

I’ve been vegan off and on for basically my entire life! I love bringing elements of a plant-based diet into our lives, though we don’t eat within any major restrictions.

I highly recommend looking into eating meatless occasionally to help you reduce your overall meat consumption for both health and environmental reasons, as well as to help you get more veggies in your diet!

My philosophy is to eat in a balanced way, restricting nothing completely, focusing on veggies, and giving up diets that require rules or names. Integrating elements of a plant-based diet into your way of eating is fab for many reasons, and it’s one of my favorite approaches to keep in mind, even if you aren’t or never want to be fully vegan!