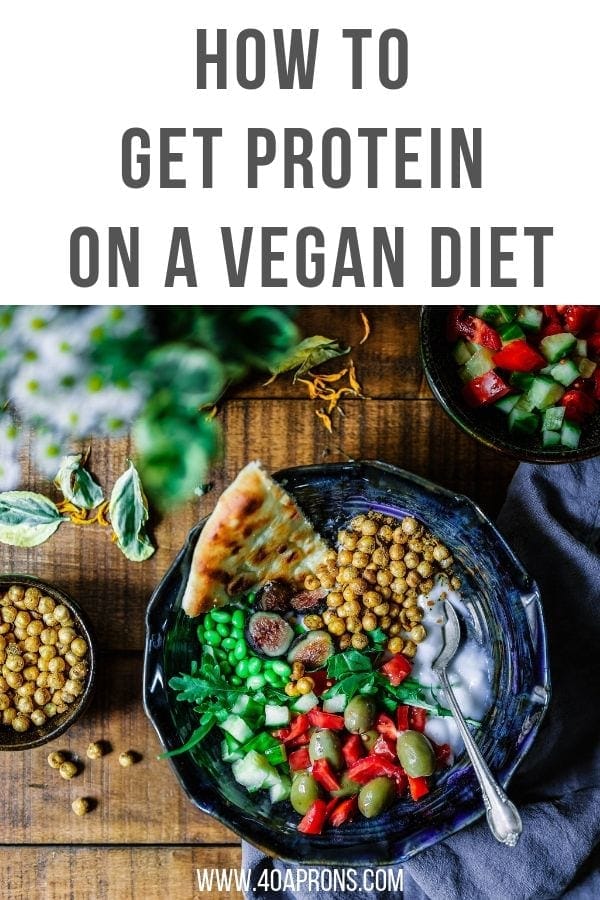 Vegan diets don’t have to be low in protein. These 15 best vegan protein sources make it easy to get your protein fill if you’re eating a plant-based diet.

So, you’ve come out to your family and friends: you’re Vegan! And while nowadays everyone is very quick to assume a sympathetic gaze and make all the right noises when you assure them that you’re still the same person, at least two things are certainly about to happen.

First, they are mentally crossing your name off of the list of people that they invite to dinner-parties; and second, you’re going to get the “It’s lovely that you feel that strongly about yadda yadda yadda, but how are you going to stay healthy?”

Meat-eaters will never stop asking and vegans always get sick of hearing it:

“How do you get your protein?”

Heard that one before, didn’t you? Me too, guys!

The image of a skinny hippie comes to mind when thinking of veganism. After all, there’s no way we can be muscular as vegans, right?

I know, I don’t need to tell you guys that this is wrong. You know it. You’ve googled for vegan protein sources and found me. Hello – stay with me! I want to tell you all about plant-based sources of protein.

Before we dive right into all the unexpected and delicious ways to expand your protein horizons, let’s take a realistic look at how much protein we actually need in a day!

How do you get to that number on a vegan diet? Here are 15 vegan protein sources to try on for size:

Let’s start with what you might already have in the fridge. Even though vegetables are not very high in protein compared to some other foods, many of them contain good amounts of protein relative to their calorie content. Did you know that one cup of cooked spinach has about 7 grams of protein? The same serving of French beans has about 13 grams. Two cups of cooked kale? 5 grams. One cup of boiled peas? Nine grams. Not bad, right?

Hemp Hearts aka Hemp Seeds are nutty and sweet,  a bit like pine nuts. By tossing 30 grams of hemp powder in your smoothie bowl, you not only add to the flavor experience but also get about 11 grams of protein on top – just like that. 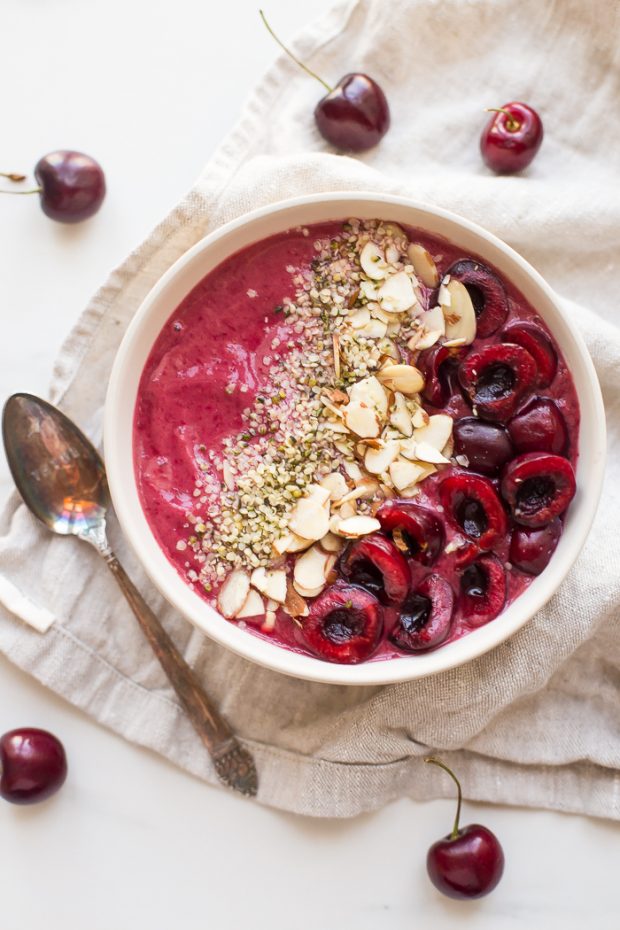 Amond milk can pack about 7-9 grams of protein. Eat with some homemade vegan granola and you’ve got a totally vegan-friendly breakfast.

Find ways to include your peanut butter, almond butter and cashew butter into your diet. A couple of tablespoons of any one of these will get you 8 grams of protein. If you get tired of eating it straight from the jar, make some peanut butter granola bars!

The obvious one! But for a reason has tofu earned its positions as the most commonly known vegan protein! Tofu is very versatile and can be prepared in many ways. Use it for baking and stir-frying, or blend it into soups to make them creamier and higher in protein. Four ounces of tofu will get you about 9 grams of protein.

So many reasons to love lentils! With lentils, you can make rice dishes, soups, veggie burgers, lentil bolognese, casseroles and more. One cup cooked delivers a whopping 18 grams of protein!

A vegan’s BFF -especially if you’re on a budget! With one cup of pinto, kidney or black beans, you’ll get about 13-15 grams of protein, a full belly and loads of fiber which aids digestion. Why not add some refried beans to your fave dinner sides? 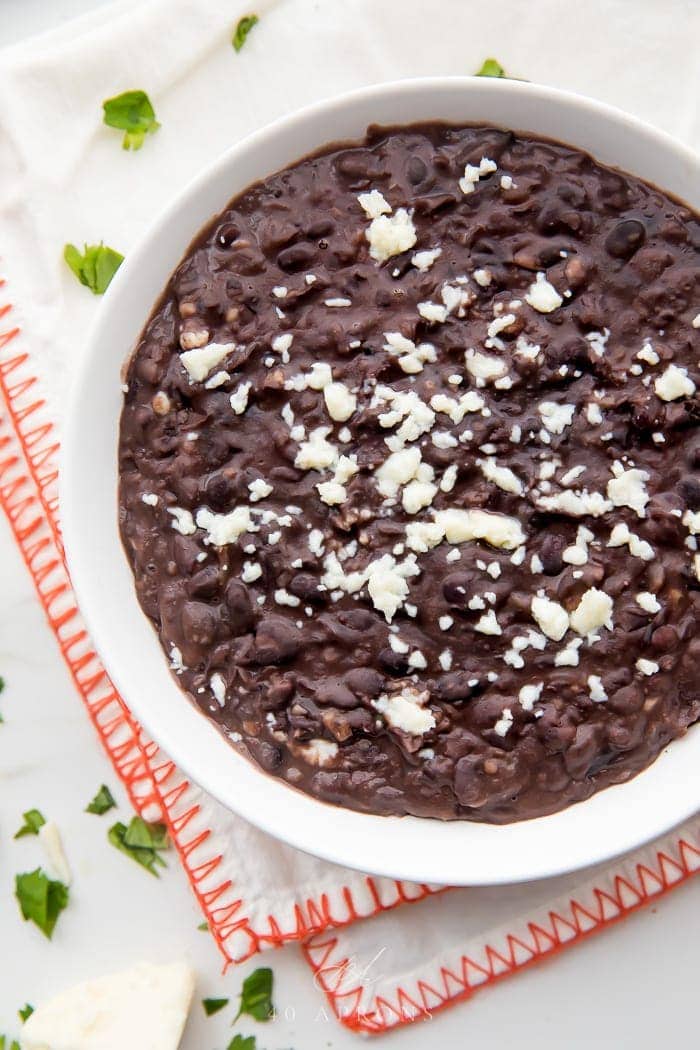 My faves! Cooked chickpeas are high in protein, containing around 7.25 g per ½ cup. Add them to stews and curries, like my vegan chickpea curry, or toss them in olive oil, spiced them with salt, cumin, oregano, paprika and roast them in the oven.

This fermented soyfood is one of the top vegan protein sources! One cup of tempeh packs about 30 grams of protein! That’s more protein than a 5 egg scramble or a regular beef hamburger patty. I like to steam it and drench it in my homemade chimichurri sauce. Nomnomnom.

Love your bowl of morning oats first thing in the morning? Awesome! Because oatmeal is a whole grain, it does have protein in it. One cup of cooked gluten-free oats carries six grams of protein, that’s the equivalent to about one ounce of meat. 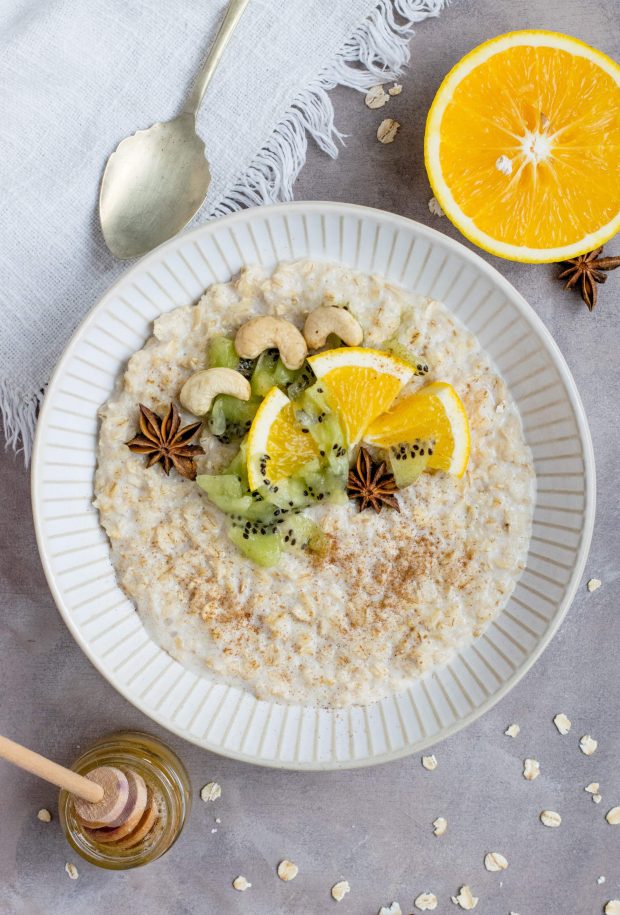 Also rising on the food-trend horizon is a blue microalgae called Spirulina which contains around 8 g of protein per 2 tablespoons. A great vegan protein source that is also rich in nutrients, such as iron, B vitamins and manganese. Commonly added to water, smoothies, or fruit juices, it will give your creations an eye-catching aqua pop. It is available online ( I order mine here), as a powder or a supplement.

Chia Seeds are rich in fiber and heart-healthy Omega-3 fatty acids. Try adding chia seeds to a smoothie, sprinkle them on top of a bowl of plain yogurt or soaking them in water or almond milk to make a delicious chia pudding. They also work as an excellent replacement to egg in vegan cooking.

Pumpkin seeds, aka. pepitas, are one of the most overlooked vegan protein sources out there, containing 8 gram of protein per 1/4 cup. They’re also an excellent source of magnesium, not to mention pretty tasty!

God, my obsession with seitan cannot be tamed. A staple in Asian diets for years, this vegan meat-like substance is made from mixing wheat gluten with various spices. The high-wheat content means that it should be avoided by people with celiac or gluten intolerance.

Guys, I can’t stress enough that plant-based foods can be a great source of protein! Whether you’re vegan or just trying to cut down on the meat, there is a real benefit in reducing animal proteins in your diet and it does not have to feel like you’re sacrificing anything!

For more info on how to transition to a vegan diet, check out my blog post on How to Become Vegan and 10 Tips on Going Vegan.