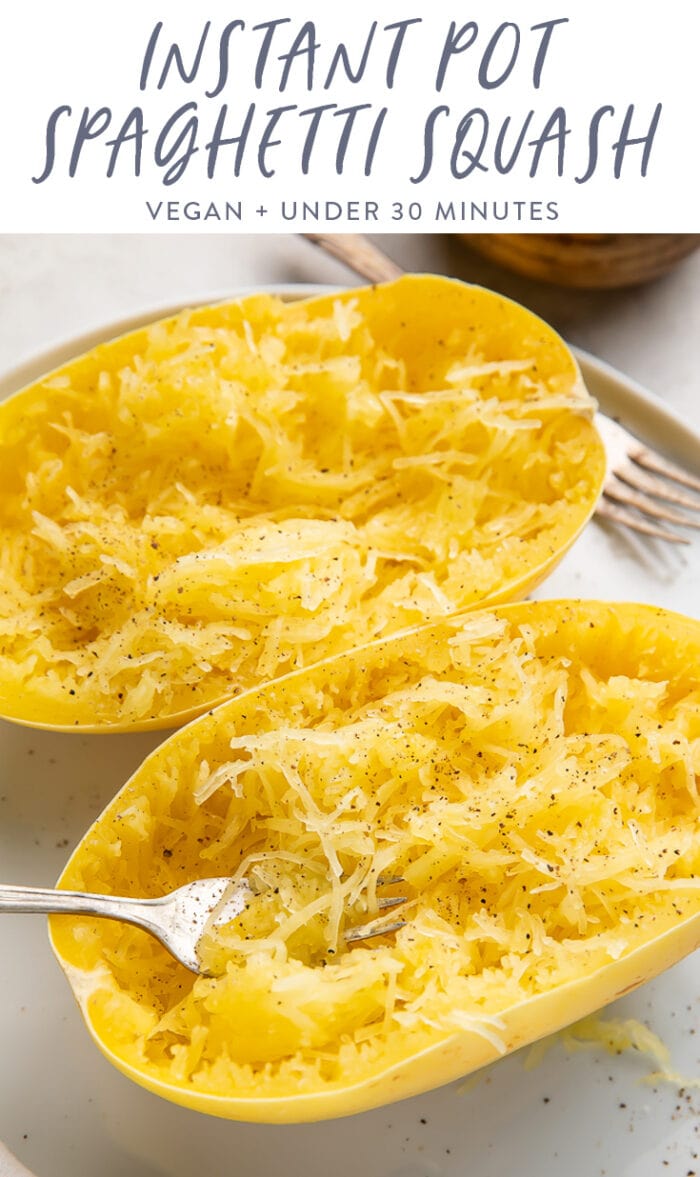 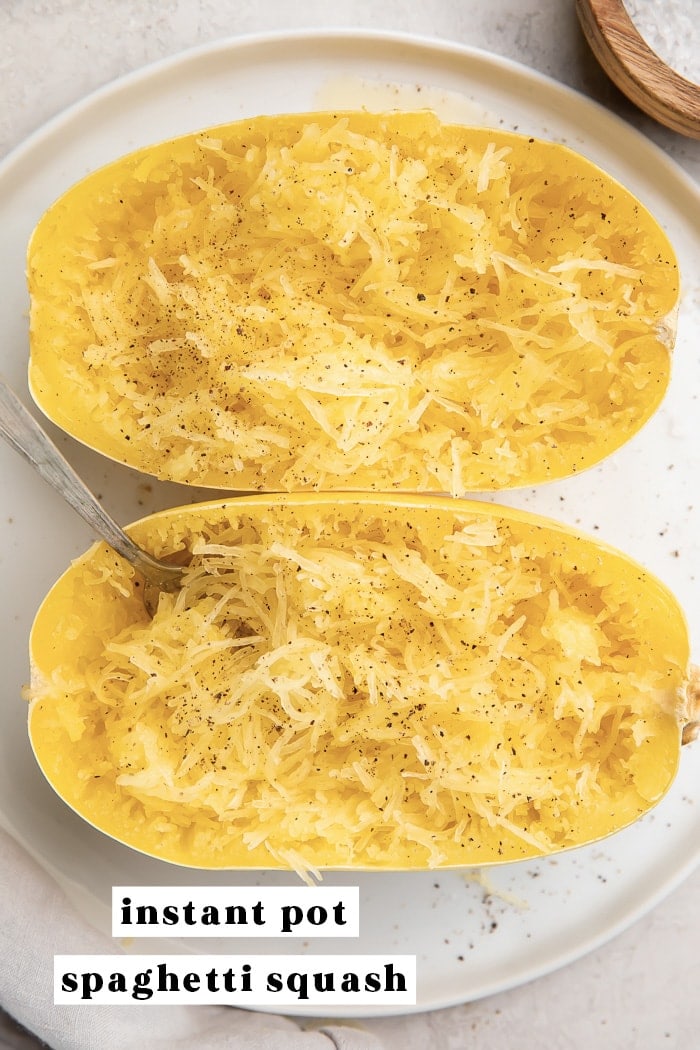 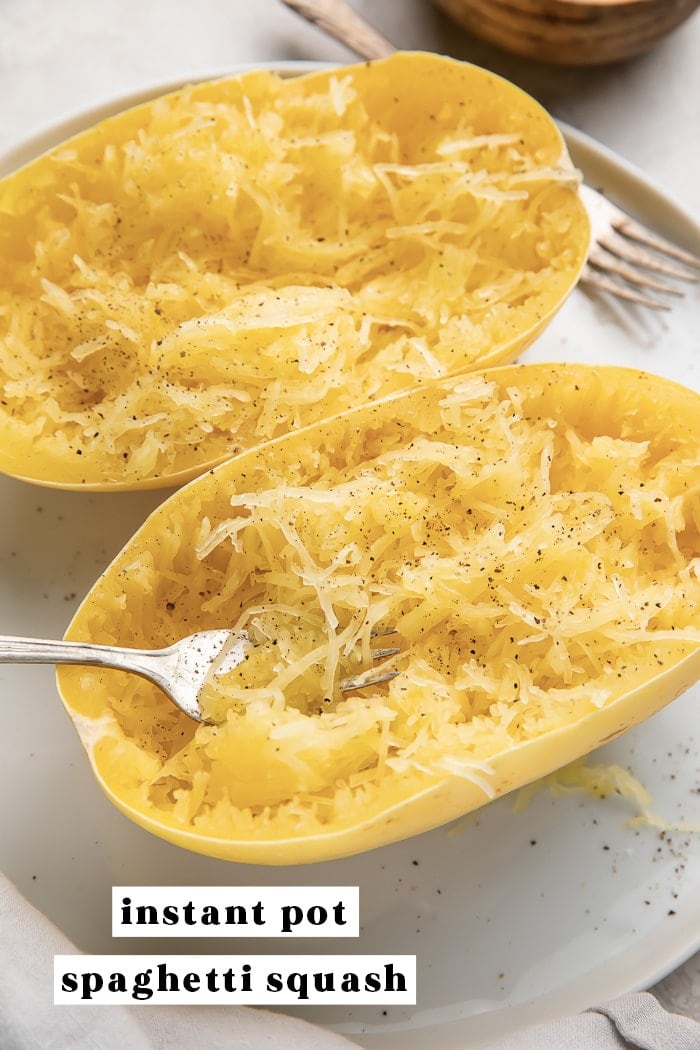 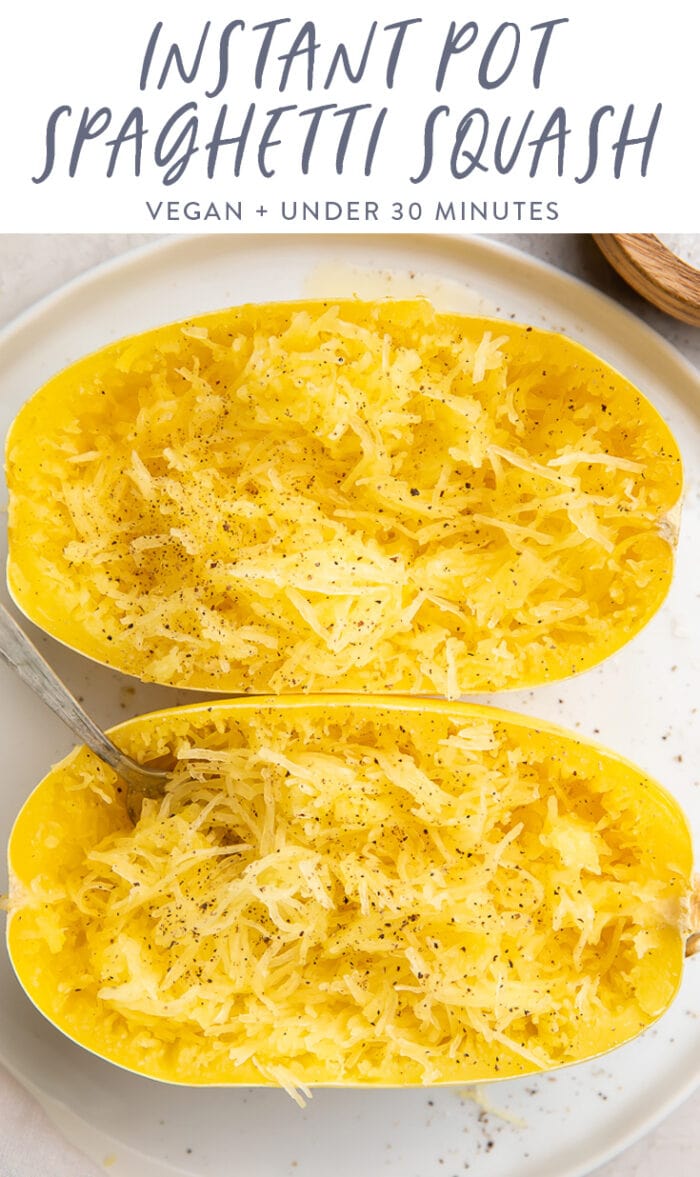 How To Make Spaghetti Squash in the Instant Pot

The full recipe is below, but here you’ll find all the steps for making this recipe perfectly the first and 100th time, along with useful tips and info!

Cut the spaghetti squash in half and seed it. (See the top tips for how to!)

Select high pressure and set the timer for 7 times. Allow 10-15 for the pressure to build.

Once the time is up, natural release for 5 minutes, then quick release.

Drag a fork through the flesh of the spaghetti squash to make “noodles.” Serve with your favorite pasta sauce and toppings! 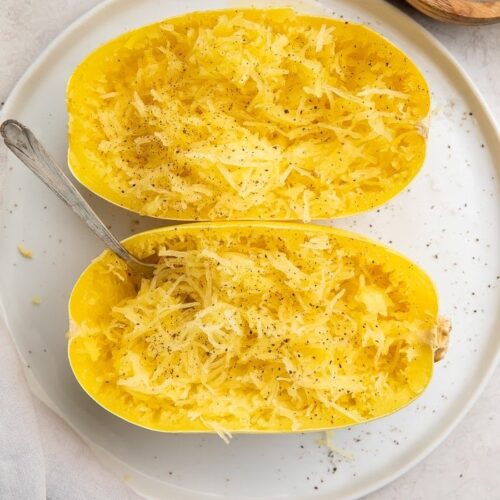 The Instant Pot makes the most delicious and tender spaghetti squash in under 30 minutes!

Wine pairings (no wine on Whole30)

Wine pairings
Remember – no wine on Whole30!
I recommend buying wine from Scout and Cellar, especially for lower carb or sugar and the health conscious. There’s no added sugar to these wines, and they’re all much lower in carbs, calories, and sugar. For me, there’s no headache or fogginess the next day!
There are a ton of different wines that pair well with pasta, and you definitely want to consider your sauce when picking one. These are good bets no matter if you have tomato or cream sauce:
– Cabernet Sauvignon, like 2017 Fieldhouse Cabernet Sauvignon from Mendocino County, California
– Malbec, like 2017 Solar del Alma Malbec from Mendoza, Argentina
– Pinot Grigio, like 2019 Che Fico Pinot Grigio from DOC delle Venezie, Italy