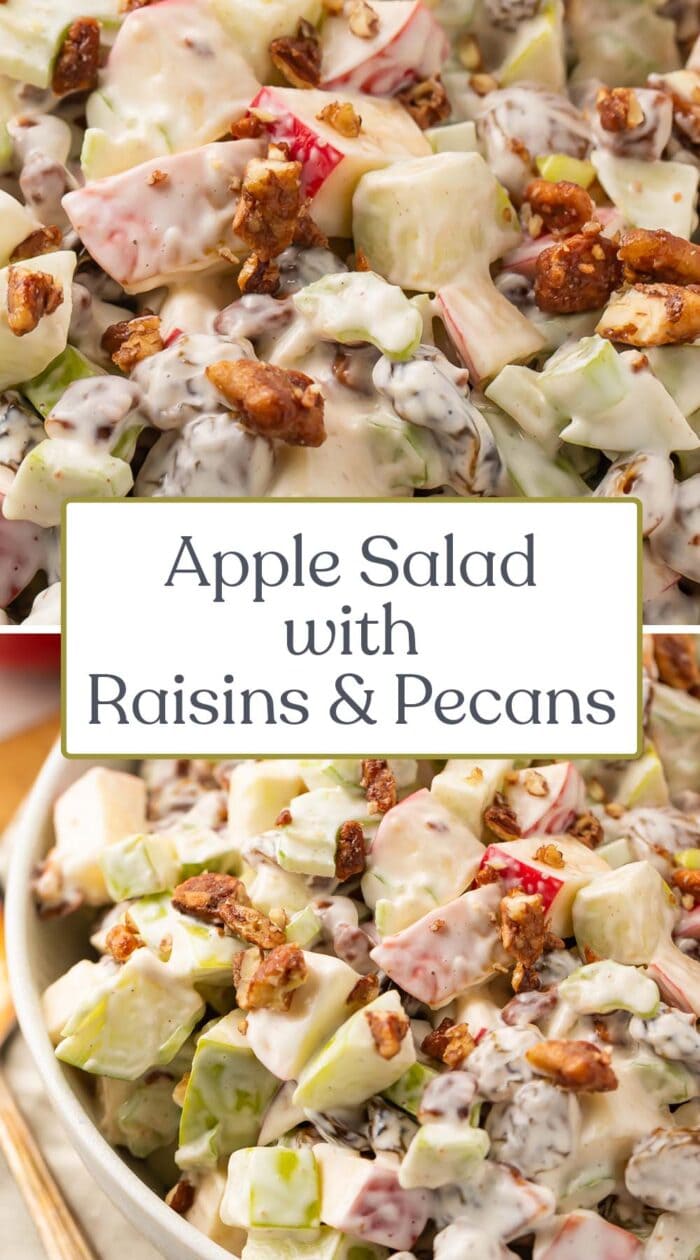 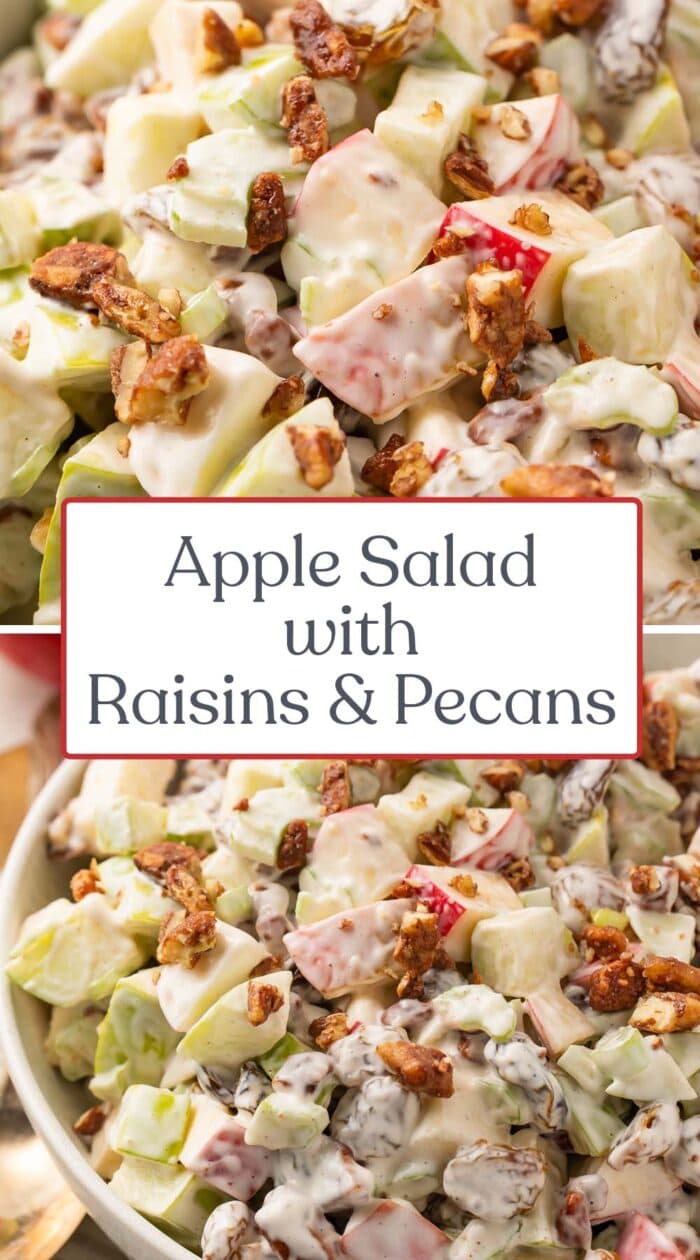 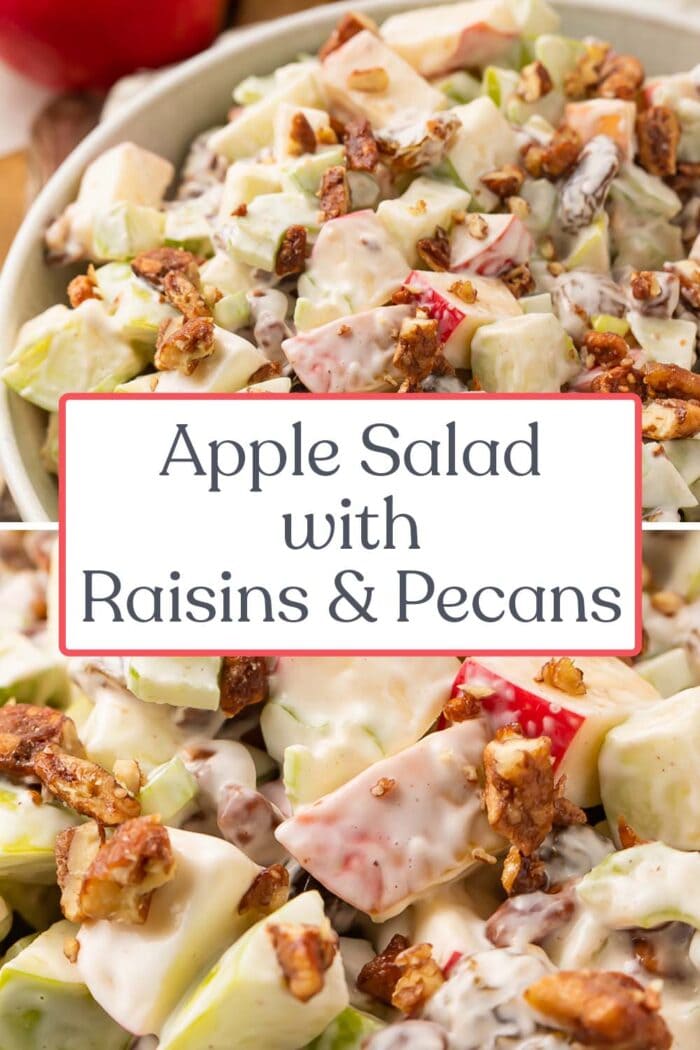 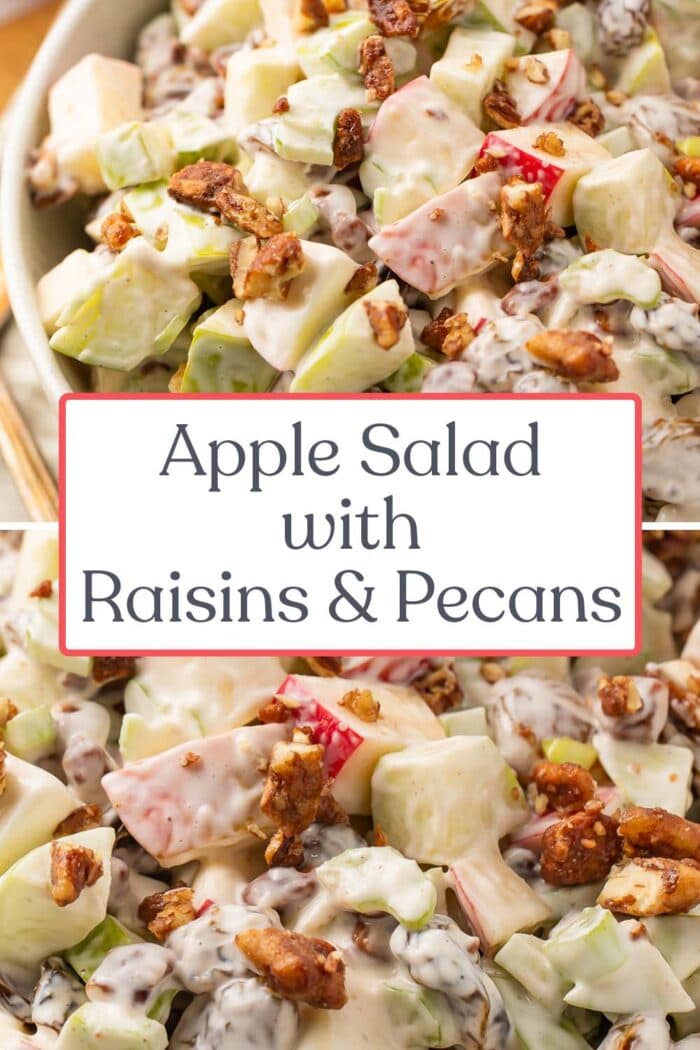 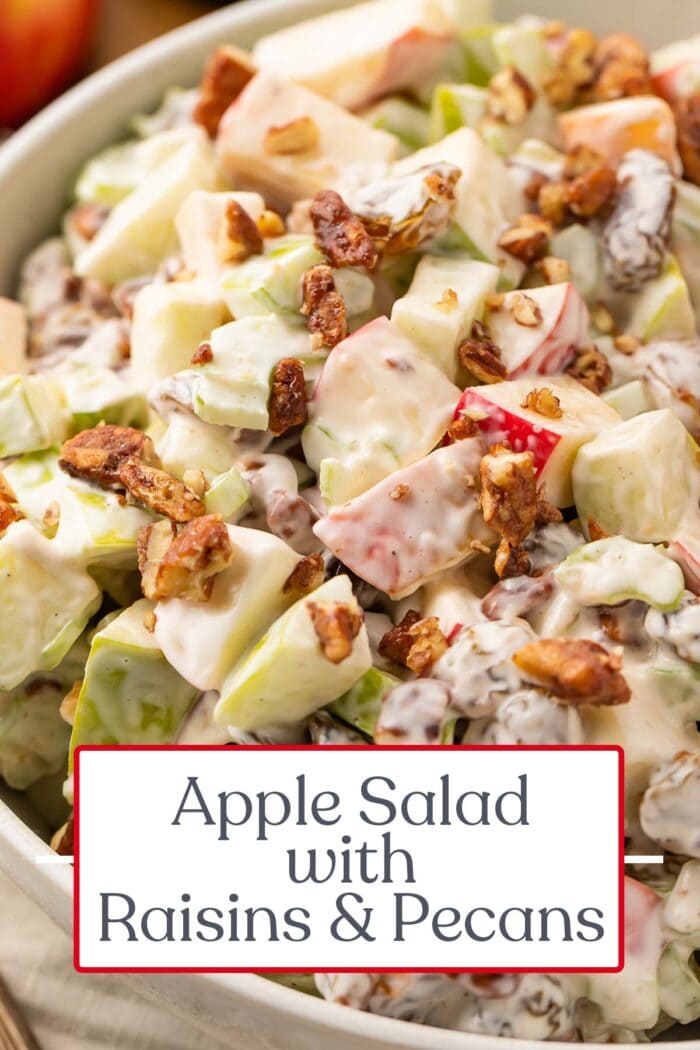 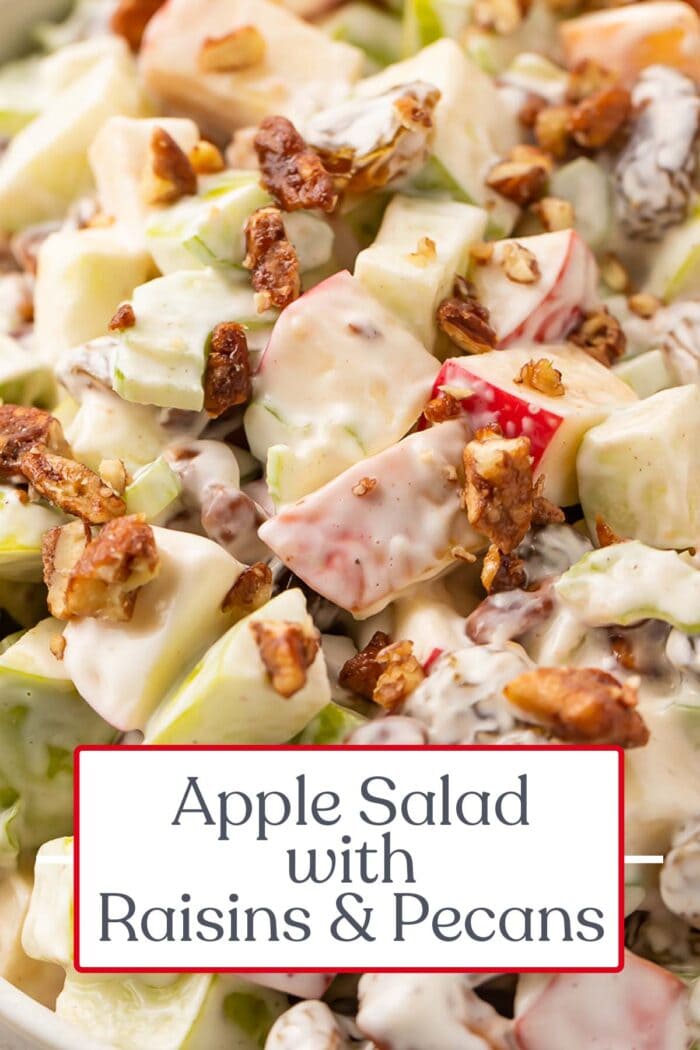 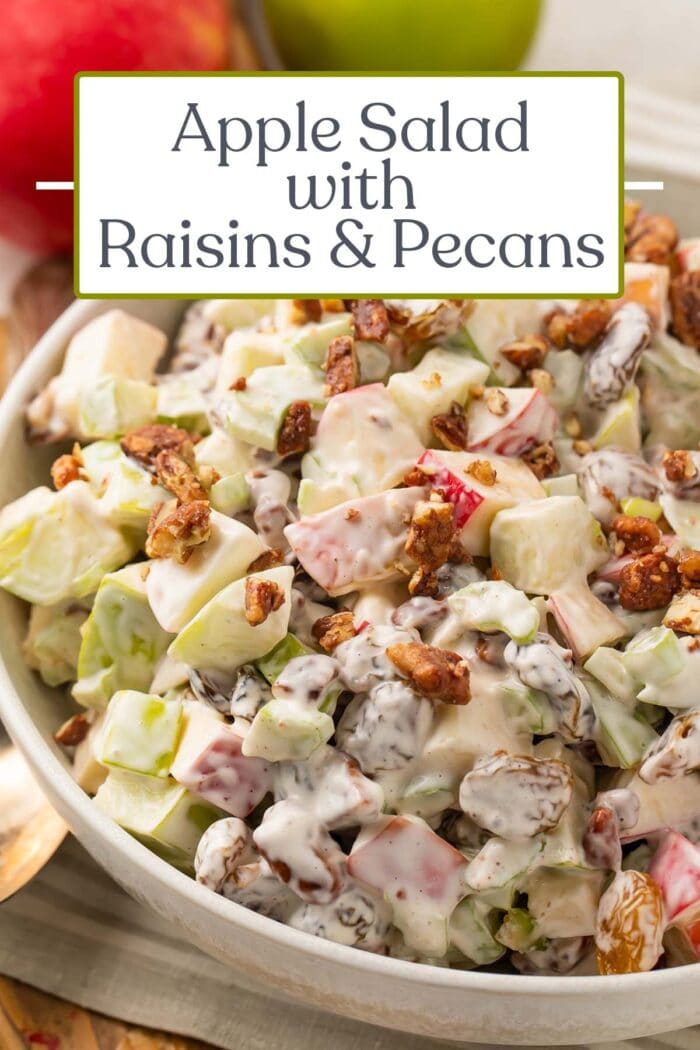 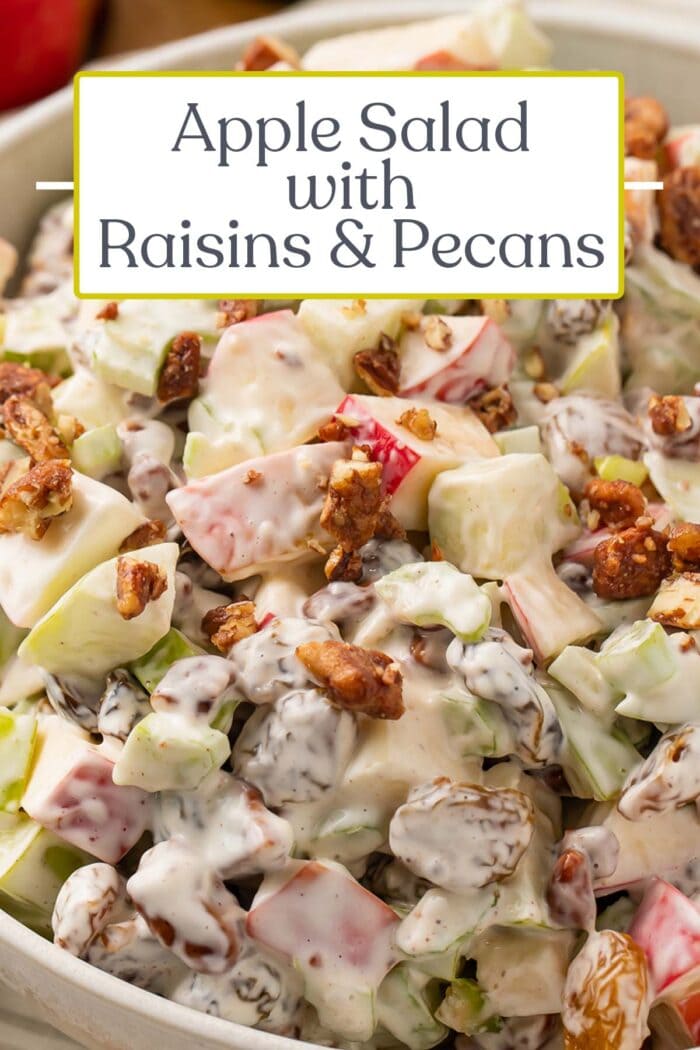 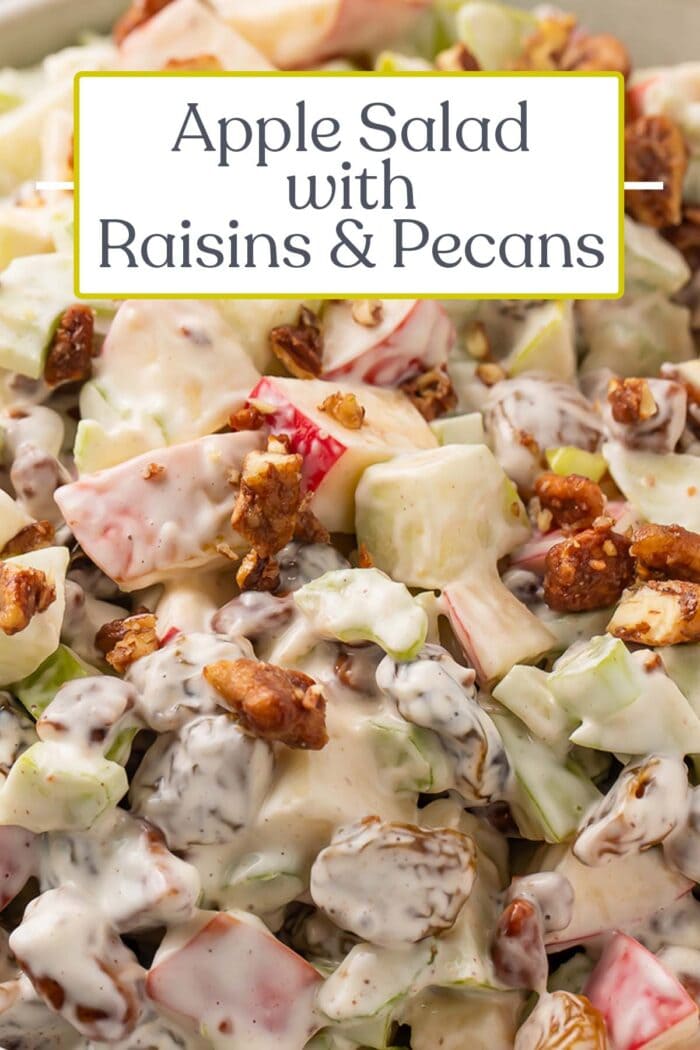 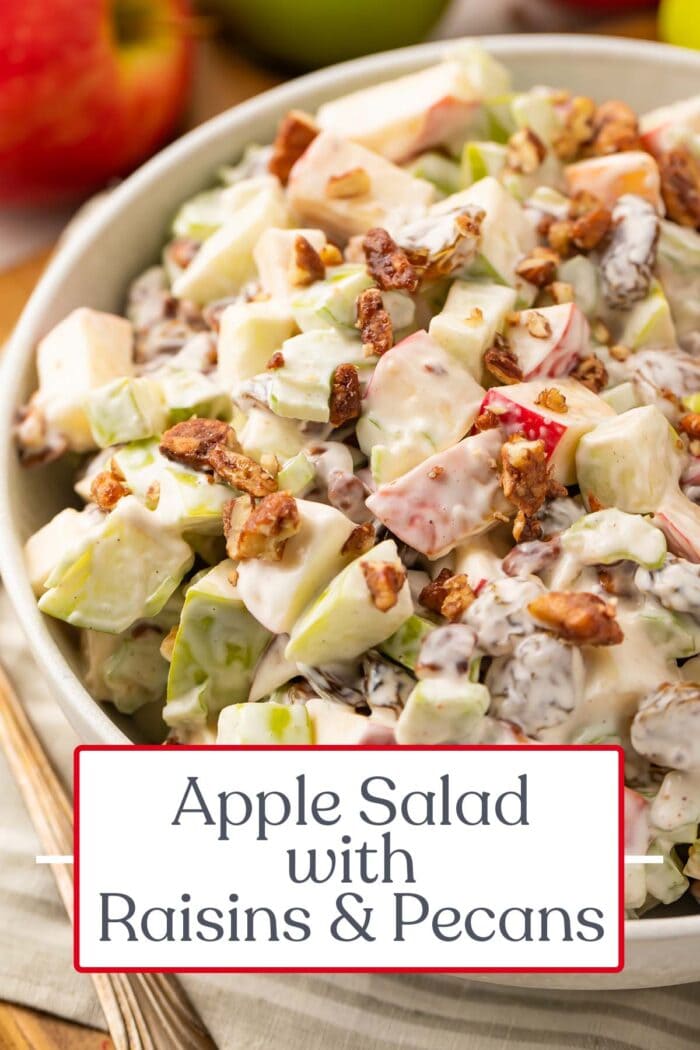 This refreshing, creamy apple salad has so much flavor; it’s sweet, tart, and tossed in a creamy dressing. Cubes of juicy apple with plump raisins, toasted or glazed pecans, and an added crunch from diced celery, this side dish is super quick and easy to make and absolutely delicious, making it a potluck or BBQ favorite.

What Makes Apple Salad So Good

Apples – Use your faves! Personally, I really like to use a mixture of green apples and red apples, like pink lady apples. We usually do an even half-and-half combination. You could use all green or all red, or whatever ratio you like! Leave the peels on, both for added color and for extra crispness.

Cinnamon – Is there anything more classic than apples and cinnamon? A dash of cinnamon adds a warmth to this apple salad that’s really nice. If you’re big on cinnamon, feel free to use a little more. Just don’t overdo it! For a variation, use apple pie spice or even pumpkin pie spice.

Yogurt – A plain yogurt will work here, but I really like using a vanilla yogurt from time-to-time to add a little sweetness. Use vanilla yogurt and leave out the celery, and it’s way more like a dessert than a side! You could also use Greek yogurt or a dairy-free yogurt.

Mayonnaise – I really like the tang that mayo adds. If you don’t want to use mayonnaise, swap it out for sour cream, Greek yogurt, or just more of the yogurt you’re already using.

Like Apple Salad? You’ll Love These Salad Recipes, Too! 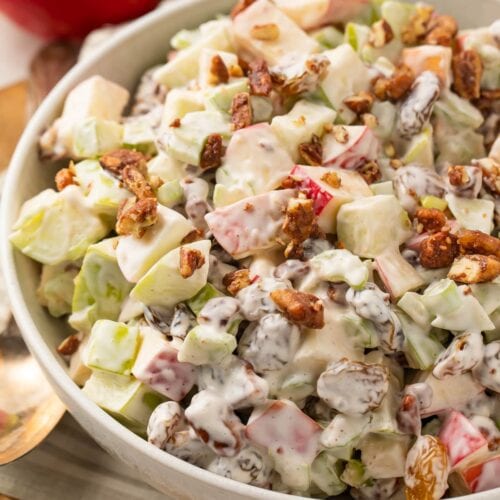