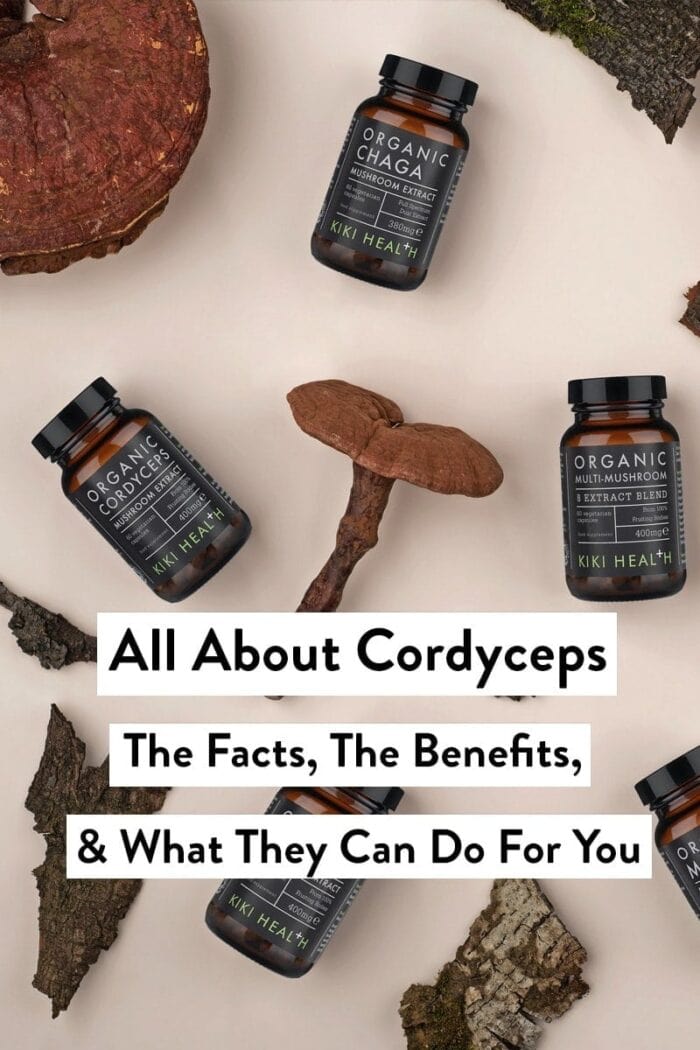 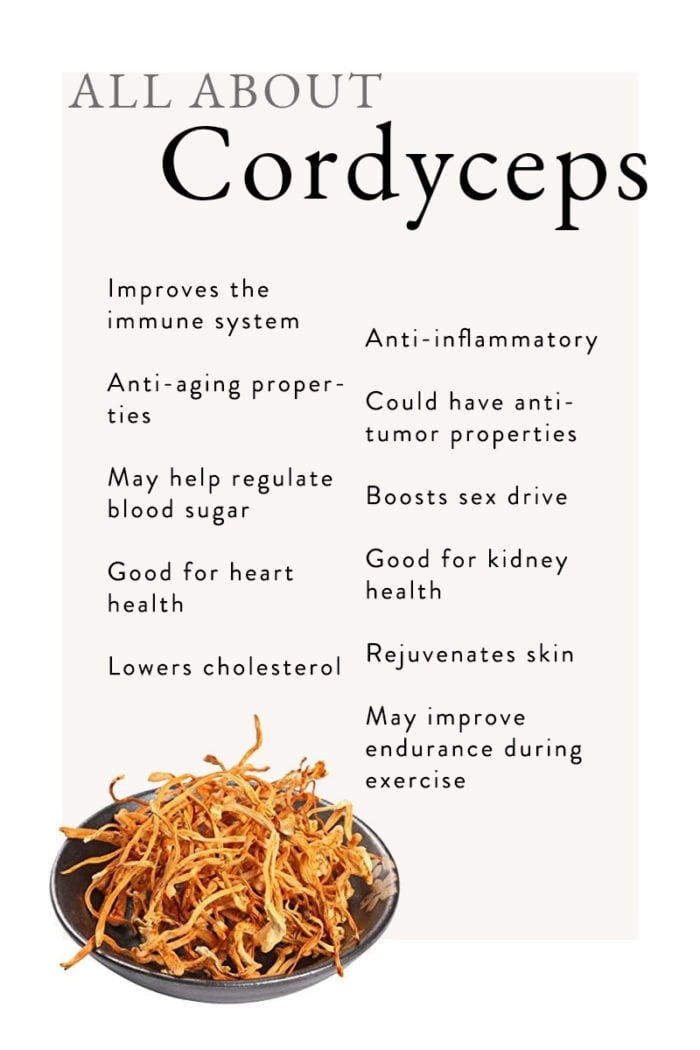 Cordyceps is a total powerhouse in the supplement world. Used for a variety of ailments in Chinese medication for hundreds of years, cordyceps has now been shown by science to have tons of potential benefits, including improving immunity, managing type 2 diabetes, and even life longevity. We’ll break down the facts, the benefits, and even its unusual origin.

Please keep in mind that we are not doctors or medical professionals, and we always highly recommend speaking to your own doctor prior to starting or taking any supplements or making lifestyle changes. NOTHING in this article is medical advice and should not be taken as such. These are simply general concepts, not prescriptive information or health advice. We cannot emphasize this enough! Proceed at your own risk.

Cordyceps is a type of parasitic fungus that grows on (and in) caterpillars. If you’re super grossed out and thinking, “Welp, that’s enough Internet for today,” you should know most cordyceps sold in extracts are made in a laboratory. They’ve been used for centuries in traditional Chinese medication for a variety of ailments, and while scientific studies on cordyceps are still in the early stages, their findings are promising.

What Are The Benefits?

While studies have not been done on humans, cordyceps has been shown to help hinder the aging process. In fact, mice who took cordyceps lived several months longer than mice who did not. Other studies have shown that it also improved their memory and sexual function.

Cordyceps was shown to act similar to insulin in diabetic mice, helping to lower blood sugar to normal levels. It also lowered their cholesterol levels and helped improve kidney function. Diabetic mice who took cordyceps also gained less weight than those who took a placebo.

May Act as an Anti-Inflammatory

Scientific studies on mice show that cordyceps can decrease inflammation, both externally on skin and internally in the respiratory system.

Could Have Anti-Tumor Properties

Though the research has primarily been done within labs, cordyceps has been shown to slow the growth of tumors with certain cancers, including ovarian, skin, and lung cancer.

How Do I Take Cordyceps & What Should I Expect?

Cordyceps can be taken in capsule form, although it’s also available as a drink, powder, and tincture or liquid. You can also buy them whole, but it’s not cheap. Capsules are probably the most popular way to take cordyceps, and since each brand is different, make sure you read the label to make sure you are taking the accurate dosage. You can also steep them in a tea, but it’s up to you!

Cordyceps are widely considered to be safe to take daily, but, obviously, talk to a medical professional before starting a new supplement plan. Some people reported nausea or diarrhea after taking cordyceps.

Talk to your doctor before starting any supplement or vitamin plan to make sure it’s a healthy choice for you. In particular, if any of the following apply to you: