Yesterday was Memorial Day, which means it’s officially Mexican-food-all-the-time season! Avocados, tomatoes, peppers, and cilantro are in season, so there’s really no other option than Mexican food… all of the days. Yet is it just me who has trouble thinking of interested side dishes to go with Mexican dinners? Refried beans from a can retain their can shape in my mind, full of I-don’t-know-what-this-is-or-how-to-pronounce-it ingredients that are less than desirable. And I’m always underwhelmed by most rice at Mexican restaurants, and most of it is made with chicken broth and white rice in the first place, making it both non-vegan and not very healthy. The Vigo bags of yellow rice from the market are totally delicious but, again, filled with chemical-laden rogue ingredients and white rice (stripped of its fiber-full bran). 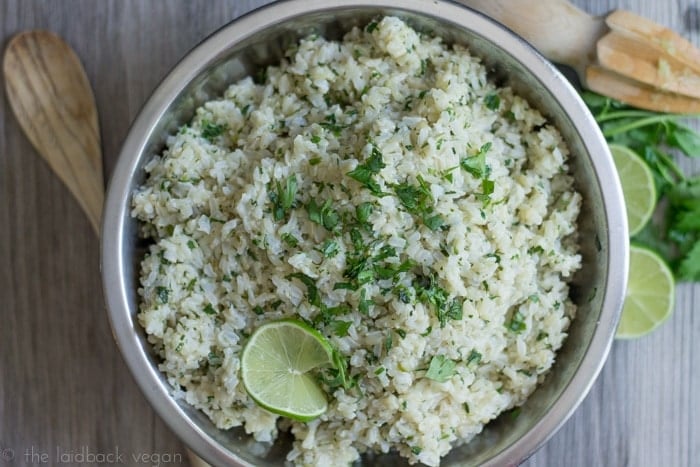 Enter.. cilantro lime brown rice. First made for a Cinco de Mayo potluck, this simple, yet extremely flavorful side dish quickly became a staple in our house. I’d had cilantro lime rice before at various burrito factories, so I was a bit shocked when I tasted my homemade concoction and discovered an explosive flavor, all at once aromatic, tart, and nutty. The brown rice really pulls its weight here, mingling gently with the coconut oil, tangy lime juice, and herbaceous fresh cilantro. 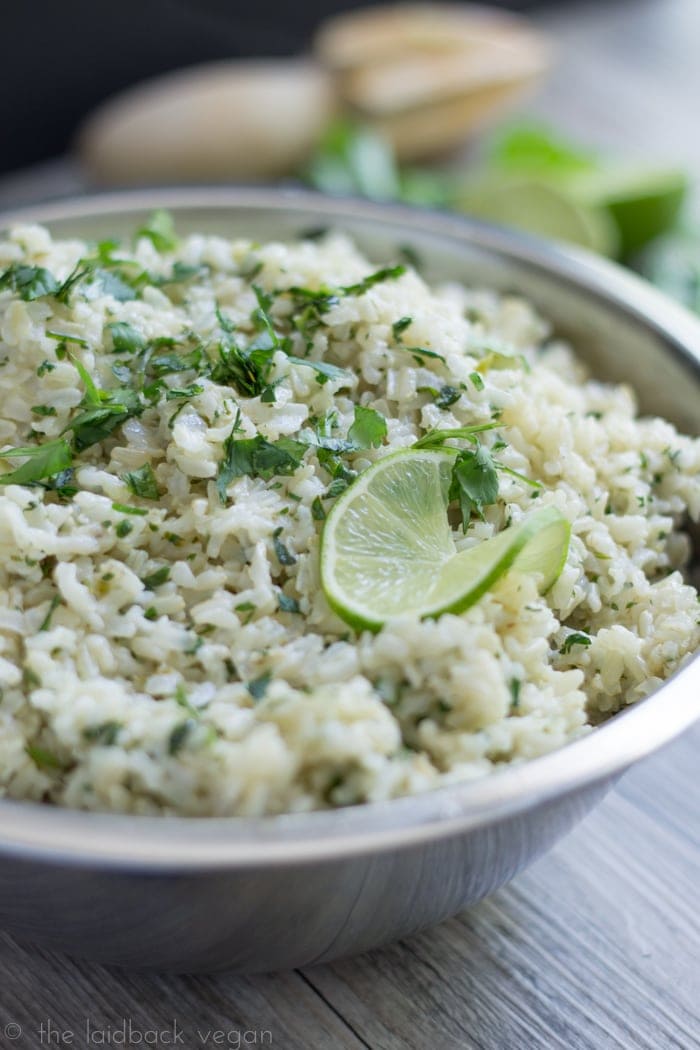 This rice is perfect as a simple side dish and works beautifully at pot lucks, and it would work equally as beautifully in burritos or chimichangas, layered with some homemade refried black beans, sautéed mushrooms, simple guacamole, and some vegan nacho cheese. Mmmmmm…. am I invited?

Make this! It’ll become a quick summer favorite, I guarantee it. 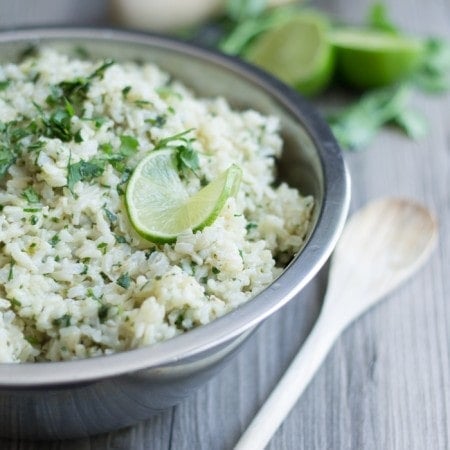 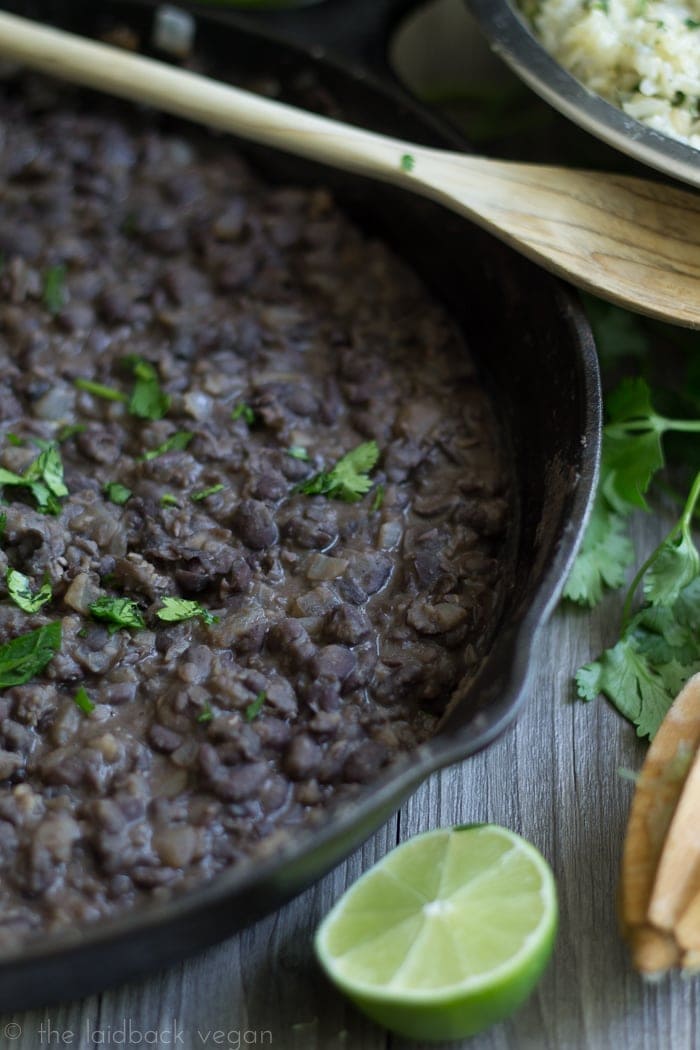 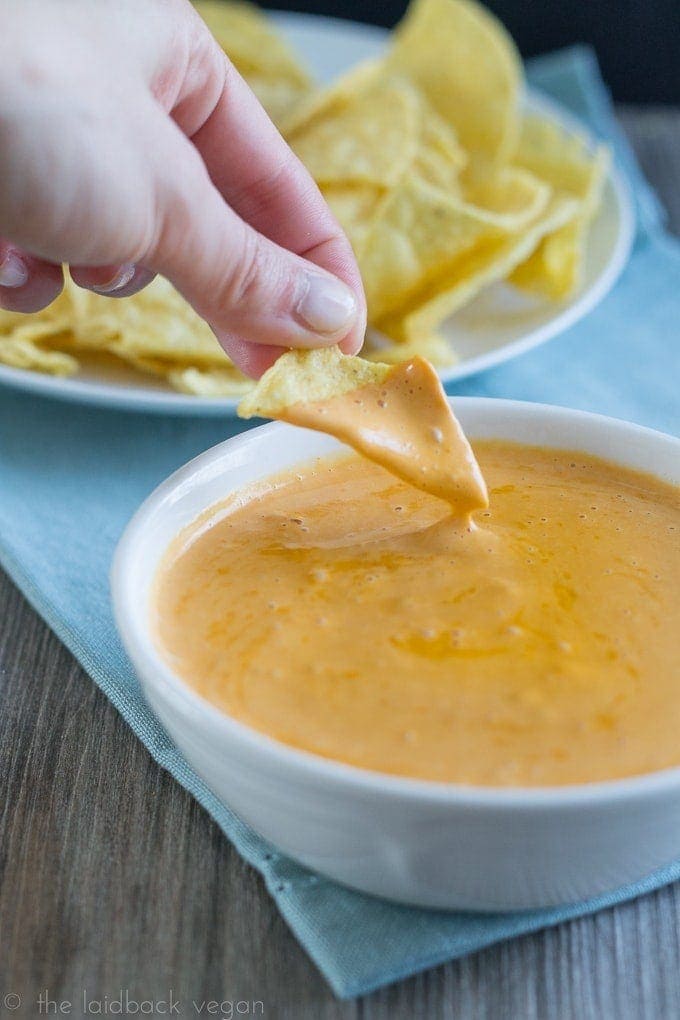