This paleo sweet potato apple breakfast bake is naturally sweet, teeming with warming cinnamon, packed with protein, healthy fats, and fiber. The dish reminds me of a New Orleans-style bread pudding with its cinnamon and raisins, but it’s totally paleo! A monthly or weekly staple in our home. 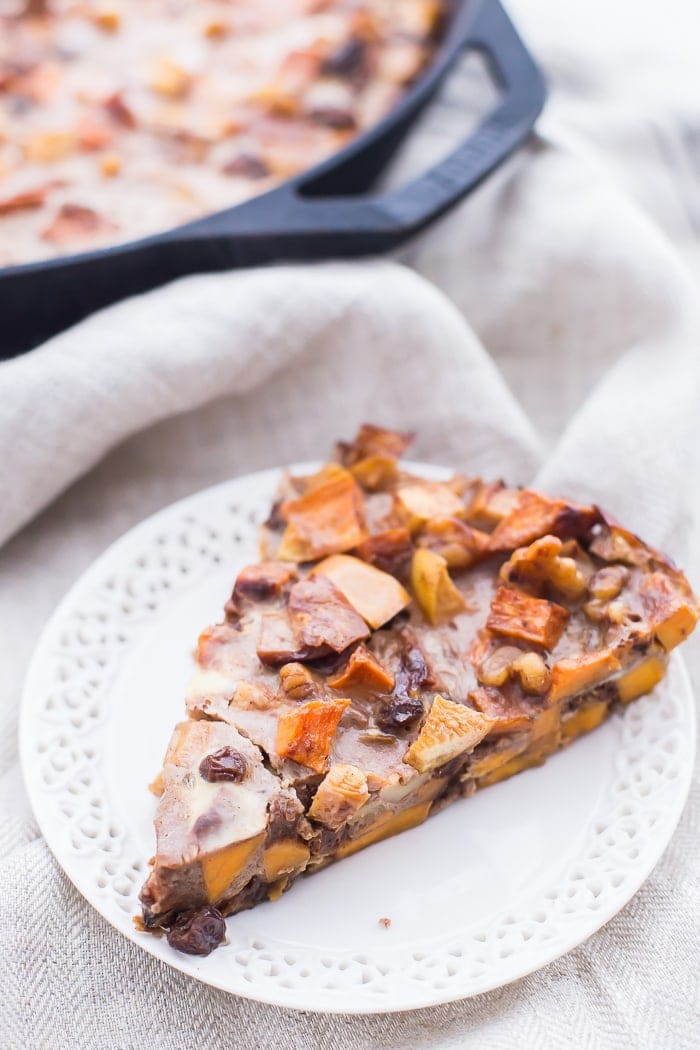 Paleo breakfast. Ugh. I wish I could skip it every day, but that’s not super encouraged if it’s from sheer… distaste. I find myself truly skipping the meal out of a basic lack of desire to eat savory food within, oh, 3 hours of waking up way more often than I should admit. 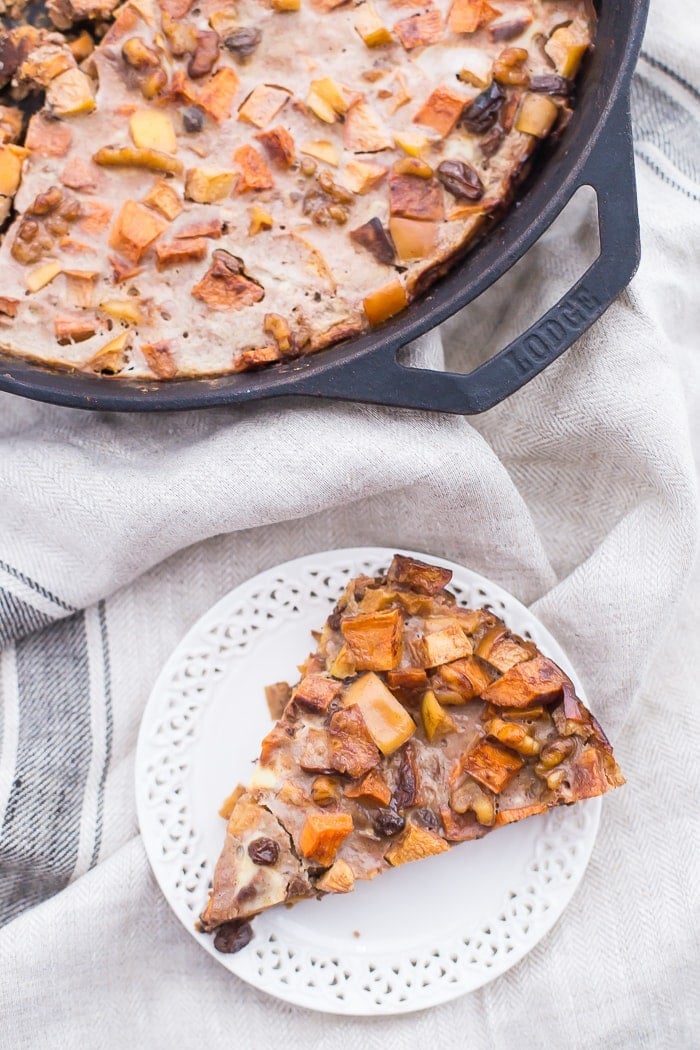 So I decided to try on a couple of new naturally sweet recipes, but many seemed too custardy, too small, too complicated. The idea to sauté sweet potatoes like a hash, adding in sweet, cinnamon-coated apples, then topping with a creamy egg mixture came to me, and I followed it without very high hopes. Sweet potatoes and eggs? That’s a solid meh from me… but as the scent of the sweet potato-apple mixture began to waft through the air, grounded with plenty of ghee and heady cinnamon, I fell madly in love. 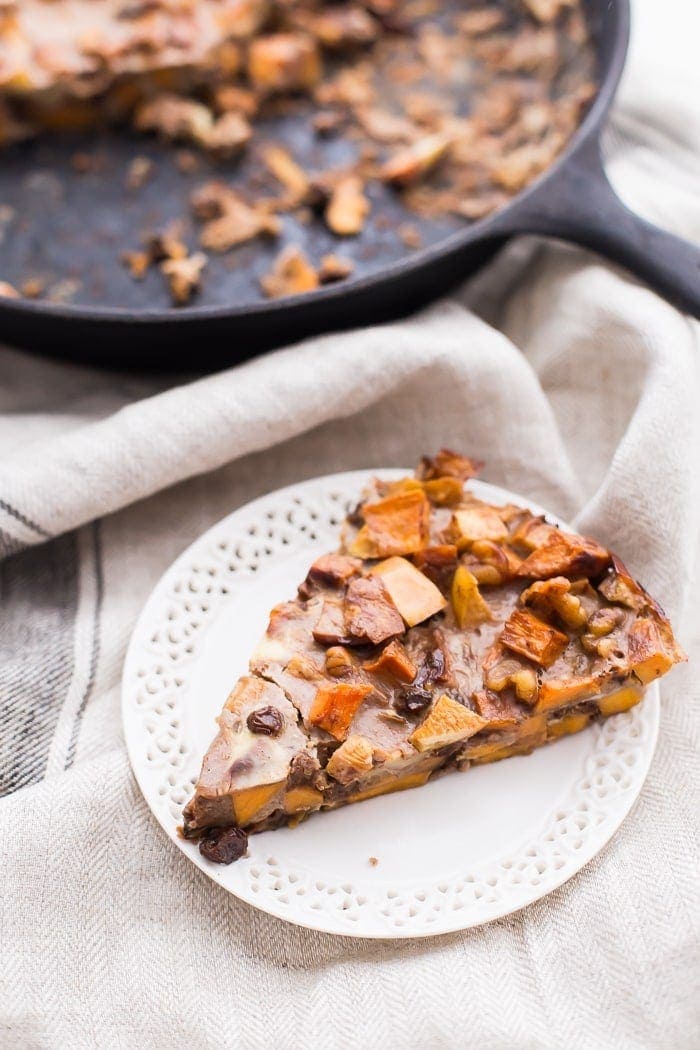 I tend to speak in hyperbole a bit more than I should, but when was the last time I was *freaking out* because a recipe was so good (I mean, besides my paleo shrimp and grits, but if you’ve had them, you’ll see why!)?

Chunks of sweet potato and apple coated in ghee and cinnamon, dotted with plumped raisins and rich walnuts, all covered with a creamy egg mixture? This paleo sweet potato apple breakfast bake is exactly what you need after days or weeks of savory paleo breakfasts. Trust me… I’ve been there many times!

This recipe is quite forgiving, so feel free to add more or less cinnamon, walnuts, or raisins, as desired.

To make this recipe I used… 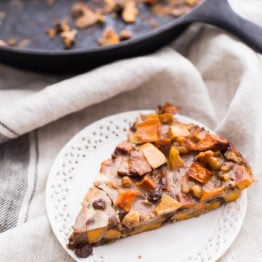 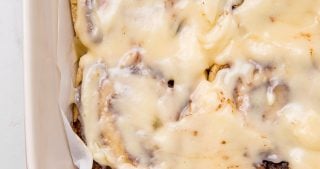 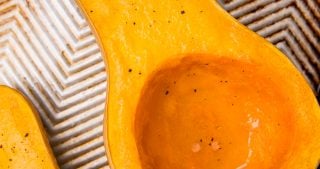 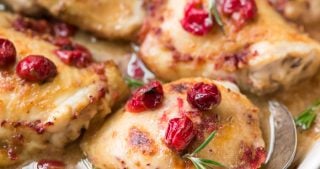 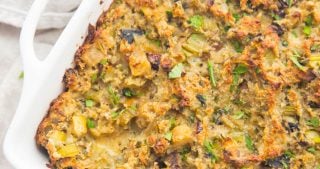