Rich and nutty brown butter meets ghee. Perfect for adding flavor to paleo or Whole30 dishes, this brown butter ghee recipe is easy to make and will become your secret weapon in the kitchen. 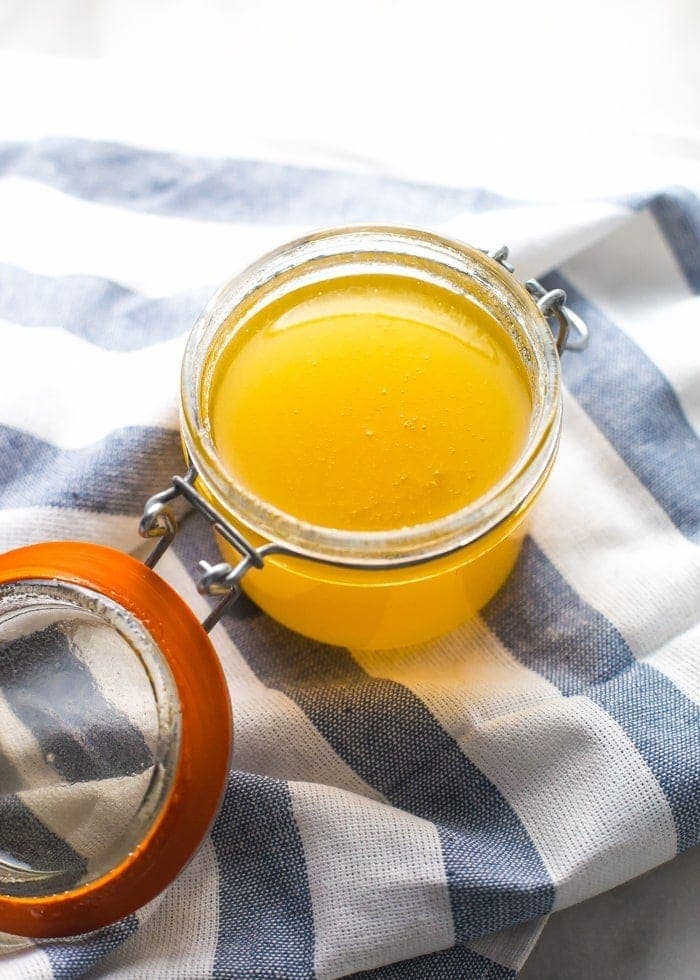 I know this looks like regular ghee, doesn’t it? But it’s much, much more than that. This, my friends, is brown butter ghee.

Then what happened? Good question. I was in the middle of mayonnaise-making, child-wrangling, grandpa-tech-supporting, and ghee-tutorialling. It was a few days before we planned to start a group Whole30 on January 1, and I knew so many people who were scared by the idea of making ghee and the “intuitions” required by the process. So I toted my camera into the kitchen, when we still had a dark, dungeony kitchen with an electric range speckled with chicken grease (hello, crispy chicken thighs with raspberry-balsamic sauce!). I took photos of almost every step, until that unmistakeable and impossibly rich smell began to waft through the air… 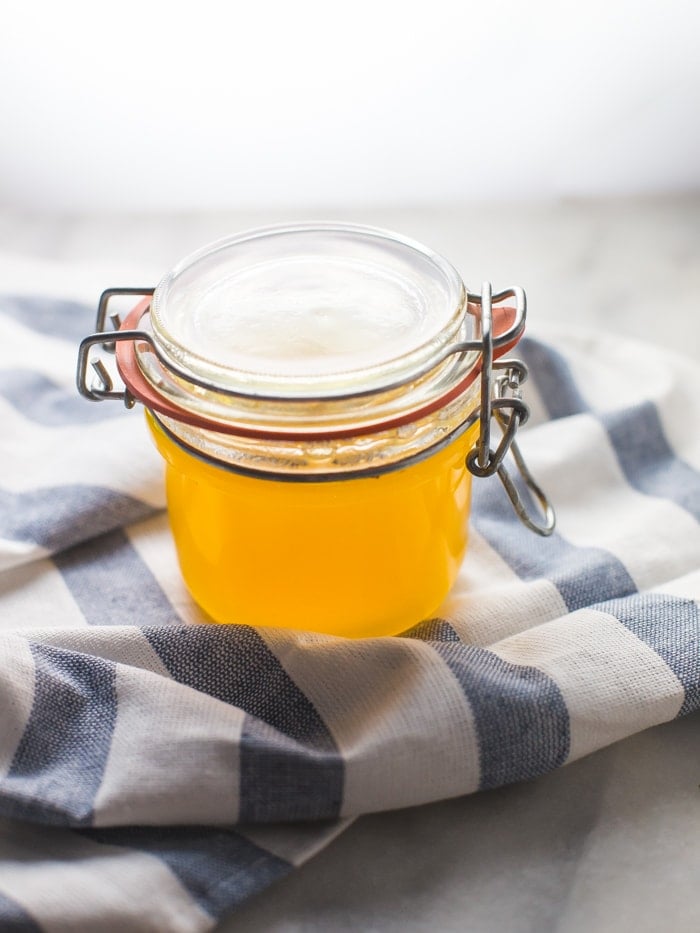 I’d stepped out for a few minutes, at apparently the very crucial moment, and came back to discover that my ghee had turned from that saturated golden hue to a reddish brown with burnt-looking bits stuck to the bottom. I’m pretty sure I blamed my husband and told him everything was ruined and then I sieved it anyway because, well… if it smells this impossibly good… it might JUST MIGHT taste, also, impossibly good.

And it did. Impossibly good and nutty and rich and heady and all of those things that take your paleo and Whole30 dishes to the next level. It adds just that extra bit of flavor to whatever you’re making without overbearing the other ingredients. Because the milk solids are sieved out, you’re left only with a hint of the flavor, rather than the dominance of caramelized butter. 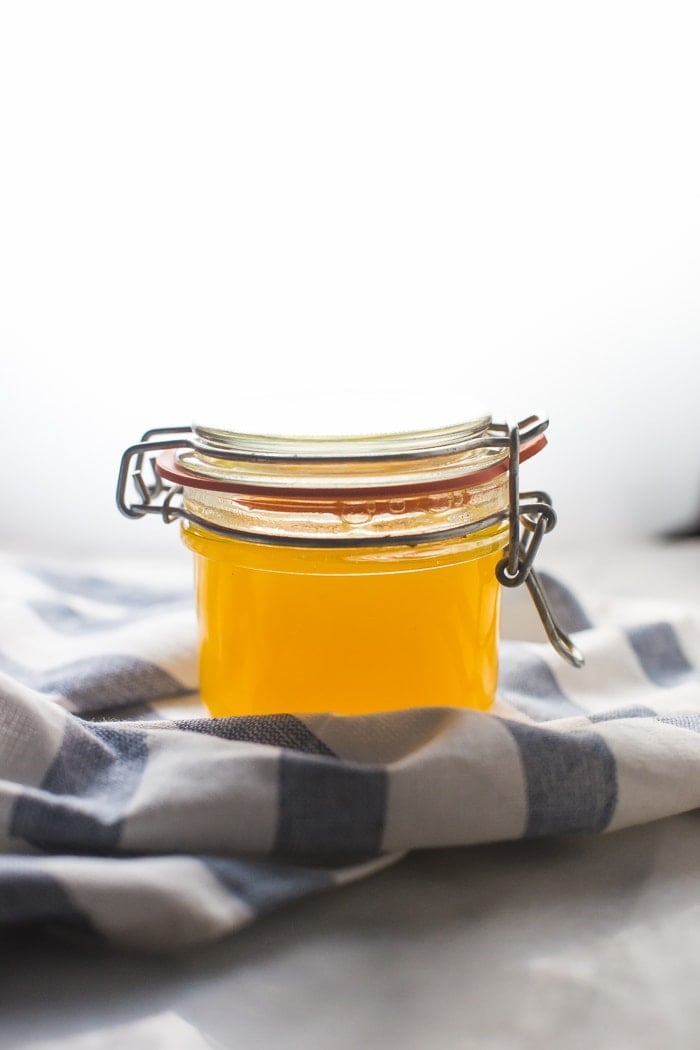 The trick is to simply make brown butter. You melt the butter in a light-colored pan over medium heat. The butter will pass through a few phases: foaming then bubbling them foaming once again. At this point, the butter will turn a lemony yellow, after which it will begin to turn a nutty brown. You’ll smell when it’s fully browned more reliably than you can see it: wait for that nutty, impossibly rich aroma, and you’re set!

From there, you’ll let the pan and butter cool slightly then skim off any solids on top. Most will have drifted to the bottom, so you’ll want to pour off the ghee through cheesecloth or a paper towel to remove all of the milk solids. This is what makes it ghee – the removal of the lactose-containing element. From there, you can keep the cooled ghee in an airtight container in the pantry for weeks… but I bet you’ll use it up far before that! 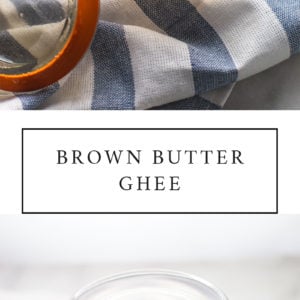