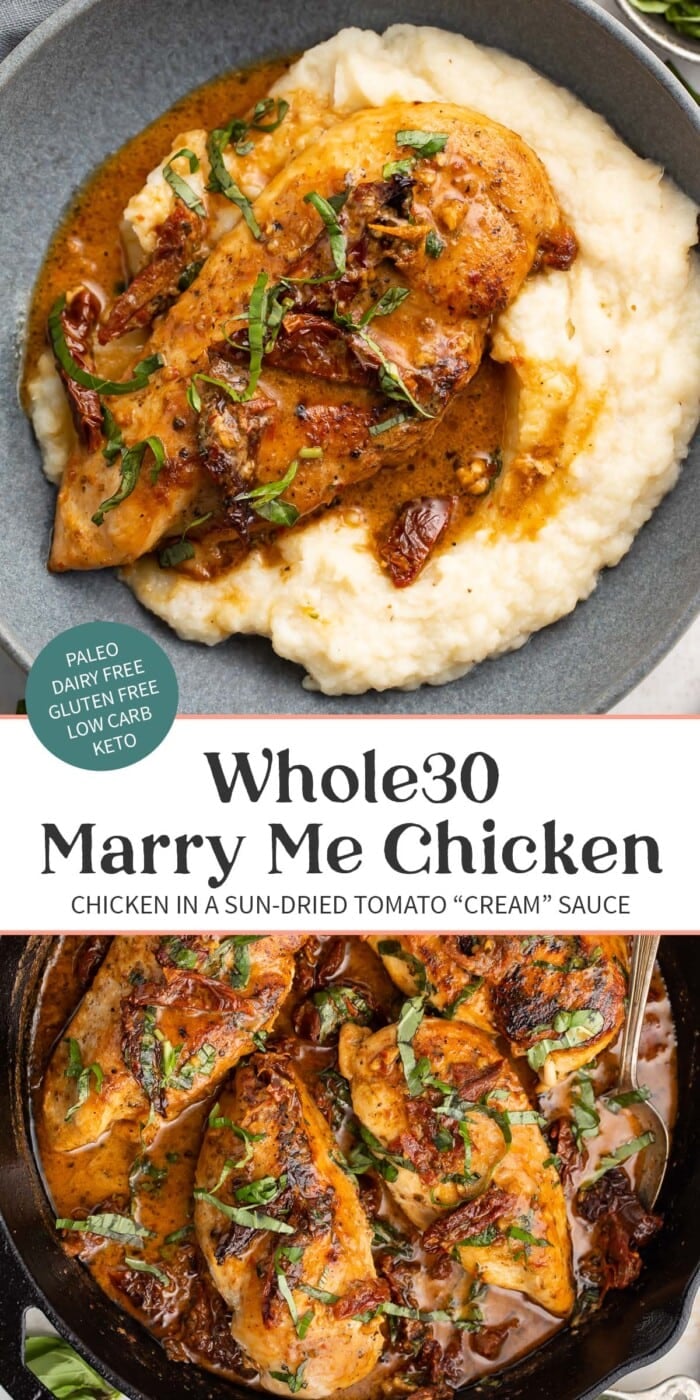 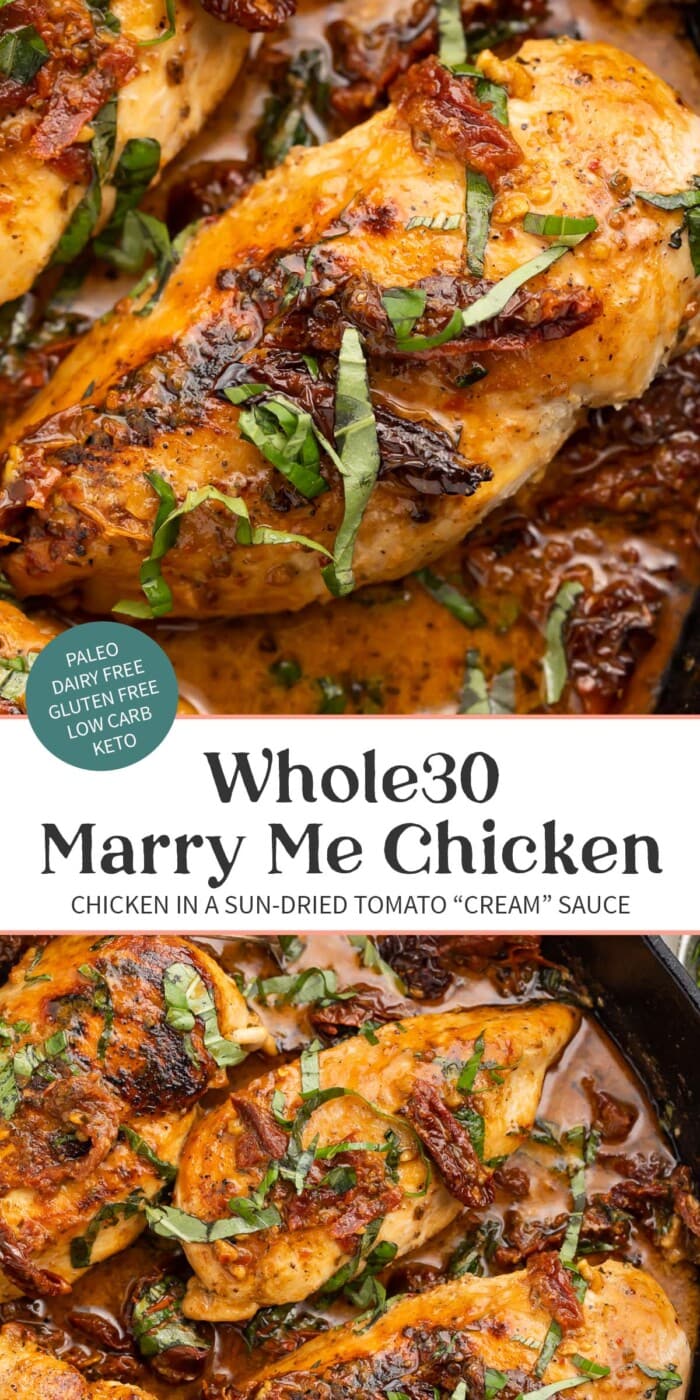 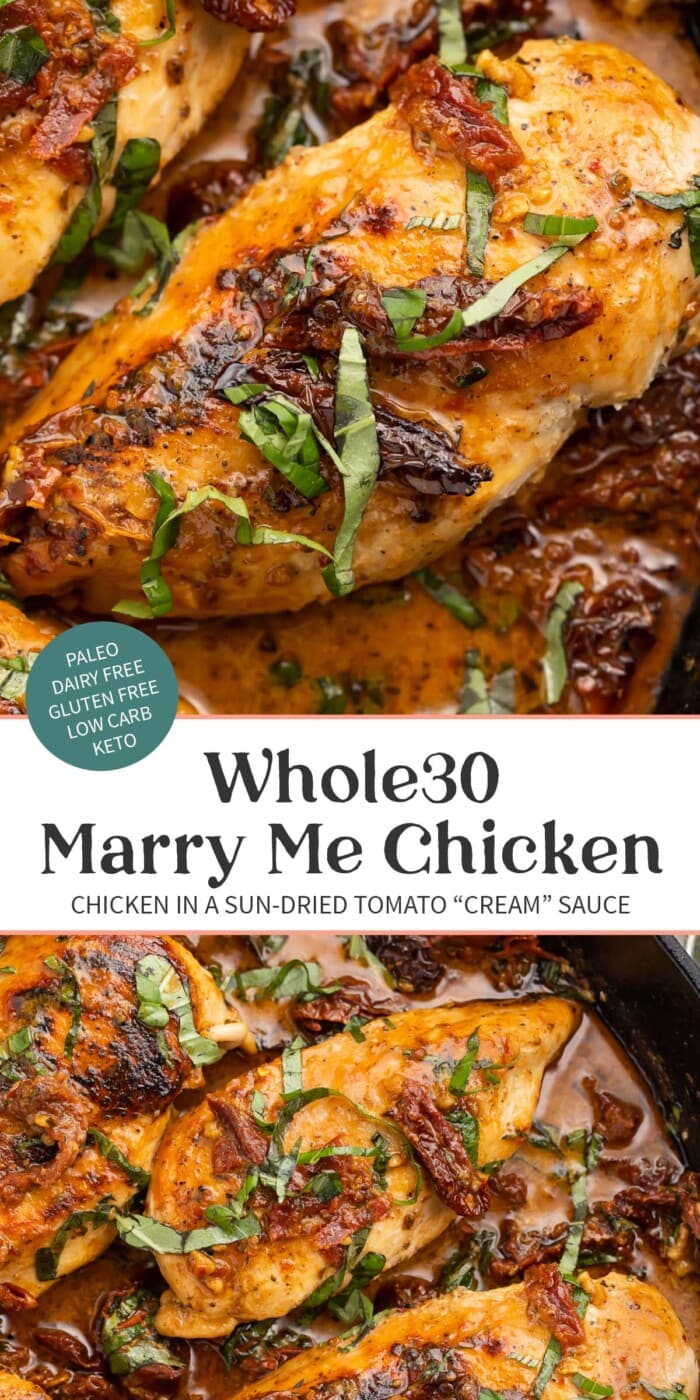 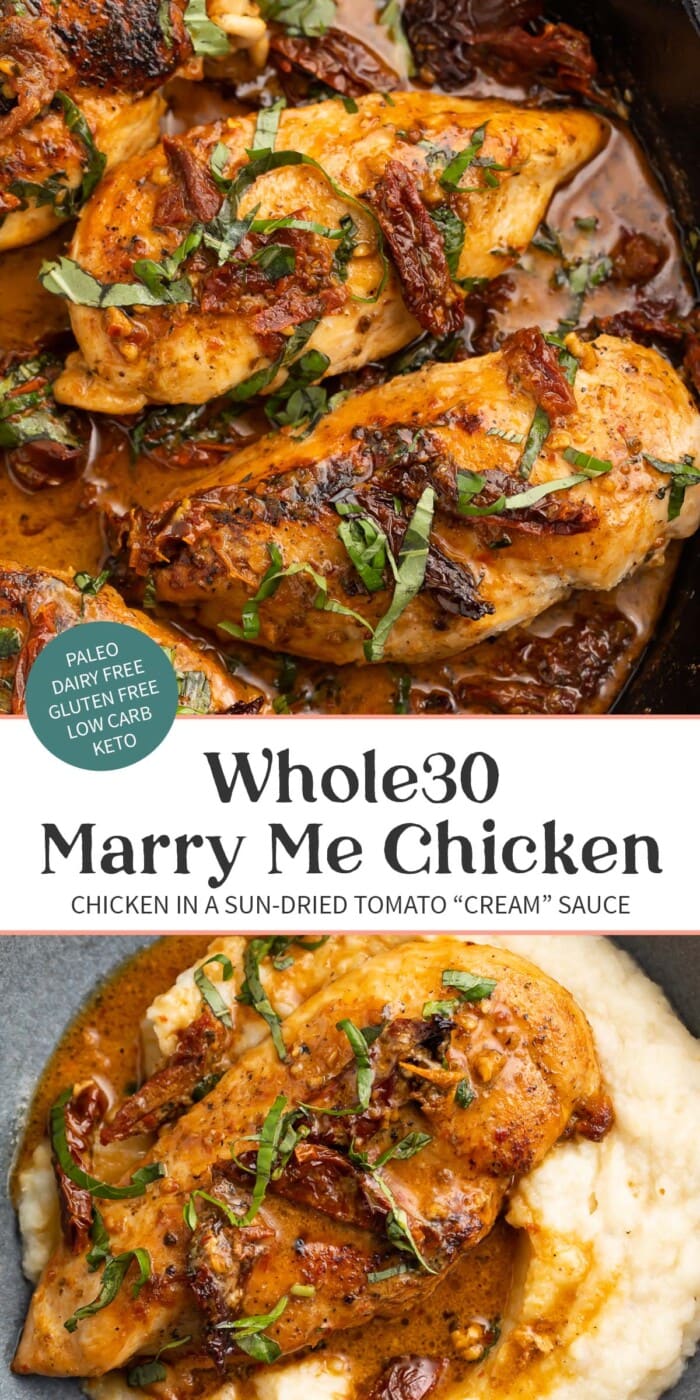 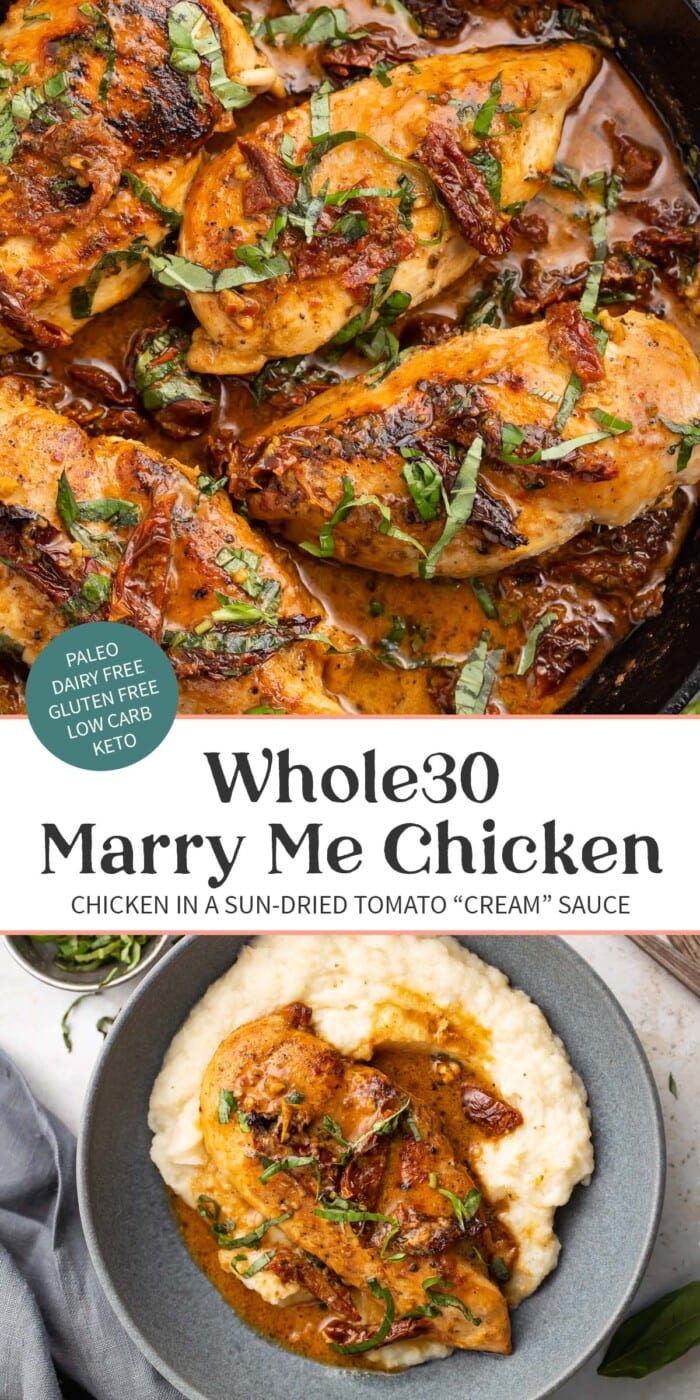 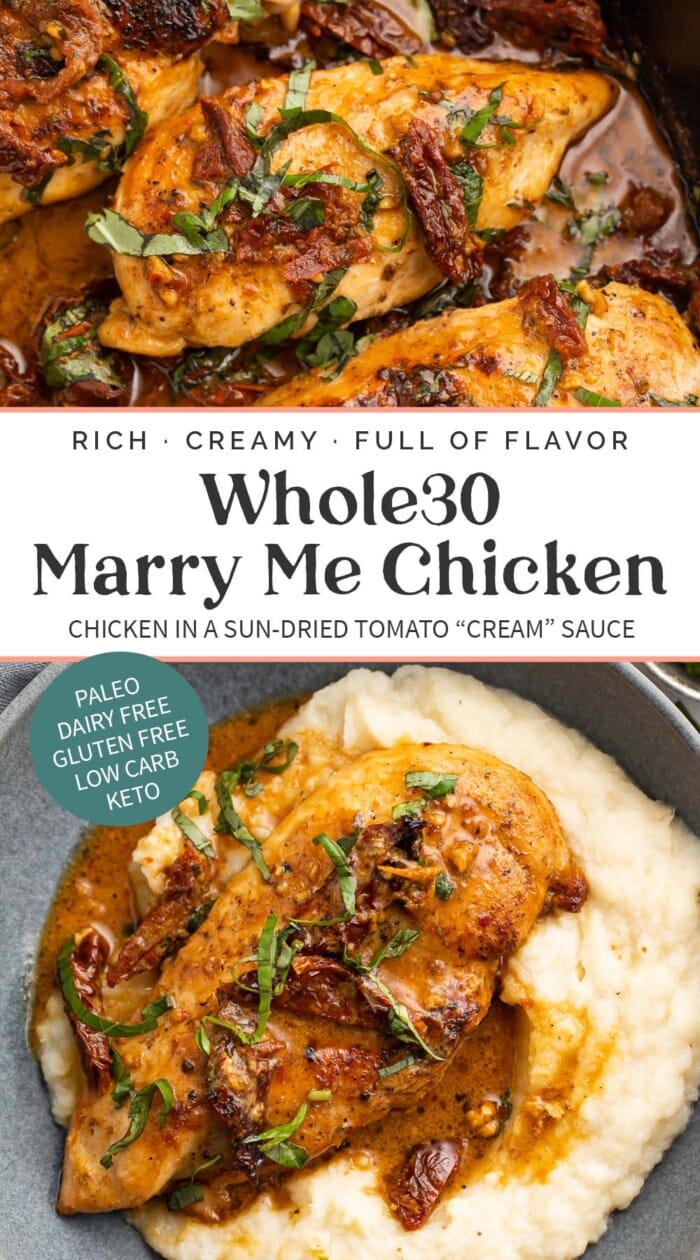 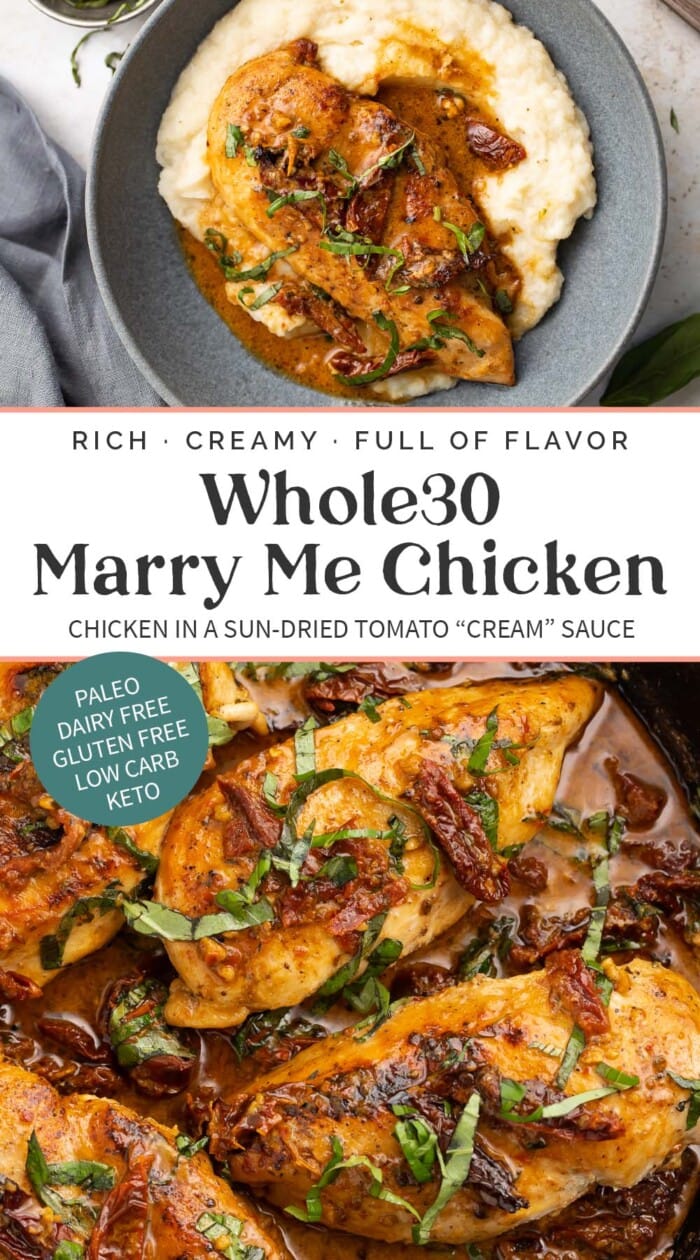 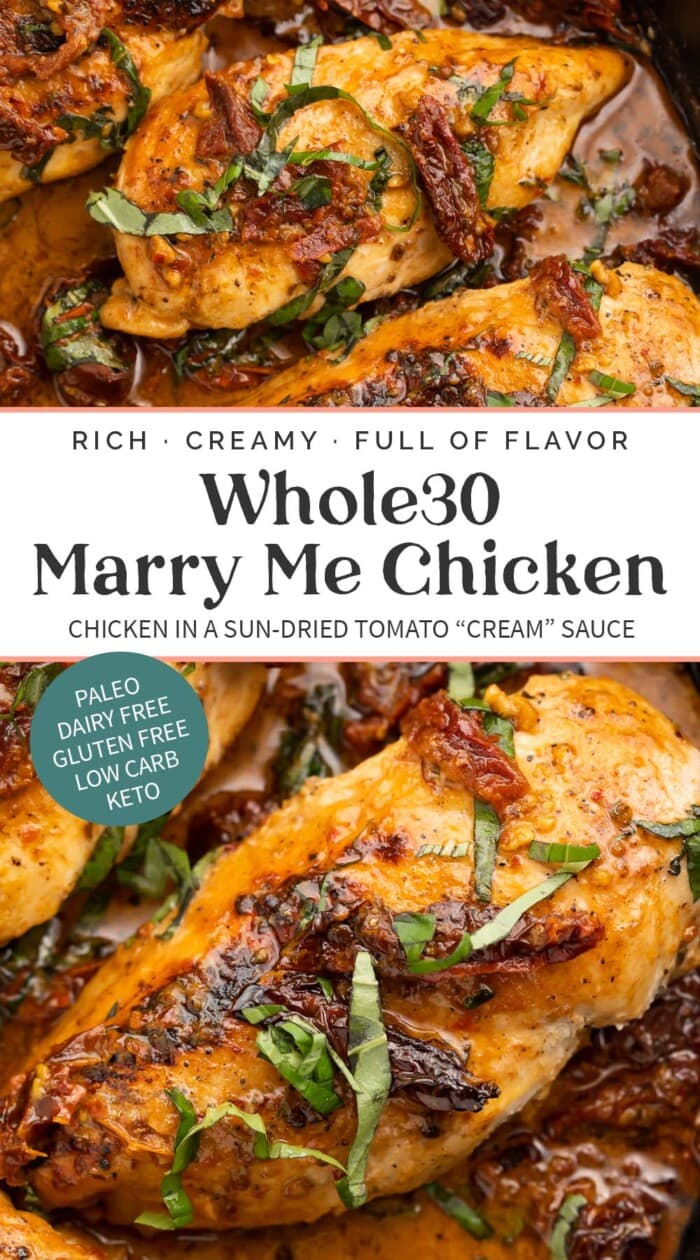 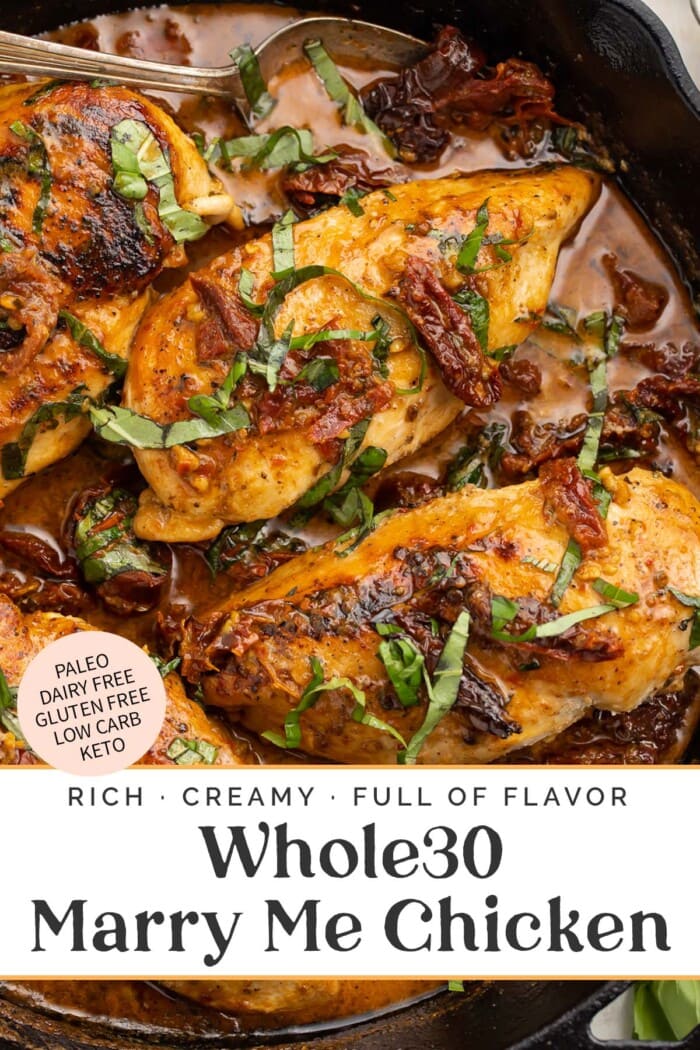 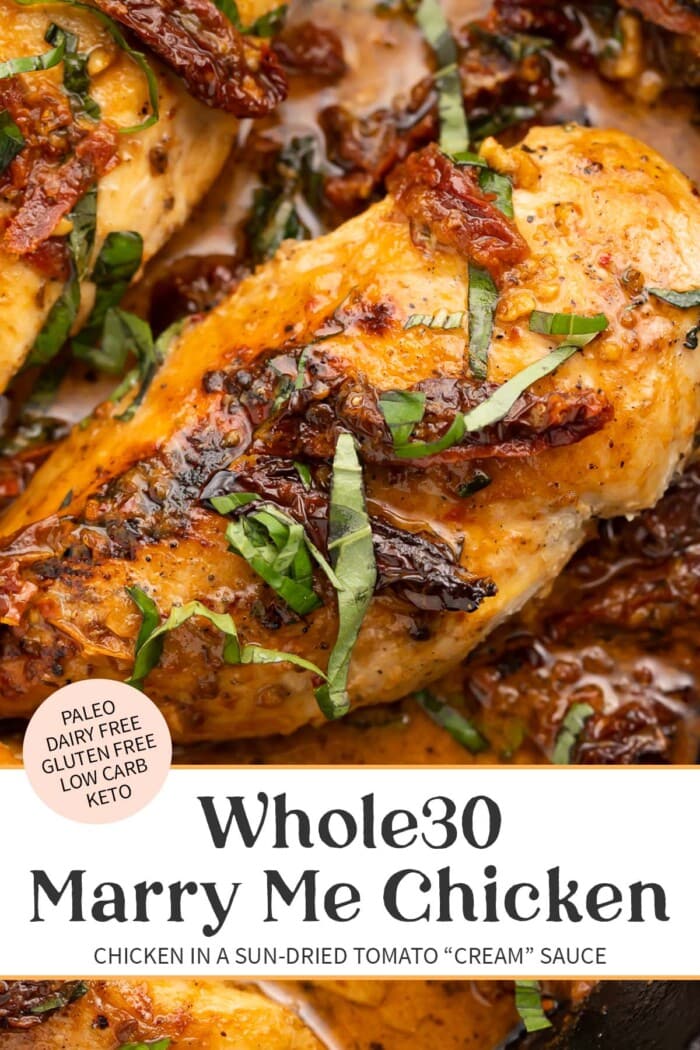 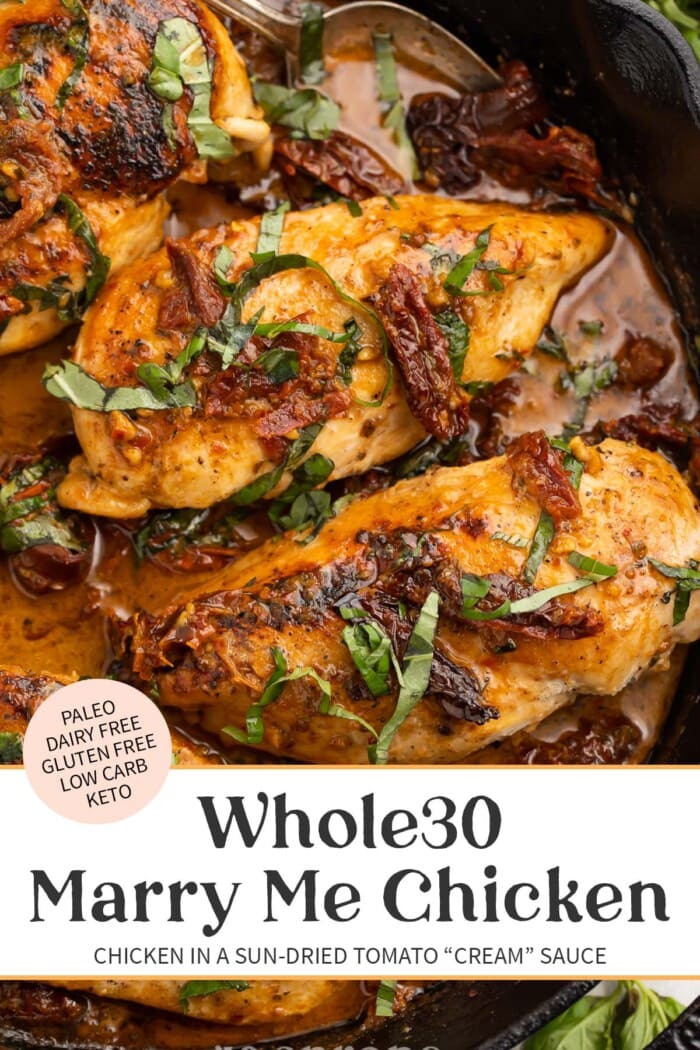 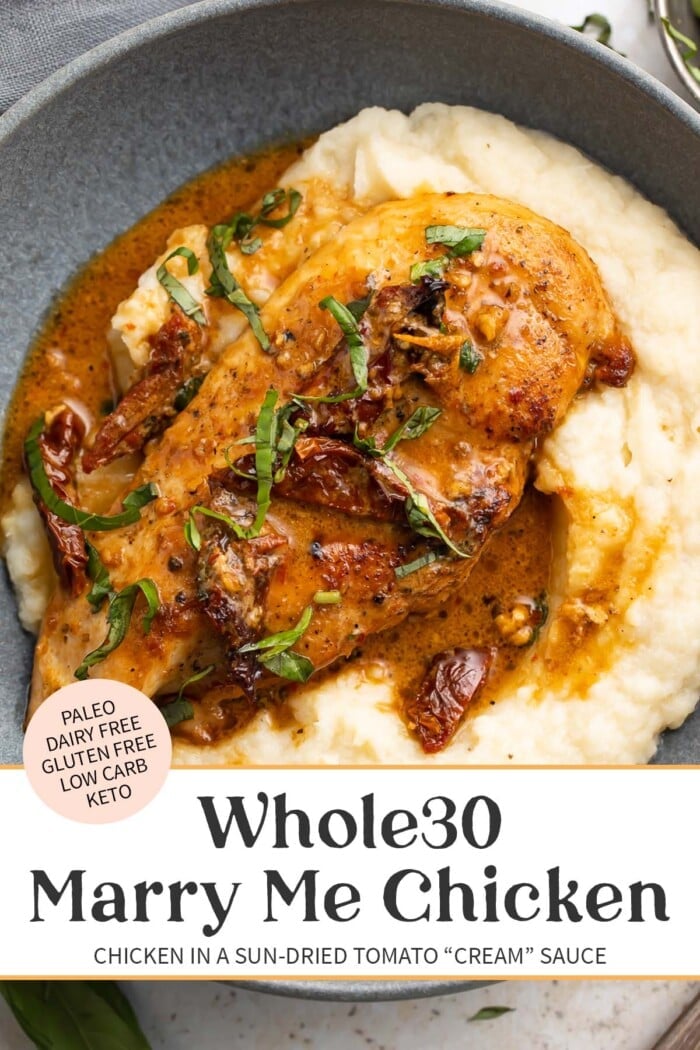 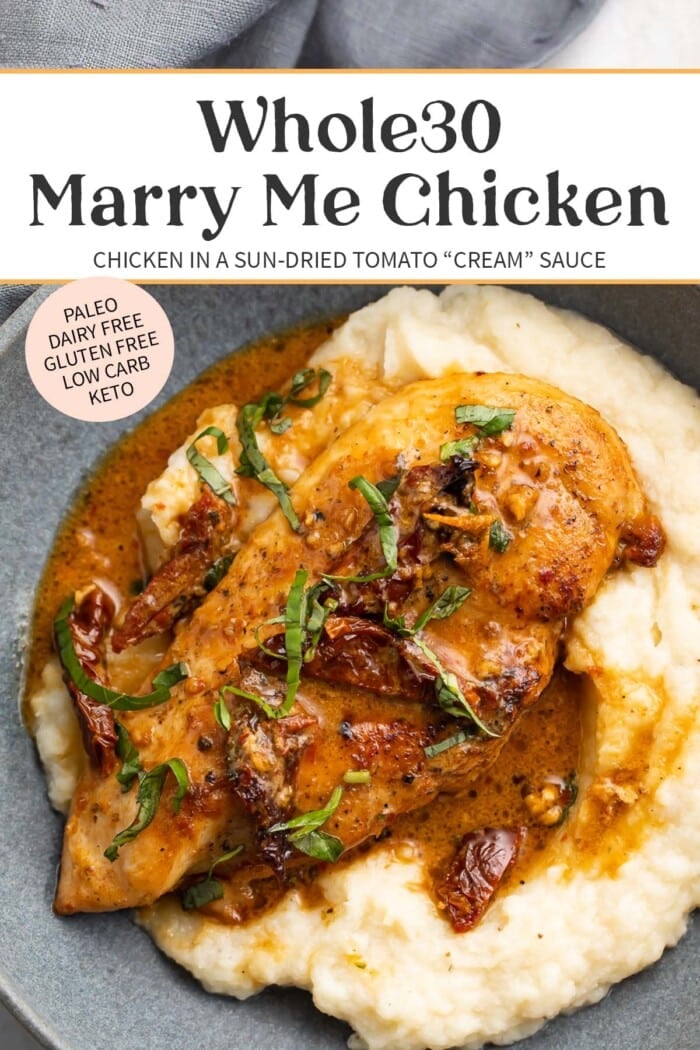 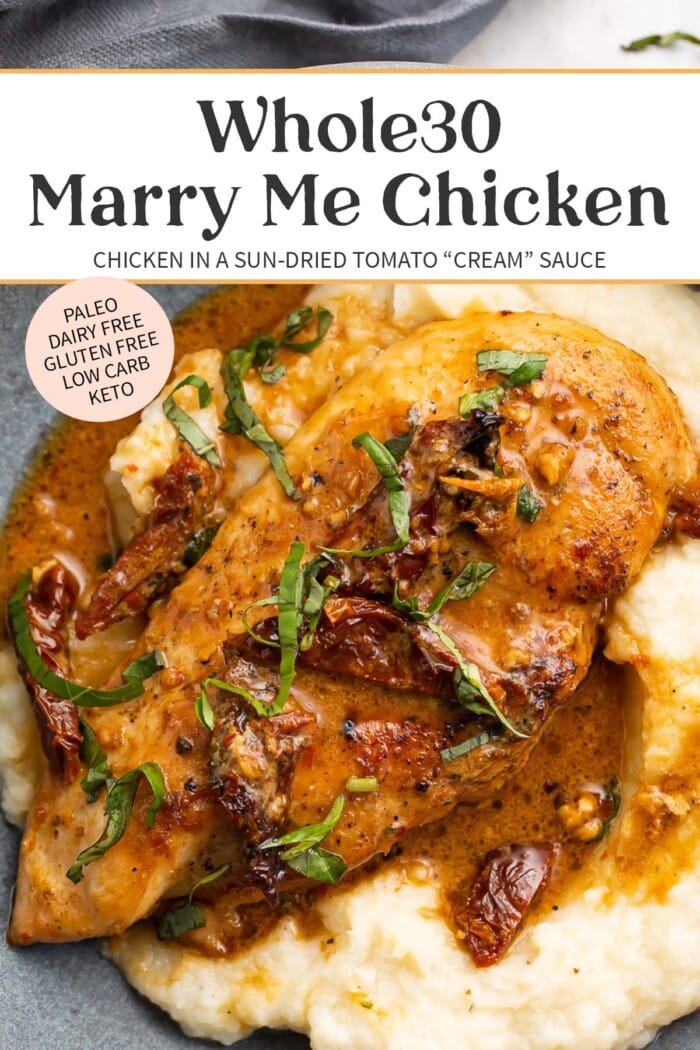 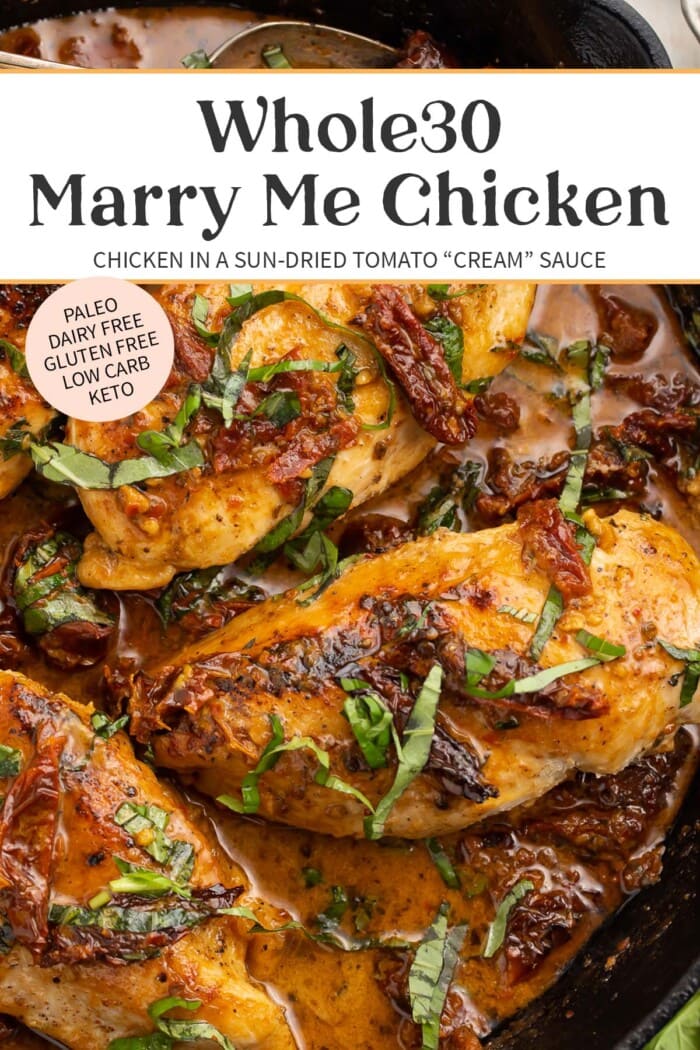 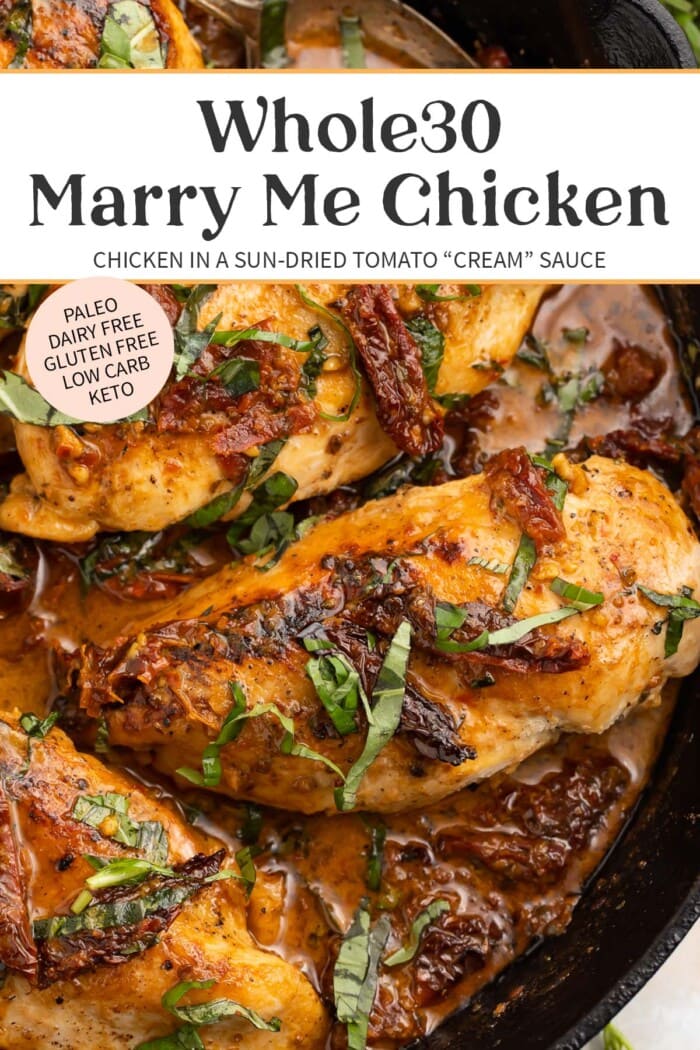 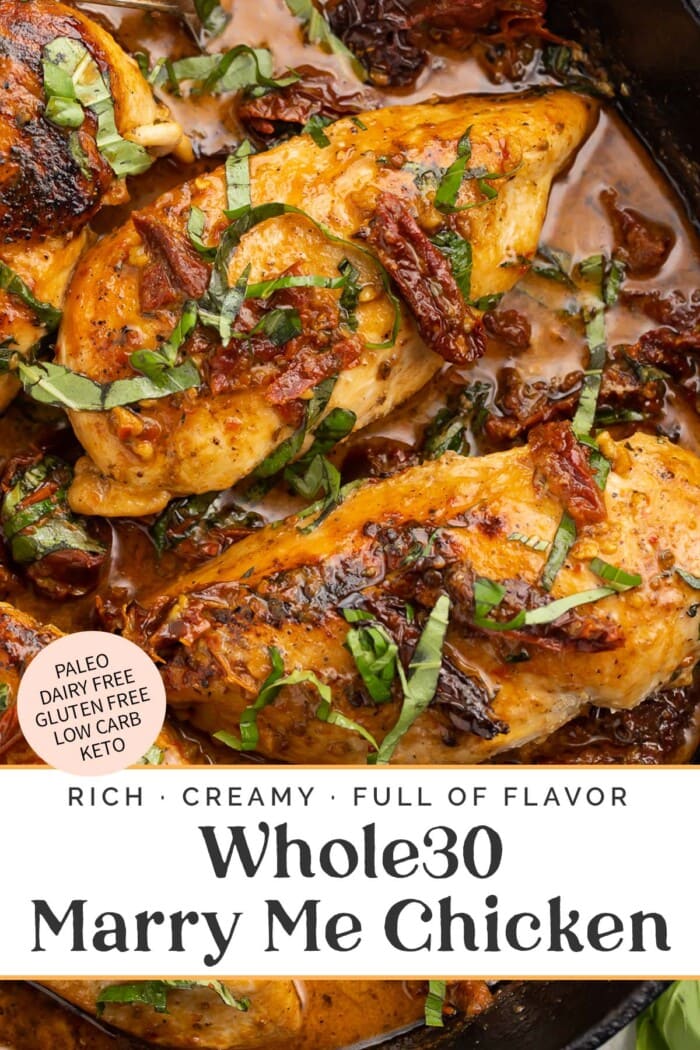 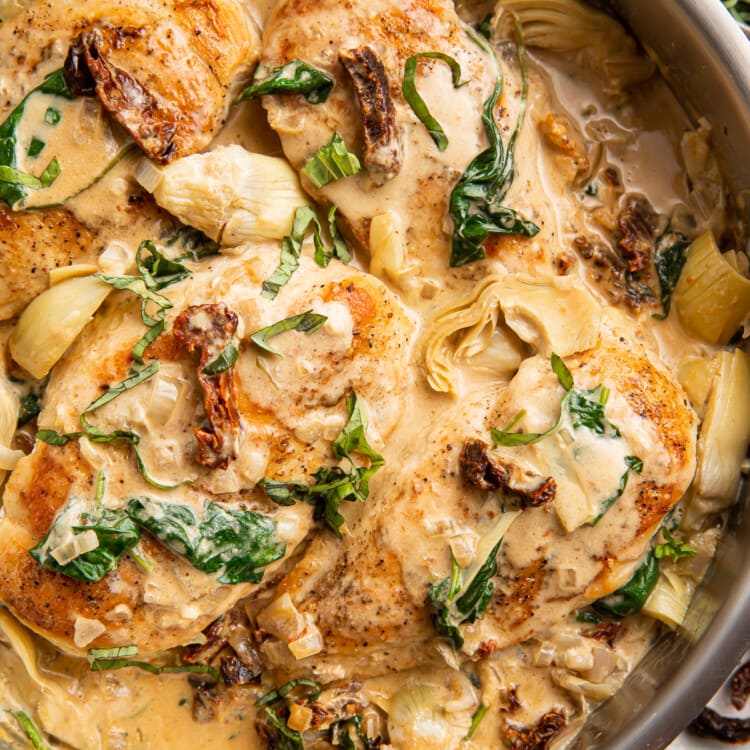 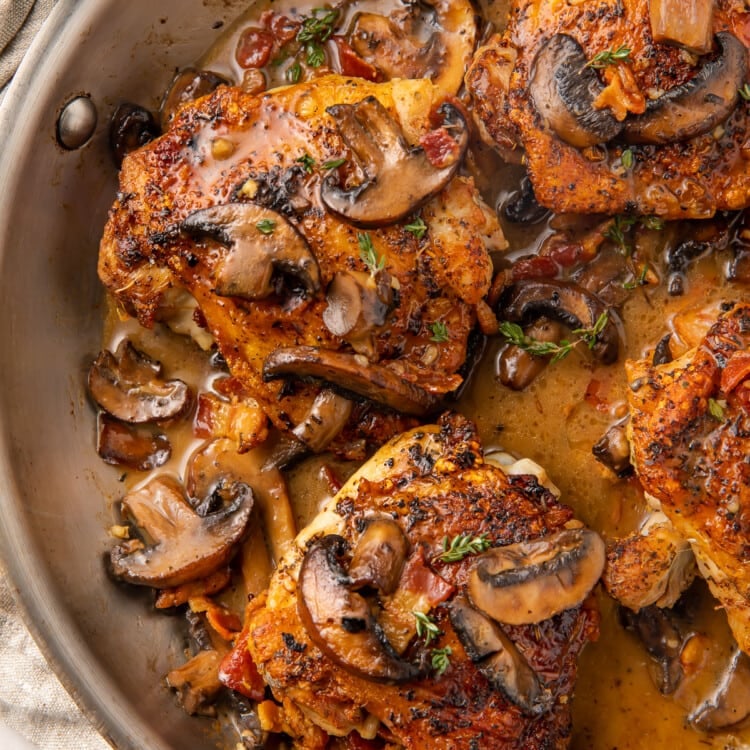 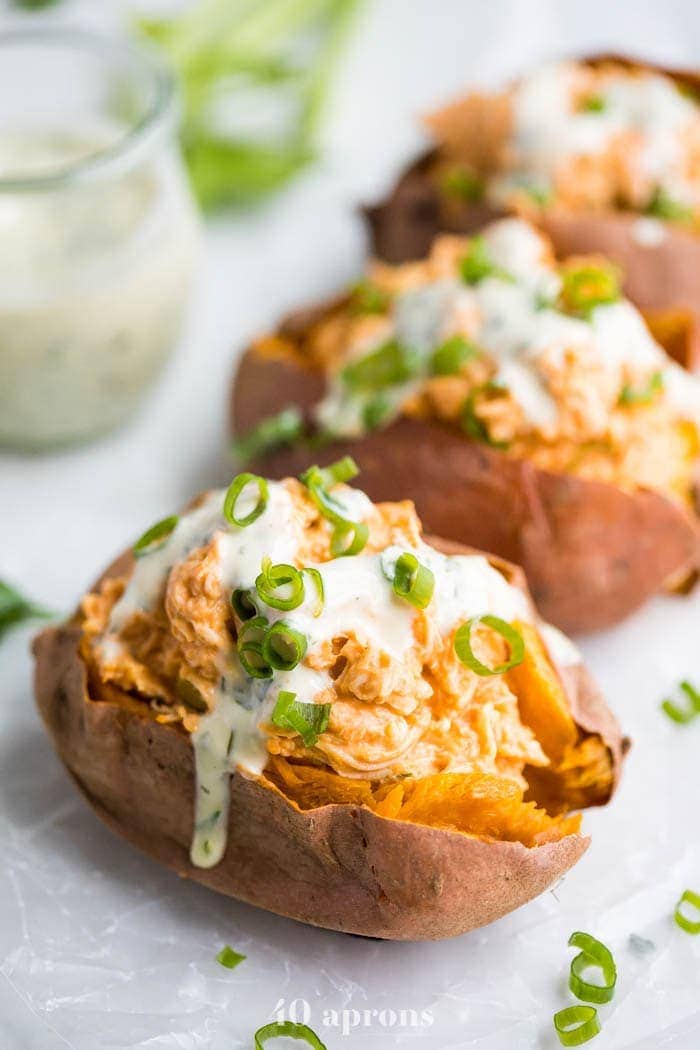 “Cream” – Heavy cream is a big component of the original recipe. Since we’re going for a dairy-free, Whole30-compliant version this time, though, we’re replacing it with your choice of coconut milk (unsweetened), coconut cream (the solid layer that forms on top of the coconut milk when you refrigerate the unopened can), or plain Nutpods. Coconut cream will give you the richest, creamiest sauce, while coconut milk and Nutpods will both be thinner.

Nutritional Yeast – For a cheesy flavor without the cheese! If you’ve never used it before, it’s a deactivated yeast (available at most grocery stores!) that boasts a few health benefits and can be used as a dairy-free “cheesy” topping for popcorn or fries or to make a vegan queso or “cheese” sauce. It’s typically available in both flakes and powder forms, and either form will work in this recipe.

Sun-Dried Tomatoes – Sweet. Tangy. Tart. INCREDIBLE. Though they’re naturally sweet (they’re tomatoes after all), you want to make sure you buy ones that are completely Whole30-compliant. No added sugars or anything in the ingredients list! If sun-dried tomatoes aren’t your thing, try roasted red peppers instead. Different flavor profile, but still tasty.