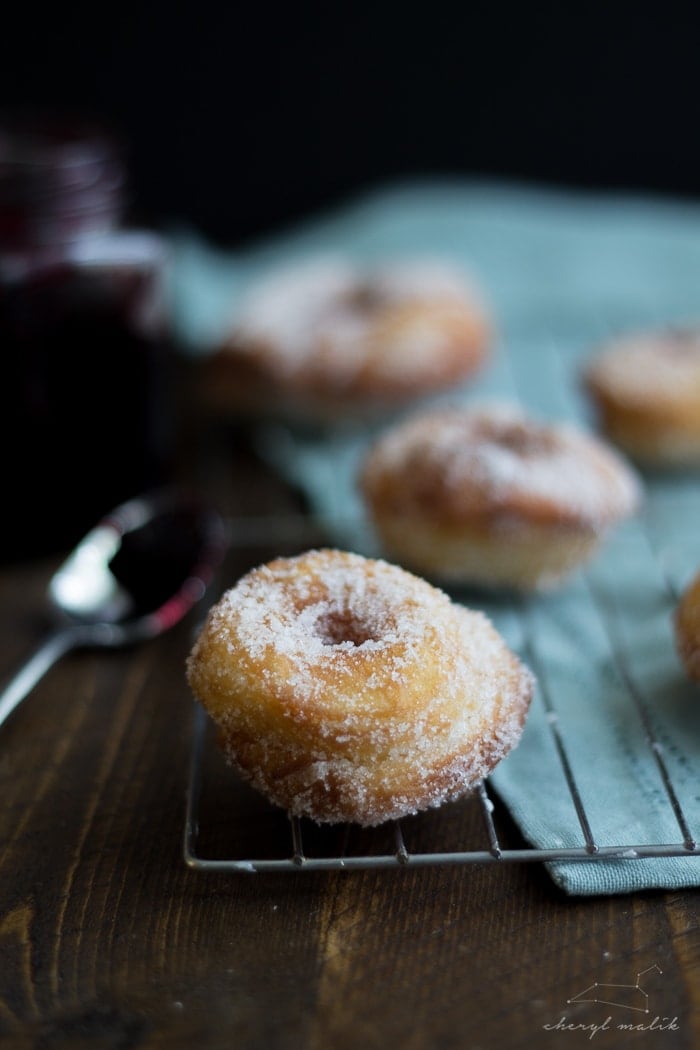 When I was living in Paris one-too-many moons ago, I frequented this small pâtisserie near the Sorbonne after seemingly every class. Was I after their famed macarons? Their perfectly deep and rich pain aux raisins? Their simply damn good baguettes? No.

Hear me out! That excursion was, of course, the after-lunch-dessert dessert, as I could never say no to the croissant d’amandes when I picked up a skinny baguette sandwich on the way into class. And this jelly donut was unlike anything you’ve ever had in your life. I even dragged O there when we visited Paris on our honeymoon, but alas… they are no longer. So what’s the fuss? 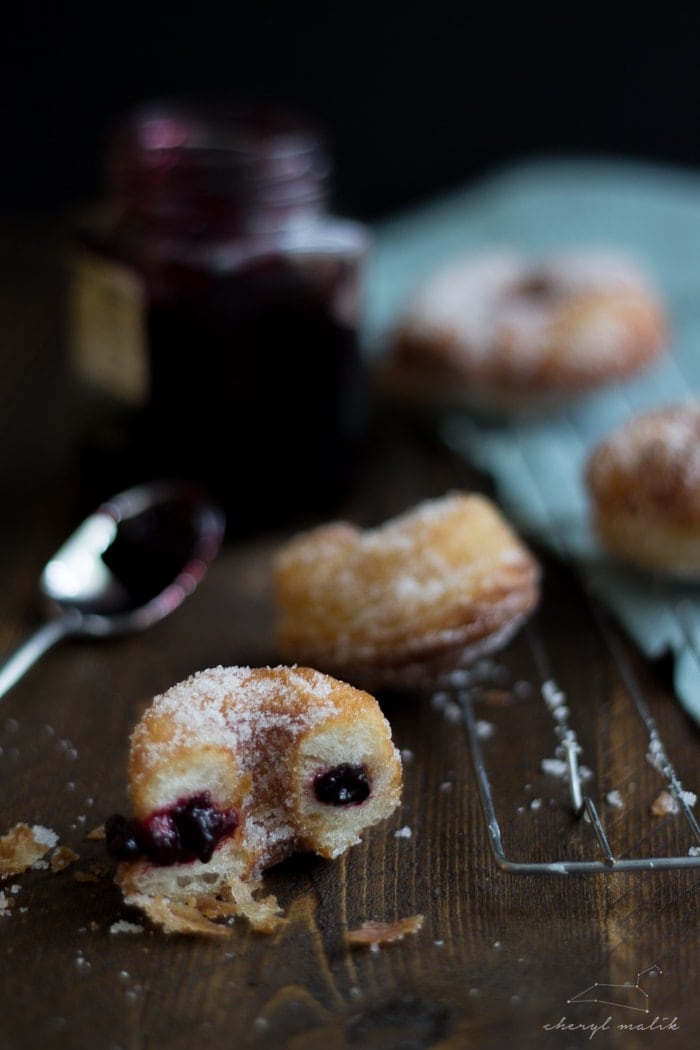 Instead of being artificially doughy and almost too airy, these jelly donuts were dense–but not too dense–with a perfectly balanced sweetness, beautifully and skillfully fried just a bit longer than we do in the States for a glorious golden brown crust, actual honest-to-God sugar-and-raspberries jam slathered across the middle like a donut sandwich, rolled in coarse white sugar. My sweet Jesus, I might just collapse at the thought of them!

So have I somehow managed to recreate that glory at home to share with you? Eh….. 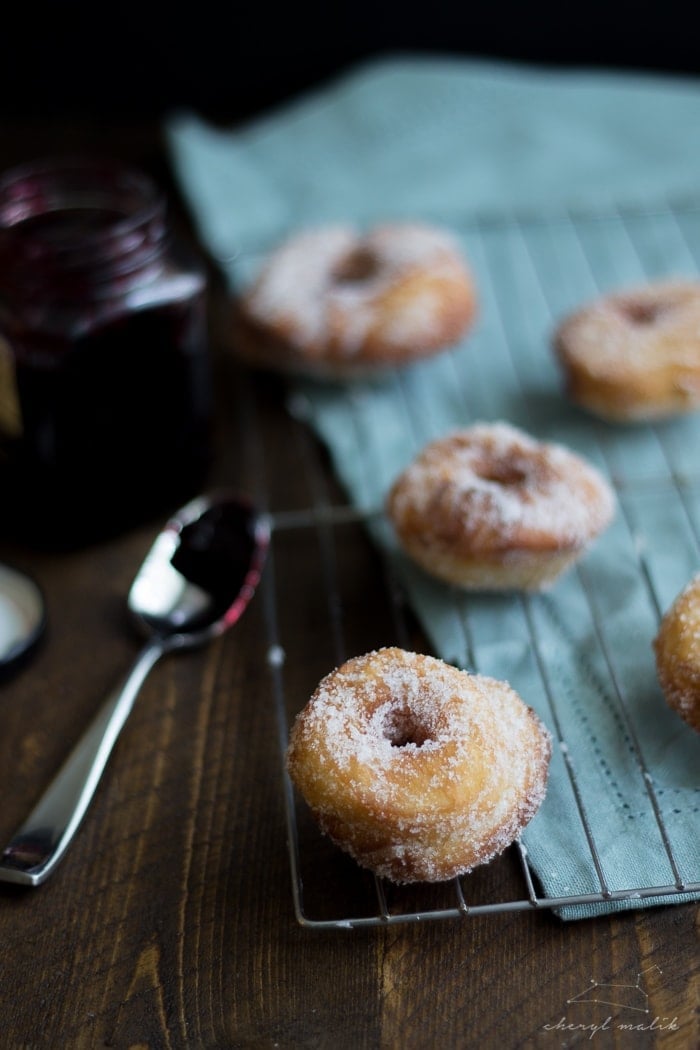 Not quite. But I might have something even better.

A bit more seemingly French than my actually French donut, this vegan cronut is the glorious blend of flaky croissant layers and yeasty deep-fried donuts, rolled in that coarse white sugar and injected with good quality raspberry jam. Just in case you’ve been living under a, uh, culinary rock for the last couple years, a cronut is indeed a mix between a croissant and a donut, originally made by a bakery in New York who enjoyed (and still enjoys, as far as I know) lines of dozens upon dozens of people waiting everyday for a fresh cronut. A fresh cronut absolutely brimming with butter and God-knows-what else. So naturally, I had to veganize it. 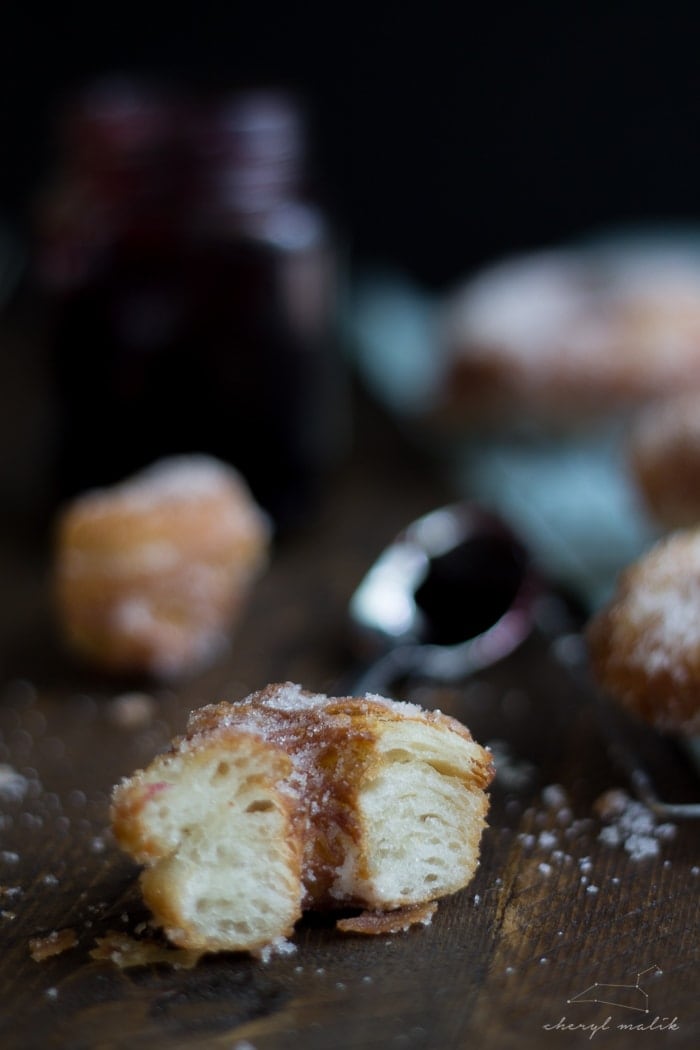 You might have seen a previous cronut recipe I posted–a blackberry cream cheese cronut with lemon glaze that I developed for Tofutti–but I think you’ll love this homage to the classic diner jelly donut just as much. The tart raspberry jam livens up the oh-so-rich buttery layers beautifully and the sugar in which it’s rolled adds a perfect texture to the pillowy soft dough. And.. it might just be better than my famed French jelly donut. Might just be.

You can totally use butter in place of Earth Balance here, but eh, that’s what makes them vegan? There are a few more precautions to take with your cronuts if you’re making them vegan, since the vegan butter melts extremely quickly compared to dairy butter, but all in all, with those small changes made, you wouldn’t know the difference!

Dip tops-down in a bowl of glaze then let dry on a cooling rack. Devour!