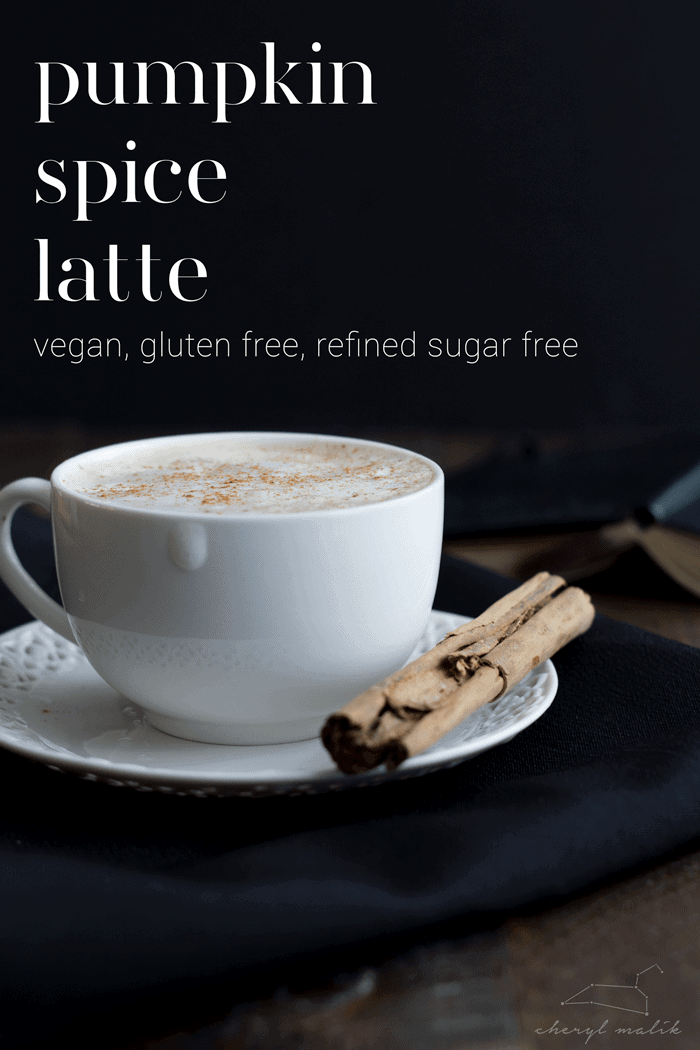 But I decided I’d fill ‘er out with a bit more drivel, explain in a little bit more depth just how amazing this is.

So I may be a basic white girl–living out the very first reason–but I don’t care. As I was explaining to Katie of Veggie and the Beast, whoever wrote that article simply does not comprehend the glory that is fall. They’re just jealous, because they’re vegan and can’t have pumpkin spice lattes and they don’t look cute in scarves. Hmph.

Channeling a little Regina George and, representing “basic white girls” everywhere who love fall for damn good reason, I just want to know… why are you so obsessed with me? 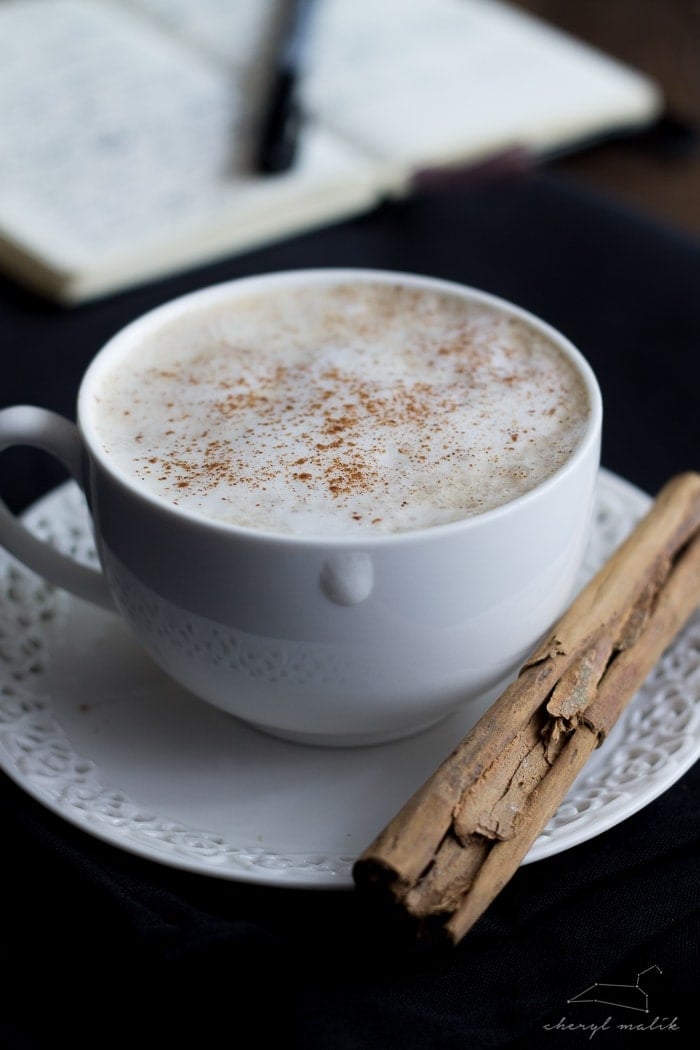 Defensiveness aside, if you’re reading this post, it’s because you get it. You get how brilliant pumpkin and their spices mingle with fresh espresso, how sipping a pumpkin spice latte amidst that first crisp breeze feels like total relief from the oppressive summer heat and humidity, how combos like yoga pants and knee-high boots are soon to follow. 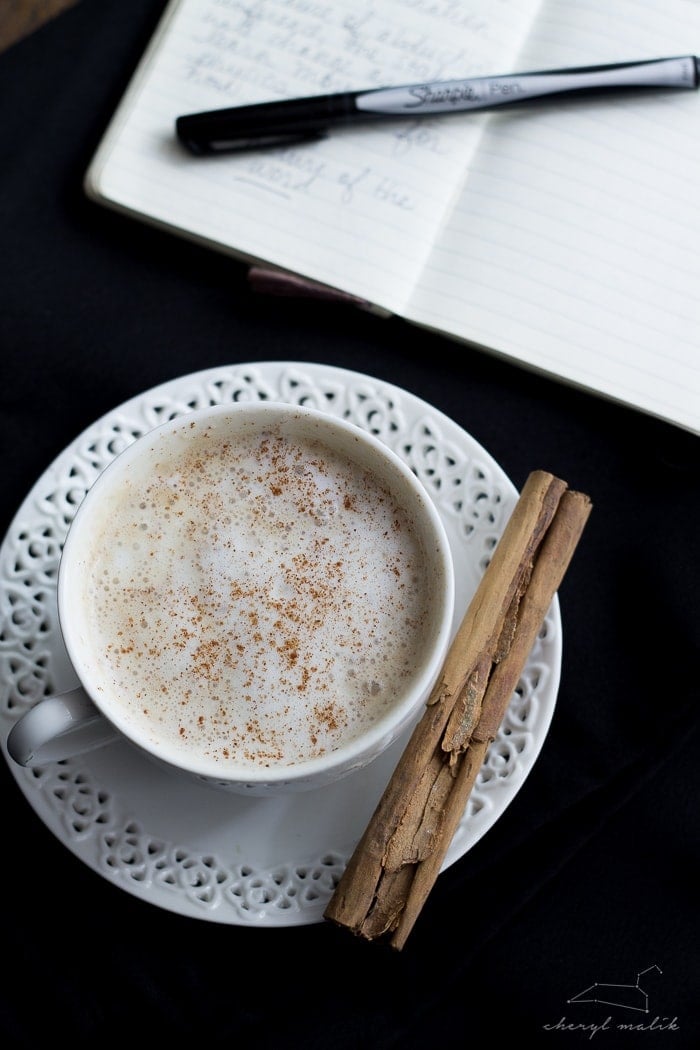 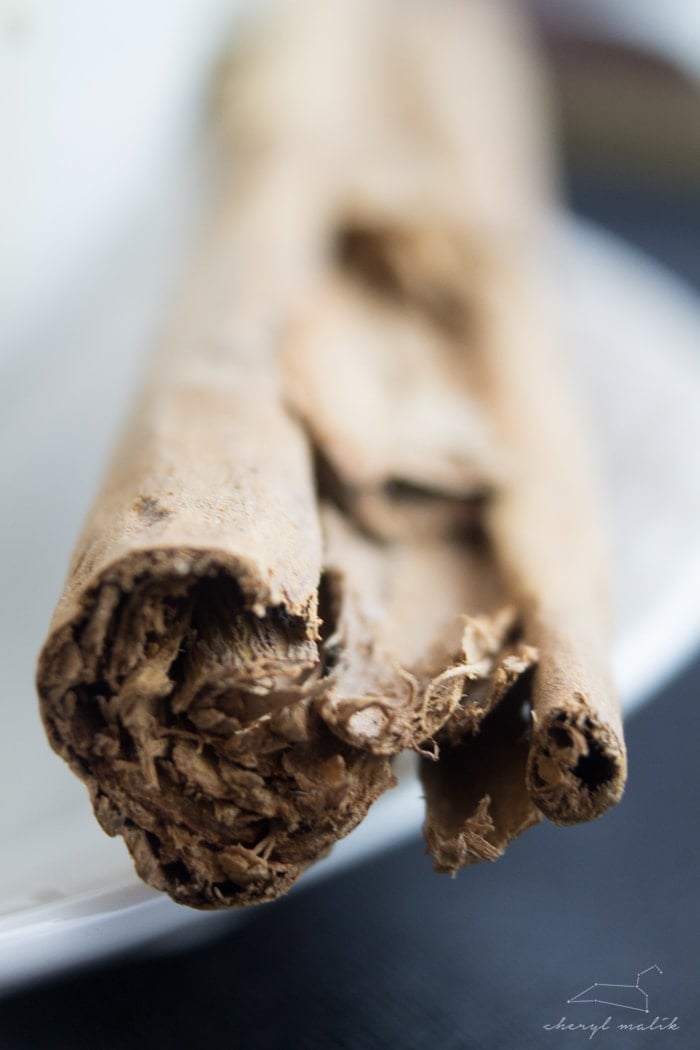 I was pretty amazed at how beautifully this recipe actually came out, and I can’t possibly imagine going back to the $4.76 monster from Starbucks. Instead, I’m content to sit at home on my new porch (thanks, honey!), sipping away on my way-less-than-a-buck concoction, feeling guilty about neither the nutritional yield of the ingredients nor the ethics in question. 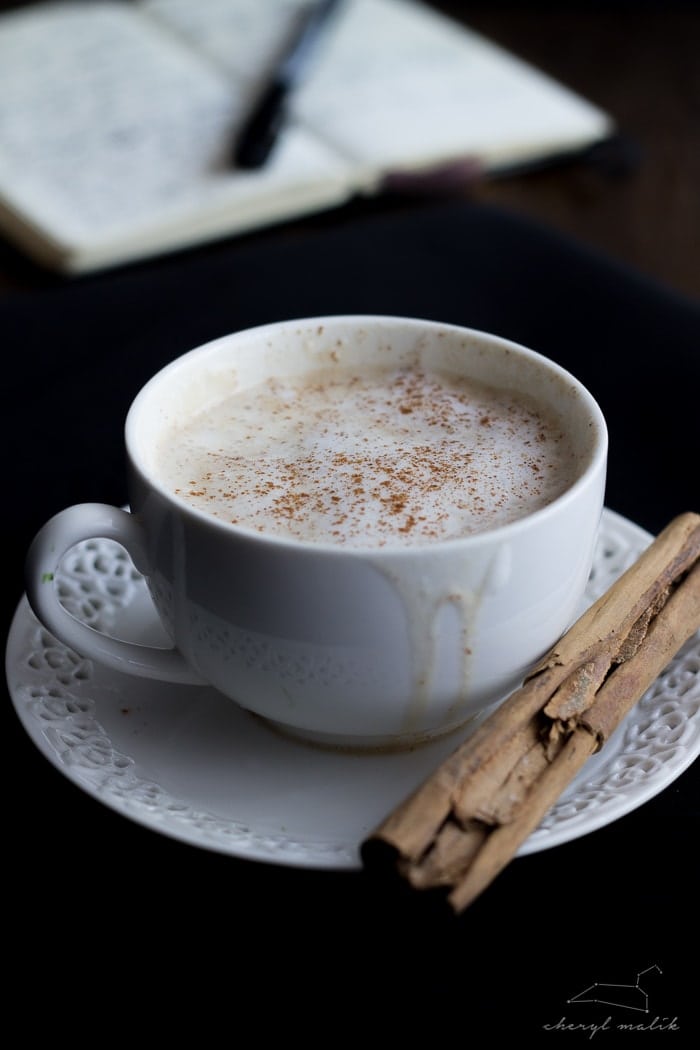 There’s just a smidge of pumpkin in the syrup, giving it that gorgeous color and pumpkin taste without overpowering the mixture in its texture. The spices are simmered just long enough to infuse the syrup with their dreamy aromas and cozy warmness. I used a nut milk bag to strain the syrup since cinnamon isn’t water-soluble and would otherwise sort of always float around in your latte. That’s fine, if that’s what you’re into, but I recommend straining the syrup thoroughly with either a nut milk bag or a couple layers of cheesecloth. 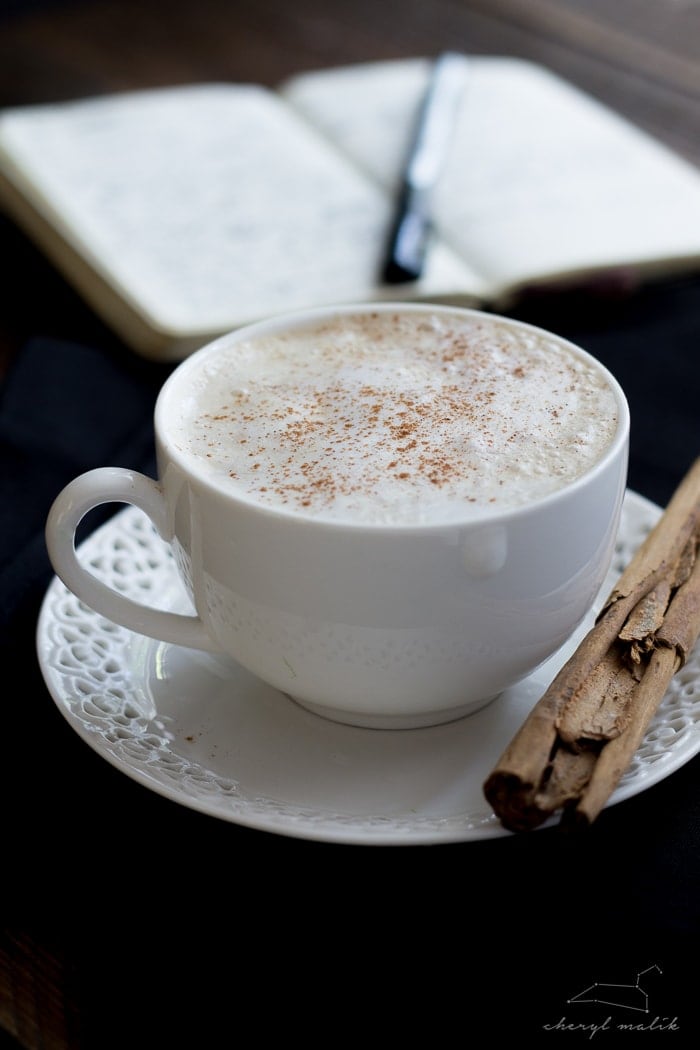 When it’s finished, the syrup is actually incredible versatile and works well with a smidge of almond milk in your morning coffee or even as a major component in some vegan ice cream (working on that recipe, you fine people!). The agave is so versatile on its own, without any overpowering flavors, that I loved having a batch on hand.

You don’t need a fancy espresso machine for this–a stovetop percolator will work just fine–that’s what I use–or you could even go with strongly brewed coffee instead, if you’re not illin’ for a caffeine fix (like moi). Either way, just make it. I’m serious. Your life.. changed. You basic white girl, you. 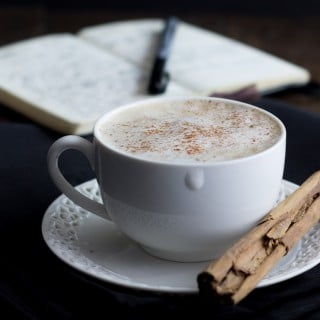 Spoon foam over latte and sprinkle with cinnamon to serve, optional.