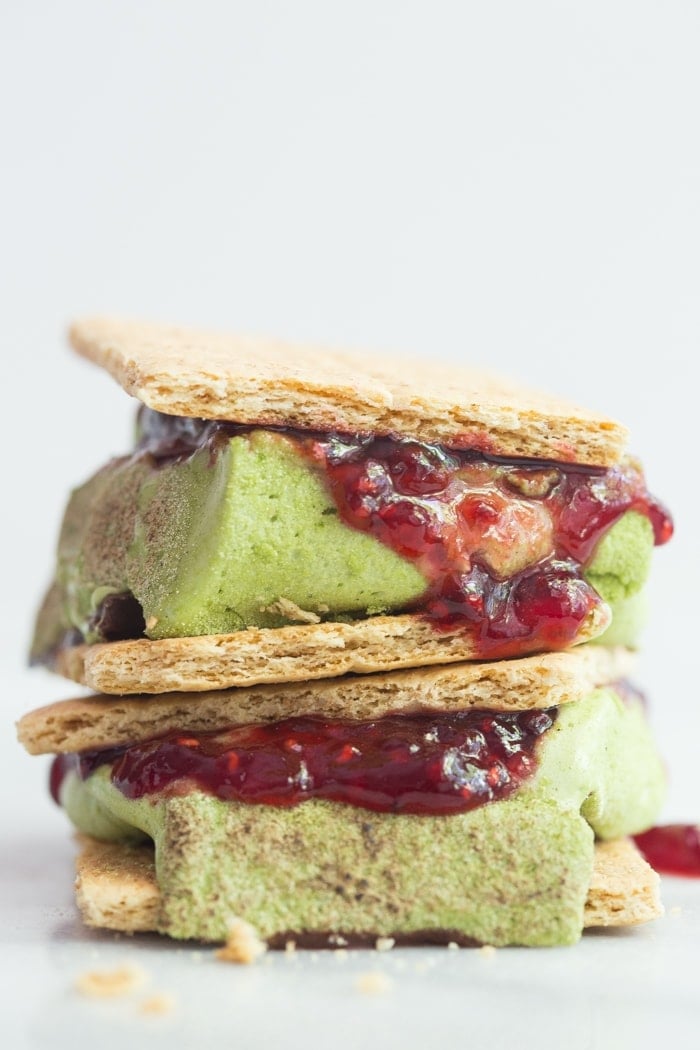 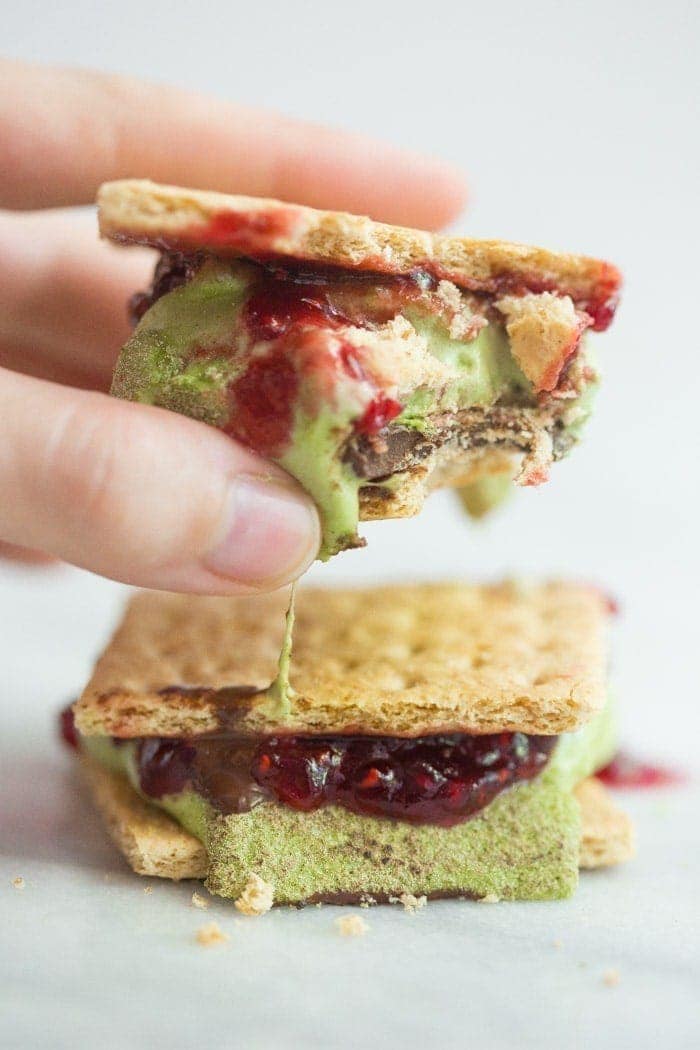 I guess it was just something we didn’t really do as a family, not a tradition that came embedded in my childhood. So later on, when given the choice between a s’more and, oh, pretty much anything else, I always chose the anything else. That, my friends, has changed. 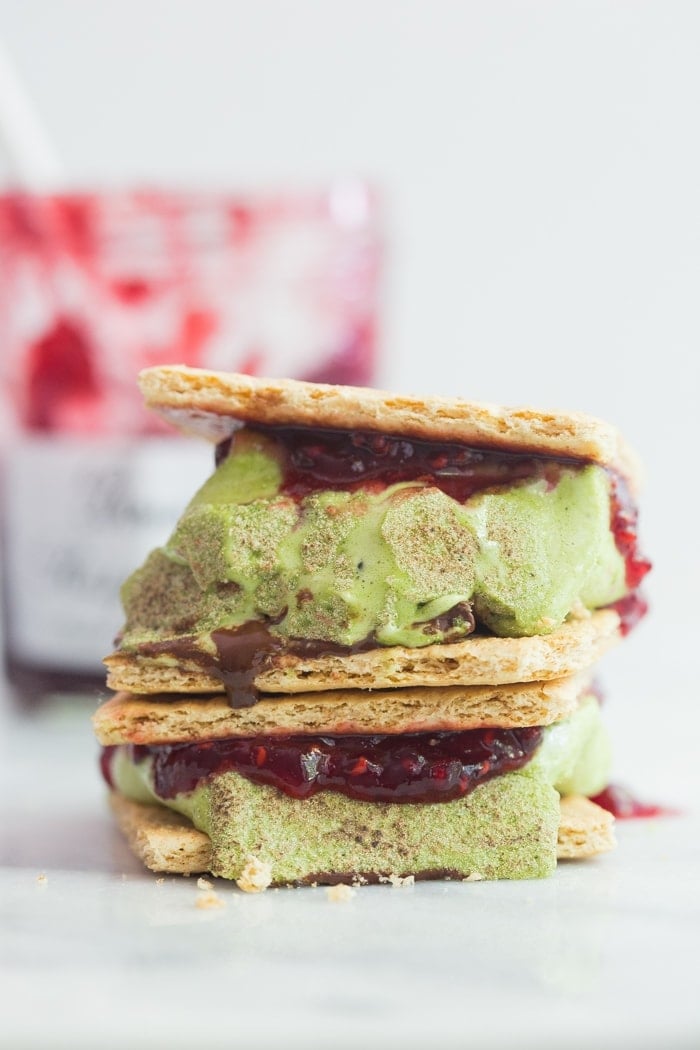 Last year, surely inspired by the myriad s’mores bars floating around Pinterest, I started dreaming of combinations that would overtake anything else. One night, I fell madly and rapidly in love with the idea of blackberry and white chocolate s’mores, and their realization was greater than anything I’d ever imaged. Oh. My. Moneypenny.

Following the melty, creamy, and tart blackberry-white chocolate concoctions were fresh cherry and dark chocolate s’mores, a casual homage to one of the greatest flavor combinations out there anyway. This year, I knew I had to one-up myself, and it felt like matcha was the obvious step. 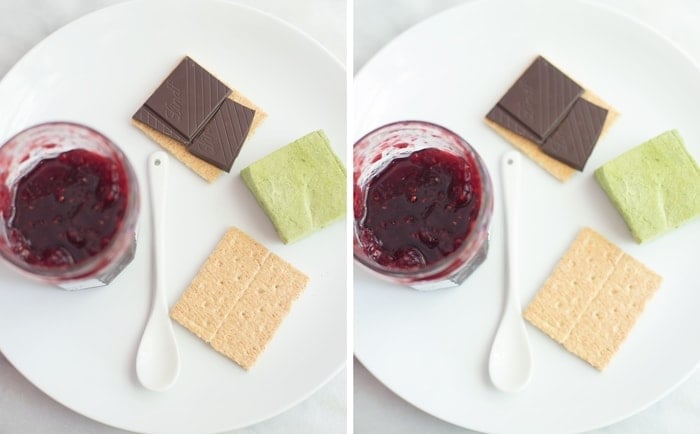 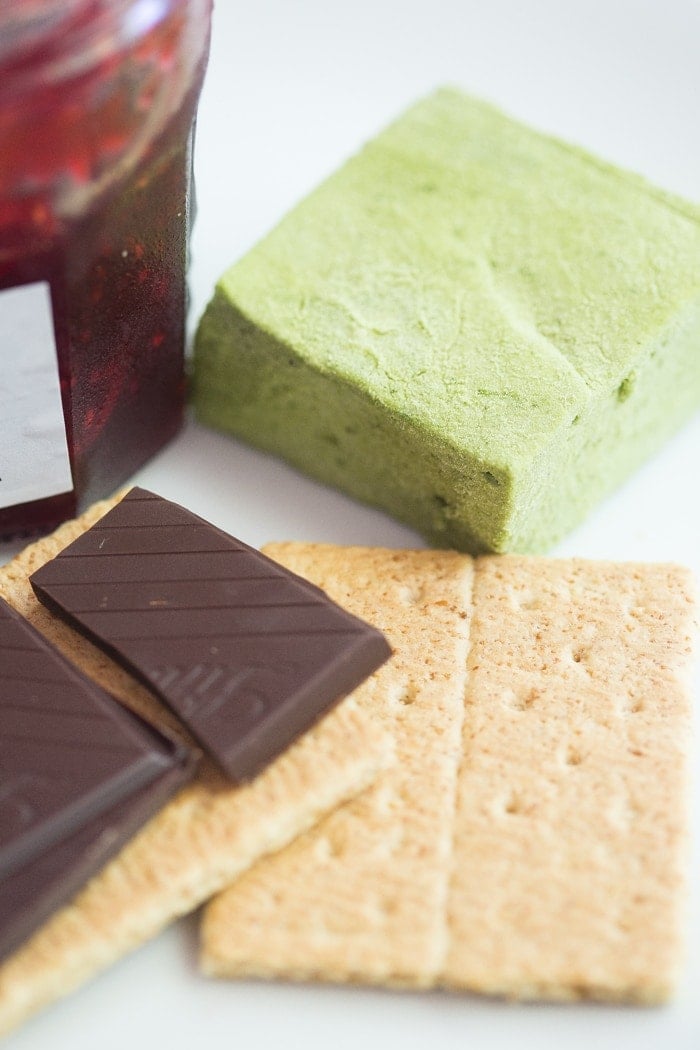 Matcha’s popularity as an ingredient has seemingly just grown and grown over the last few years. Having kept tins of matcha in my pantry for years now (Vegan chocolate-dipped matcha sugar cookies made in my very first all-alone studio apartment? I’m coming for you!), I’m giddy to share one of my ultimate favorite flavors with more and more green tea-lovers. You see, matcha is one of those things..–do you have one of those things?–it’s one of those things where, if I spot it on a menu anywhere, I have to get it. 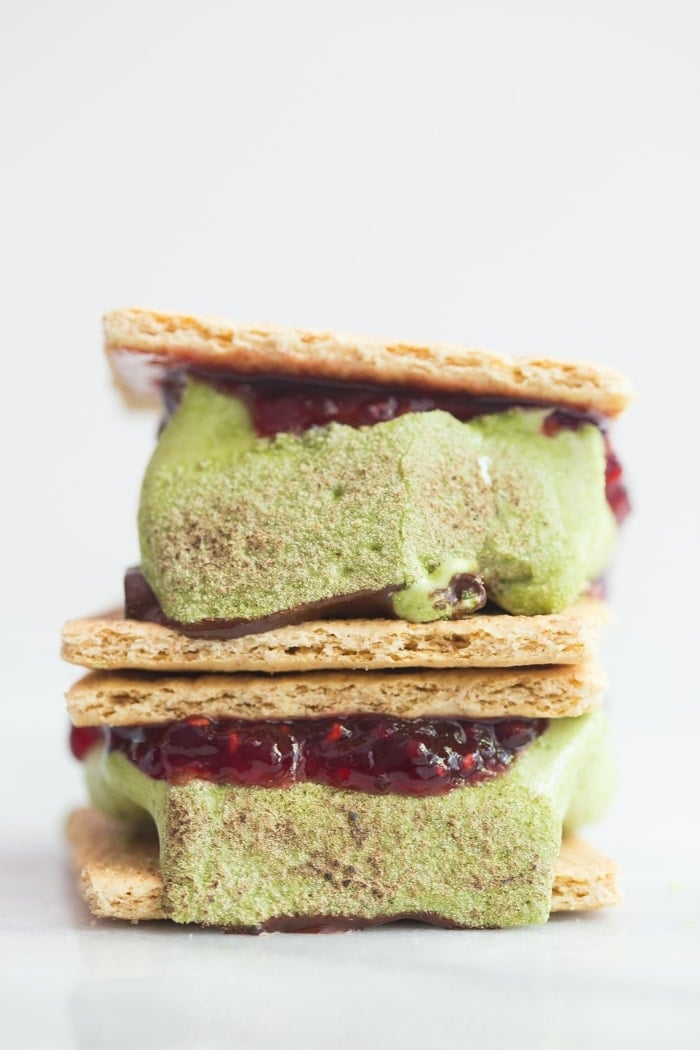 This obsession was maybe best expressed during our honeymoon when, on our last day in Paris, we happened upon Sadaharu Aoki–a Japanese pâtisserie–which I promptly pillaged, despite the fact that we had all of our luggage in hand and were headed to the métro. “YOU CAN’T TELL ME WHAT TO DO! YOU’RE ONLY MY HUSBAND!” I screeched loudly at my new mister, feeling pressured to maintain the American stereotypes abroad. 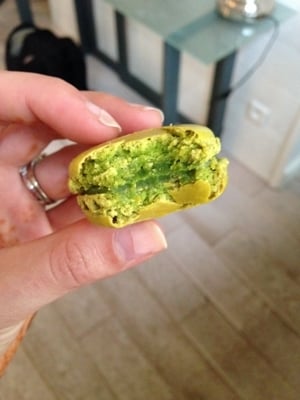 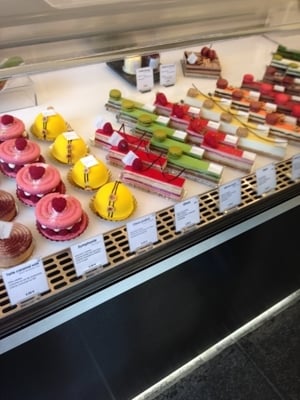 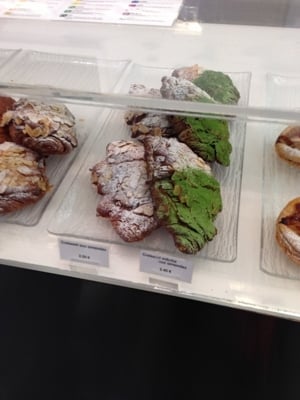 OK, so maybe it went nothing at all like that, but I did in fact devour basically every matcha everything they offered. And now, all I have to offer of their offering is some pixelated pâtisseries.

So, 10,000-word blog short, I knew that the marriage of matcha and s’mores would be epic, of, erm, I don’t know, Jay-Z and Queen B proportions? Except these matcha raspberry s’mores put those two to shame. Drunk in love? You ever been drunk on matcha raspberry dark chocolate s’mores, bitter dark chocolate sliding lazily across buttery graham crackers, supporting pillowy, earthy matcha marshmallows, charred lightly on their edges, topped with a tart raspberry jam–perfectly balancing both texture and flavor? 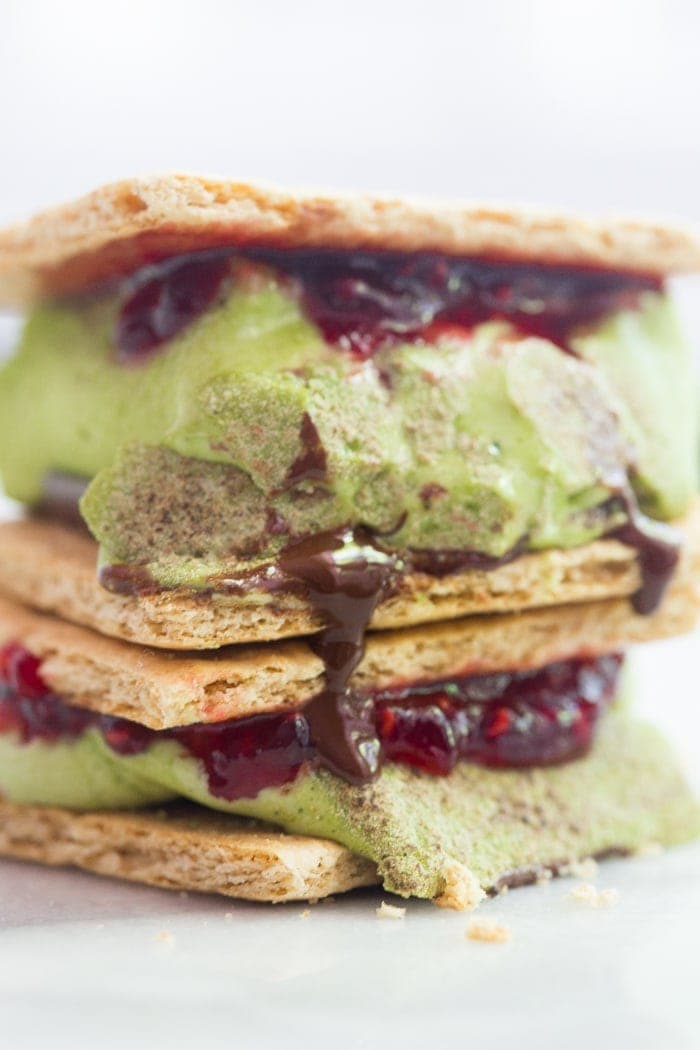 No? Well, get ready to black out, people, ’cause it’s happening. And being drunk in love always leads to like, neglecting your friendships and falling behind on your passion projects (for other passion projects, youseewha’I’msayin oooooh!?). Drunk on matcha raspberry s’mores might lead to a marriage proposal, in fact, or him never calling again, if you eat them a little too voraciously. But it’s better to know sooner rather than later that he does not and will never understand you, non?

The only thing you have to watch for with these s’mores is to not overdo the dark chocolate, as tempting as that might be! With a heavy hand, the dark chocolate overtakes the matcha, whereas a more balanced proportion leaves things mingling beautifully.