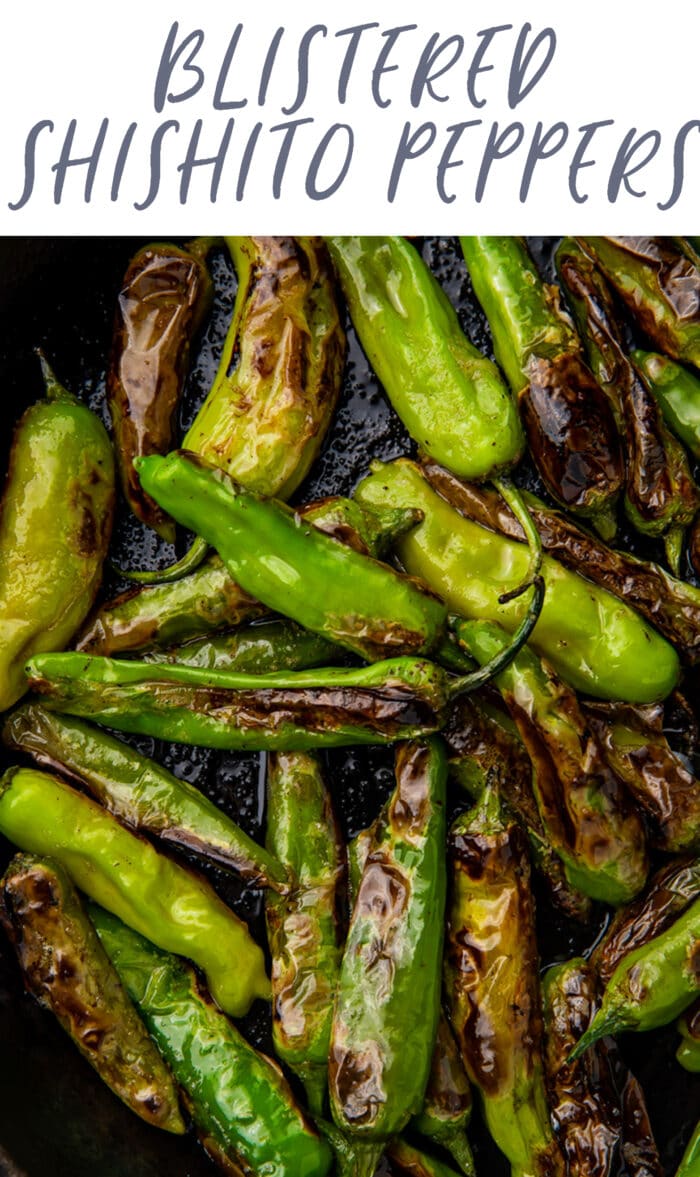 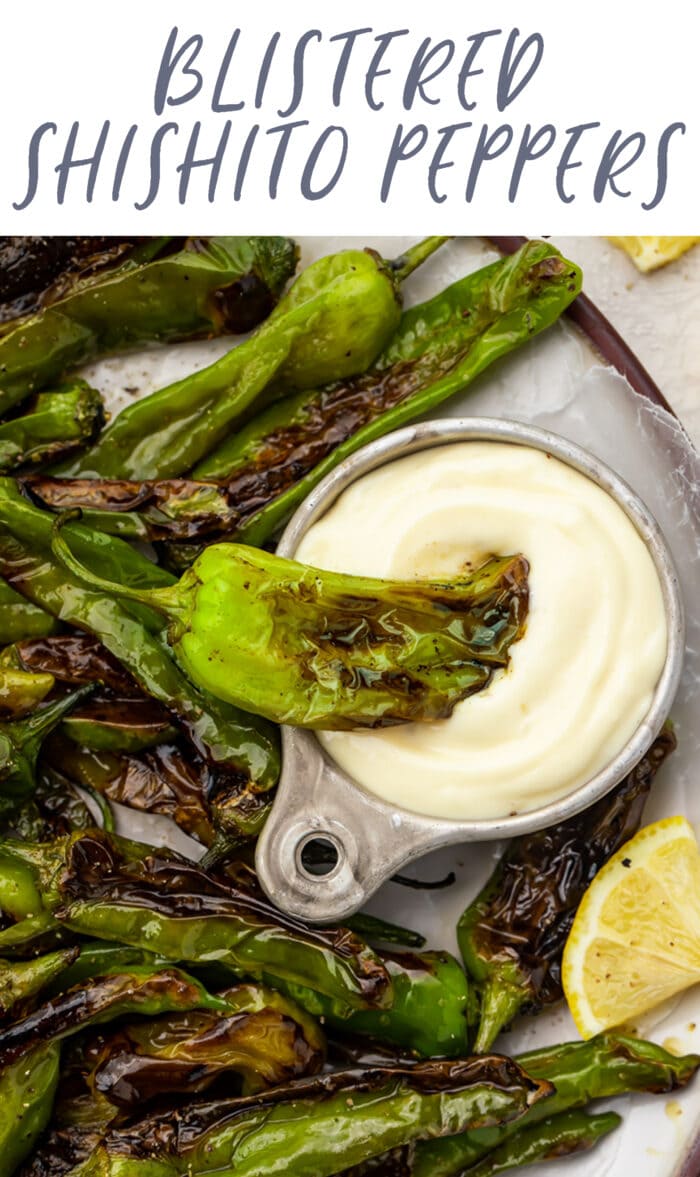 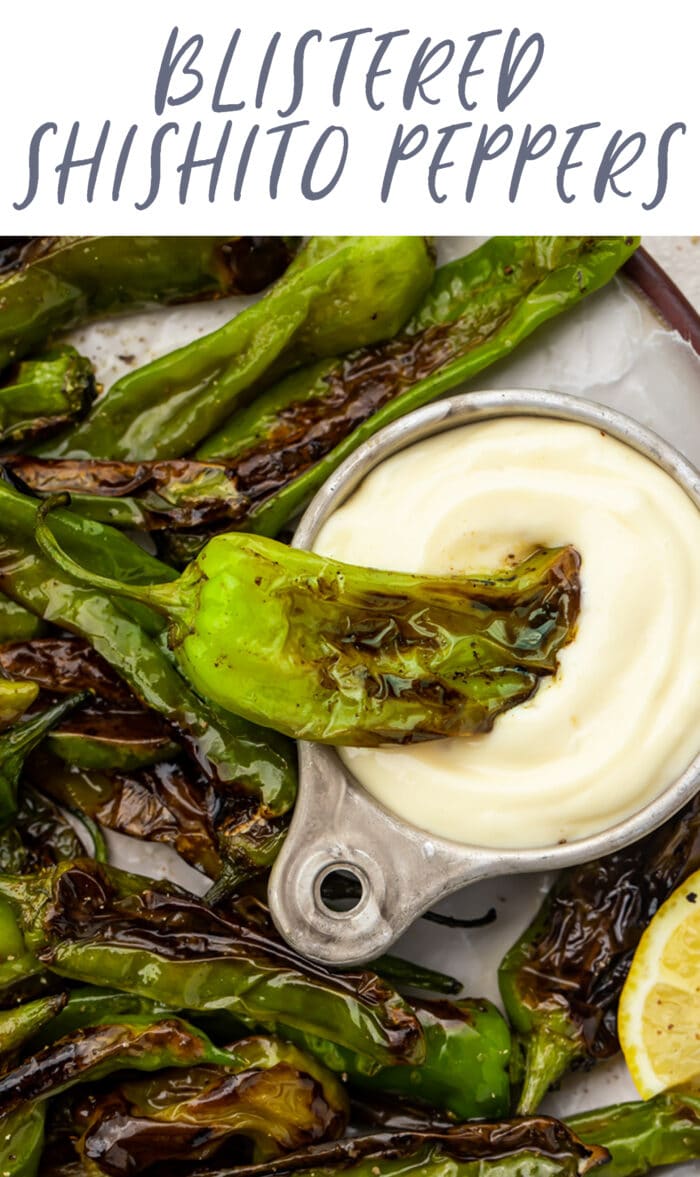 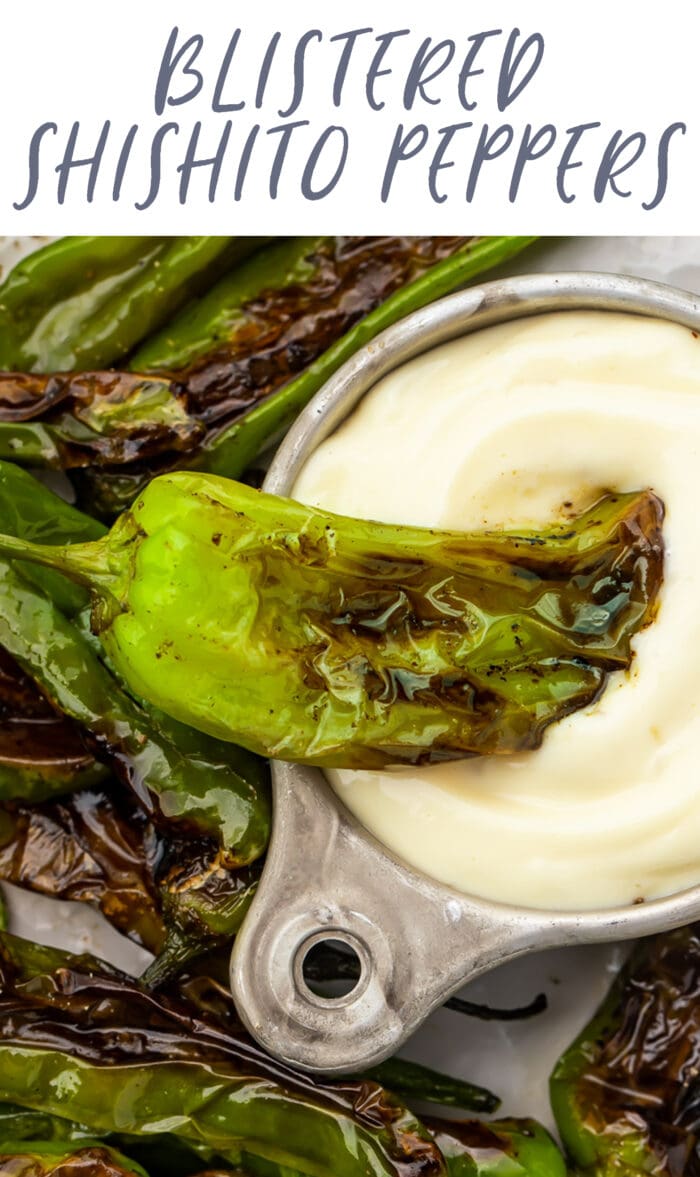 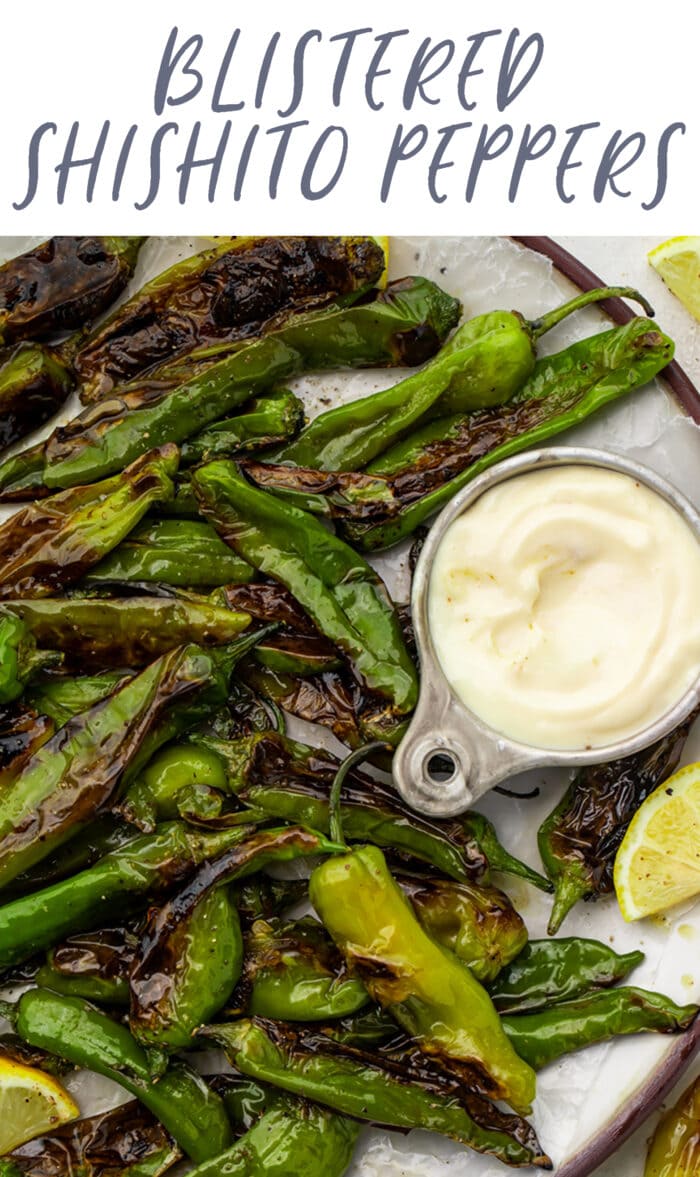 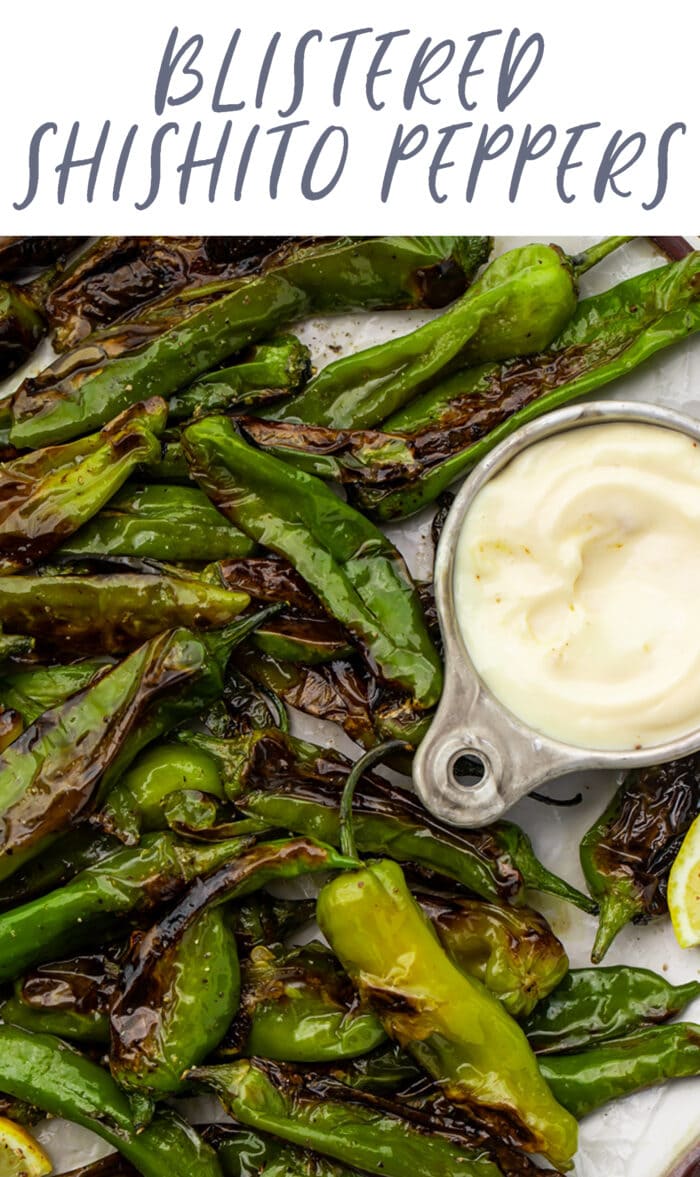 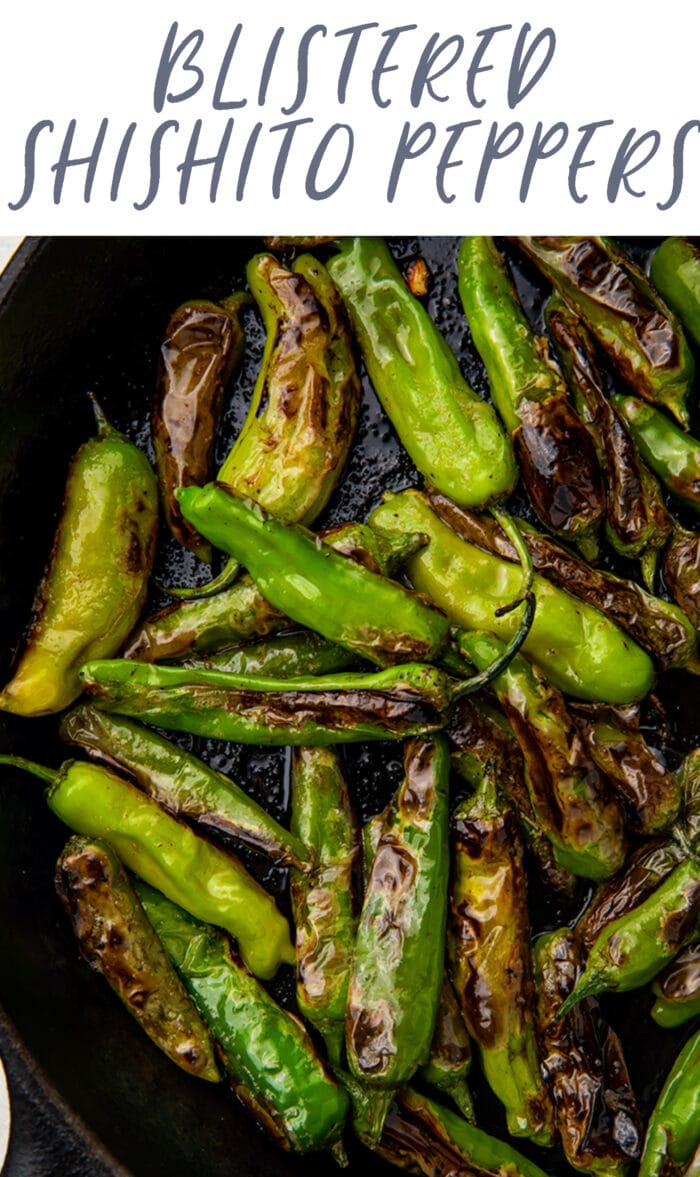 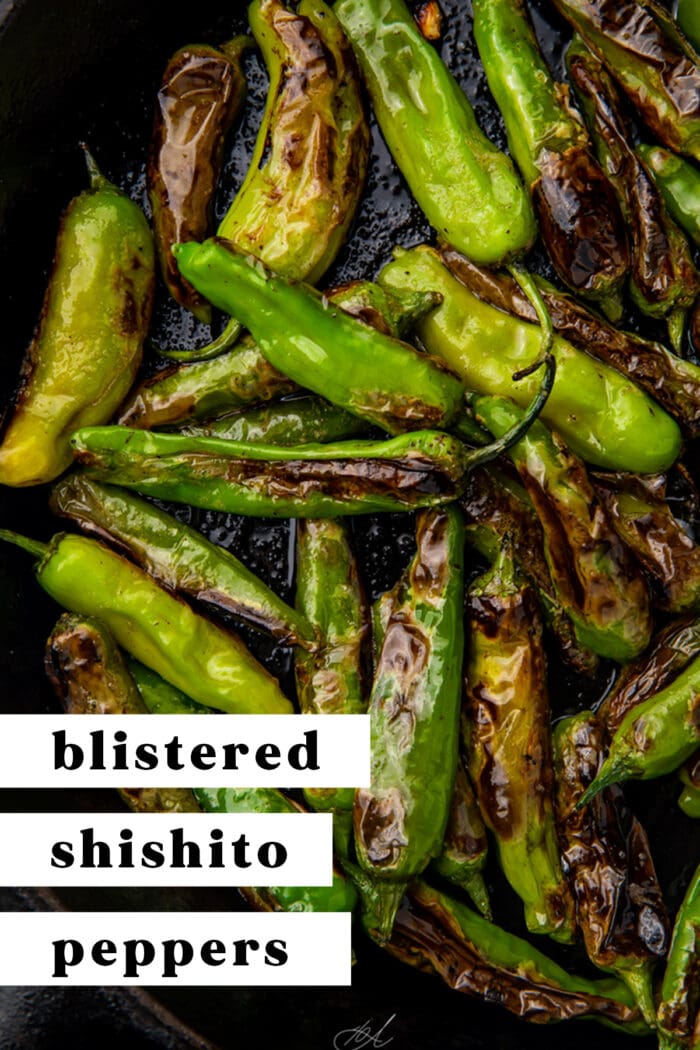 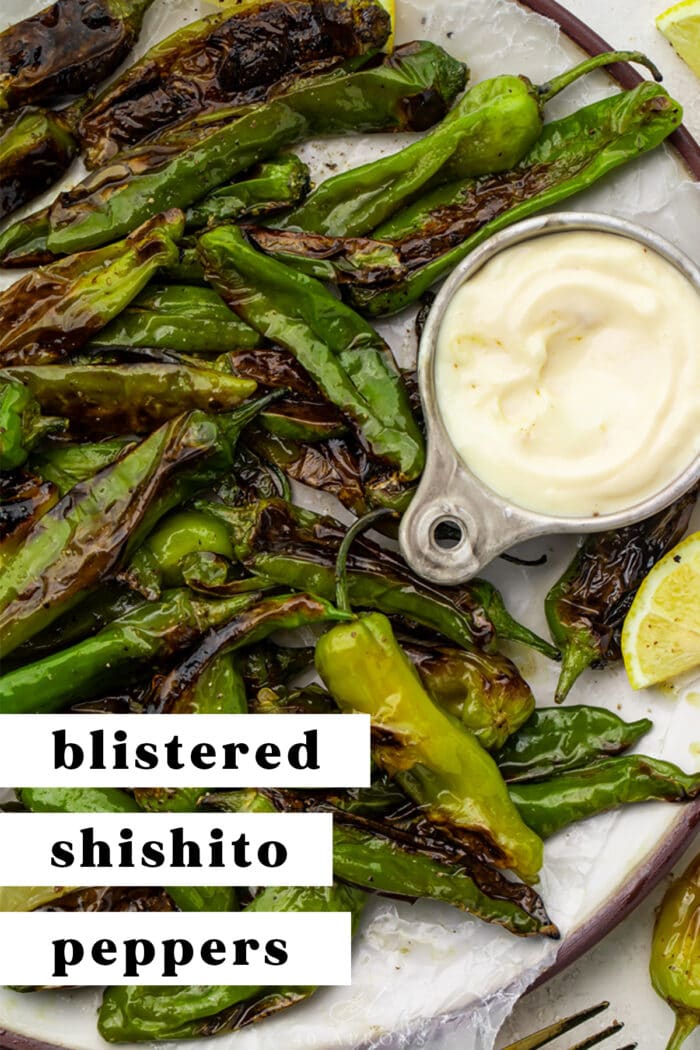 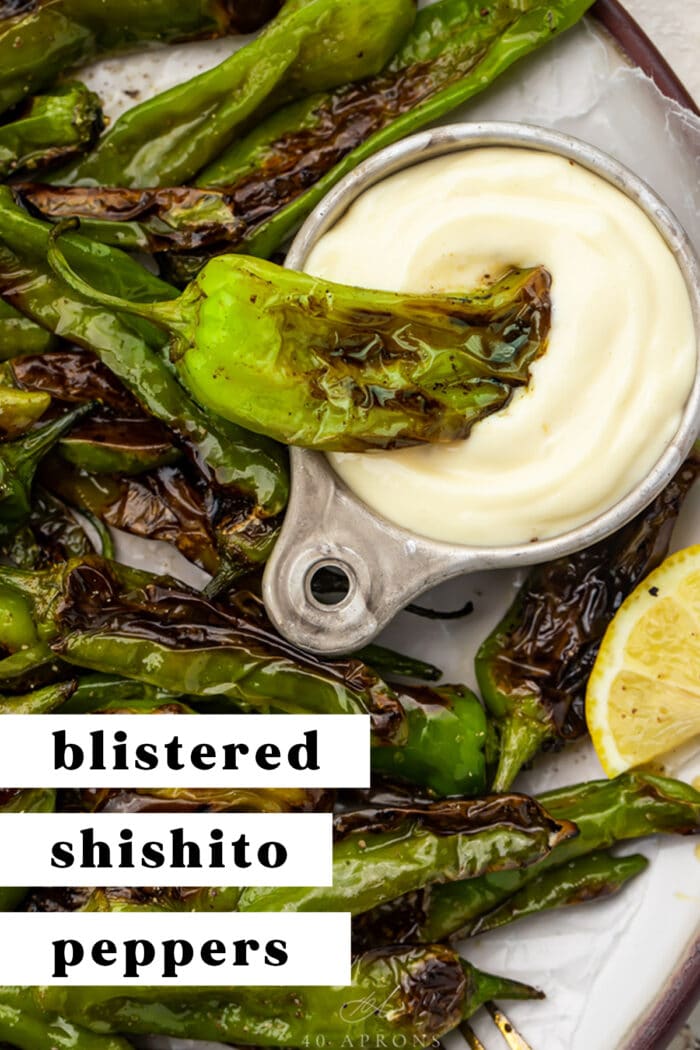 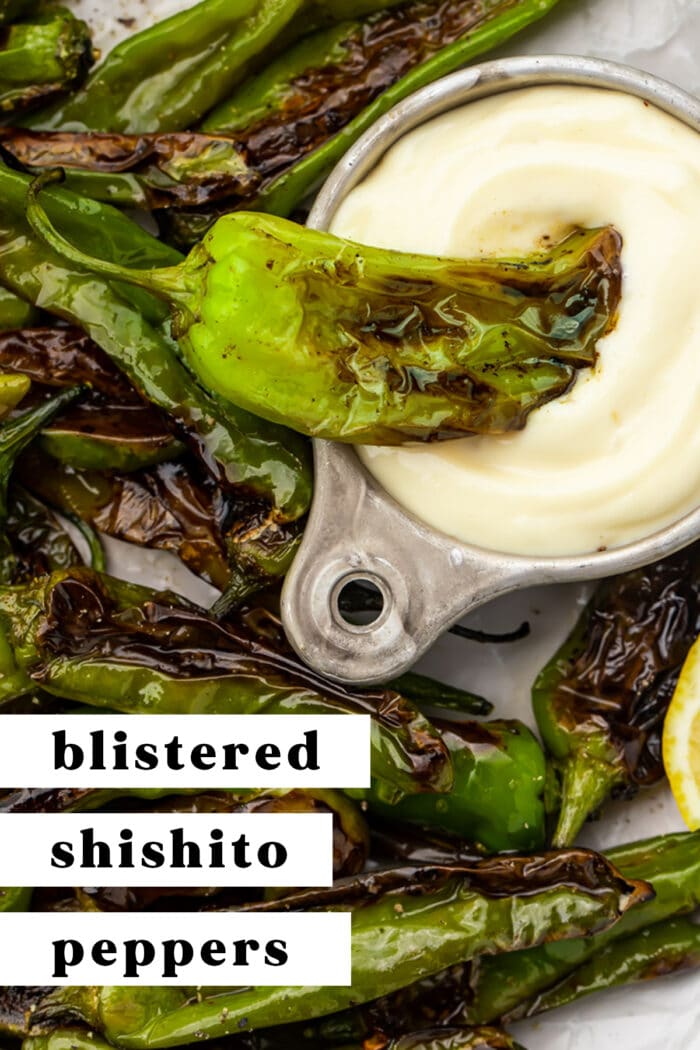 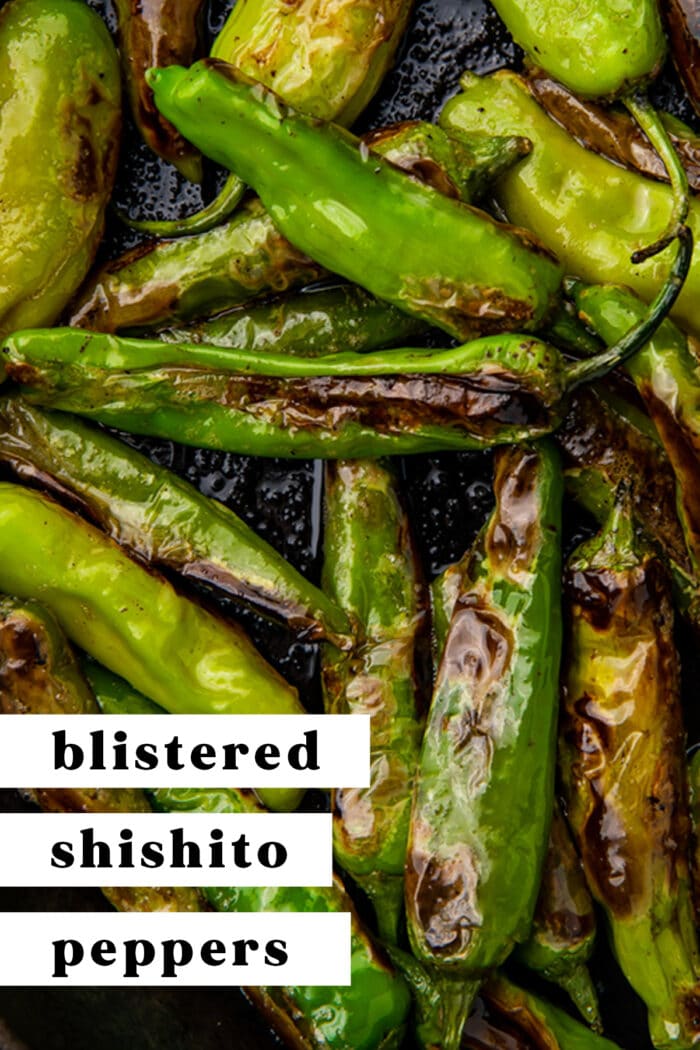 These blistered shishito peppers are cooked to perfection in a skillet then tossed with butter and served with a quick and easy lemon-garlic aioli. This is one of my favorite vegetable recipes of all time, and I devour them all summer! You’ll love this appetizer or side dish just as much as I do, guaranteed.

If you like peppers, you’ll definitely want to check out our incredible recipe for guacamole-stuffed, bacon-wrapped jalapeño poppers, available exclusively to our 40 Aprons Premium members. If you’re not already a member, click here to find out more info about 40 Aprons Premium!

What Makes These Peppers So Good

Shishito Peppers – These small, vibrant green peppers are a little sweet when they’re raw – and, yes, you can eat them raw! When they’re charred, though? Oh, mama. Blistering shishito peppers amplifies their smoky taste, and I promise you won’t be able to eat just one. Shishito peppers aren’t the same as Padrón peppers, but they’re similar. Padróns would work in this recipe if you can’t find shishitos.

Mayonnaise – Mayo is the base for your lemon-garlic aioli. I really love the cool creaminess of mayonnaise with the crisp, fresh flavor of the peppers. There’s something so pleasing about the two textures together. If you’re vegan, you can use vegan mayonnaise. Paleo or on a Whole30? We’ve got a great recipe for One Minute Whole30 Mayo that you could use here! You don’t actually have to serve your blistered shishito peppers with any dipping sauce at all, but I really love the flavor it adds!

Not really, no! Well… kind of. But mostly, no. So the thing is, most shishito peppers (seriously, like 90% of them) are actually pretty mild. If you want to get technical, they land anywhere from 50 to 200 Scoville heat units, and most are closer to 50 SHU*. Every now and then, though, you’ll get one that’s got a really good bite to it. The hotter peppers won’t look any different from the mild ones, which kind of turns your appetizer into a fun game!

*For reference, bell peppers are around 0 SHU. Jalapeño peppers range anywhere from 2,500 SHU to 8,000 SHU.

Are Shishito Peppers Good for You?

Yes! Blistered or not, shishito peppers have a lot of nutritional benefits. They’re rich in free-radical fighting antioxidants, and the high amount of vitamins C, B6, and E are great for your immune system. These vitamins also aid in collagen production, and the fibrous peppers are great for your digestive system.

For the Shishito Peppers

For the Lemon-Garlic Aioli