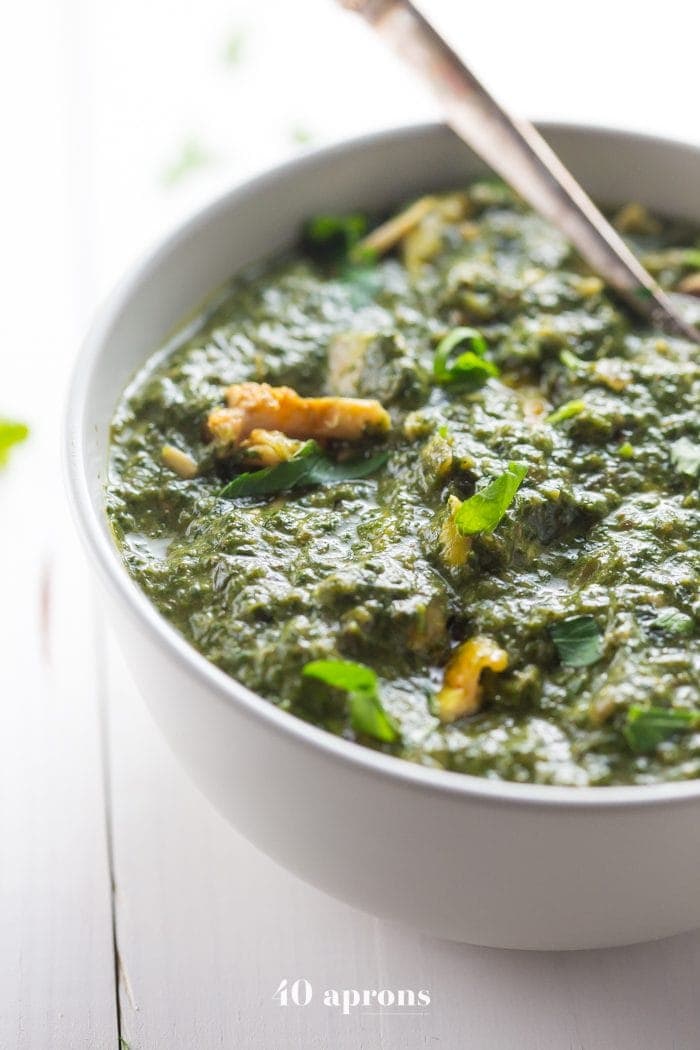 I present to you… the ugliest dish.

I’m just not sure there’s a dish out there can rival a rich Indian saag or palak in homeliness. Dark green mush, dotted with little white cubes of paneer on the buffet line, usually squatting in between a similarly hideous dal and heaps of fluffy jasmine rice, that doesn’t stop saag paneer from being my favorite Indian dish, maybe ever.

OK, so, my restaurant-style Whole30 chicken tikka masala might actually win that prize. But saag paneer is sure as hell right beneath it on the leaderboard.

Of course, though, paneer isn’t Whole30-compliant: it’s made almost entirely of whole milk. If you’re into that kind of thing, I have the best ever homemade paneer recipe for you, too! It’s easy and ridiculously rich and creamy, like 400 lightyears better than what you get at the store or at the restaurant. Like, the heavenliness cannot be overstated. You’ve gotta try it. 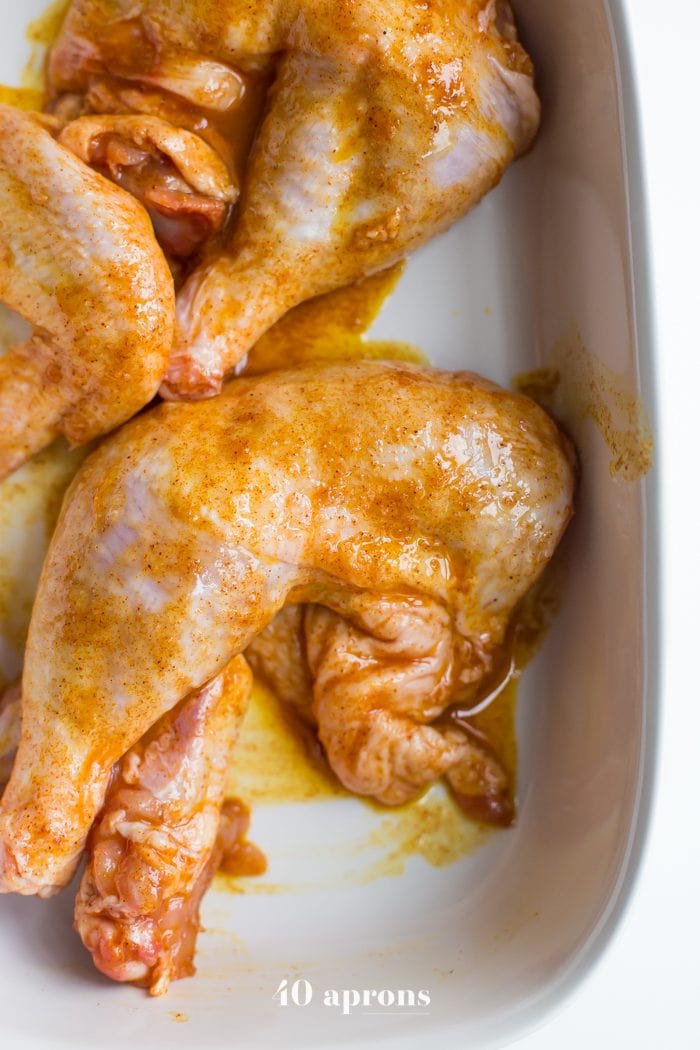 But the heavenliness and richness and holy-crap-meet-me-at-the-Indian-buffet-in-20-minutes-ness of homemade paneer is irrelevant when it comes to the Whole30 or more paleo diets. It’s off limits.

Enter… Whole30 Indian saag chicken. Technically saag murgh but who’s counting? This stuff is divine, y’all, and the chicken is so tender and perfect that you won’t miss the paneer one bit. The Whole30 Indian saag chicken is made by first caramelizing a quartet of Indian aromatics until they’re a deep brown and super rich. Then you blend in plenty of frozen spinach and plenty of coconut cream, making the dish creamy and complex and comforting and perfect. 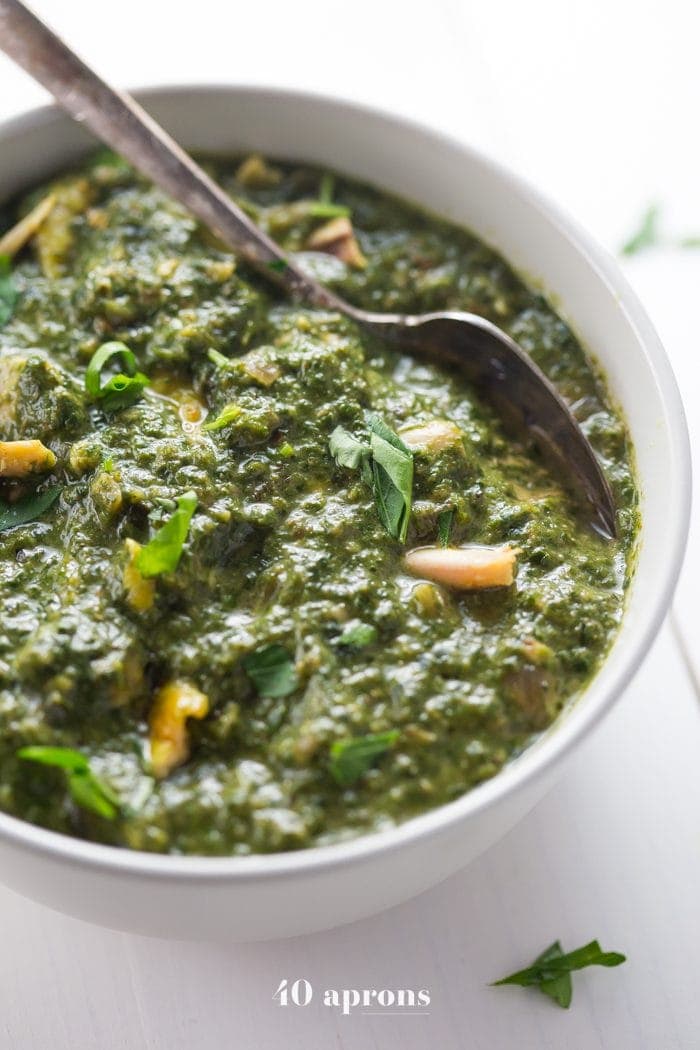 The best part of this stuff is that it makes killer leftovers, and on a Whole30, maximizing leftovers is key.

Oh, the most important part? Don’t skip the caramelization. It absolutely has to look like this: 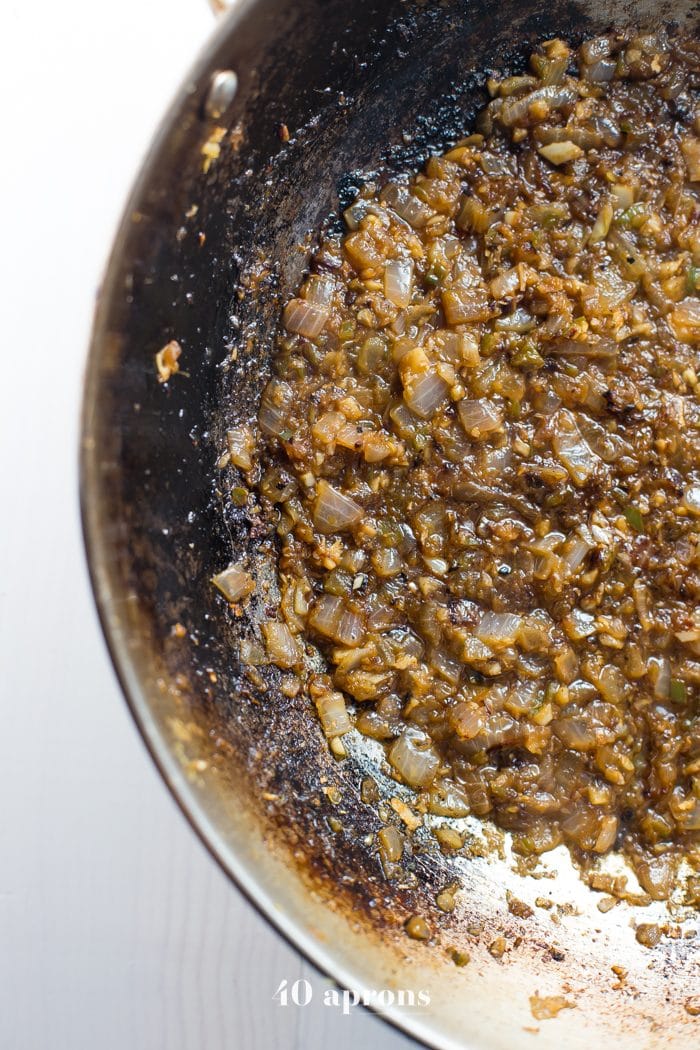 And if it doesn’t? I wash my hands of you! Seriously, though, this Whole30 Indian saag chicken will not be nearly as rich or complex or delicious or takeout-worthy if you skip the caramelization. Don’t do it!