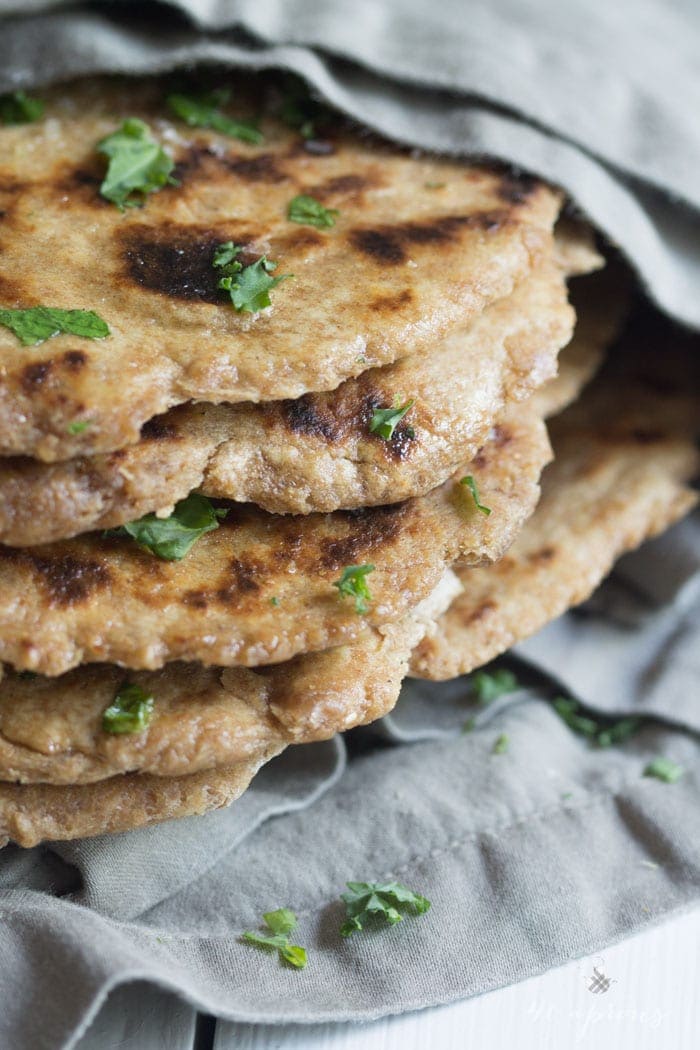 If you didn’t know, O is half-Pakistani, making his dad, you know, full Pakistani, which explains why I wore mendhi on my palms at our wedding and why we eat so much Indian food.

O grew up eating halwa poori with cholay for breakfast and big bowls of dal and curry for lunch and dinner. And I myself could live my entire life on rich spiced saag paneer and mushroom bhaji and chicken 65. But for O, it’s all about the journey. 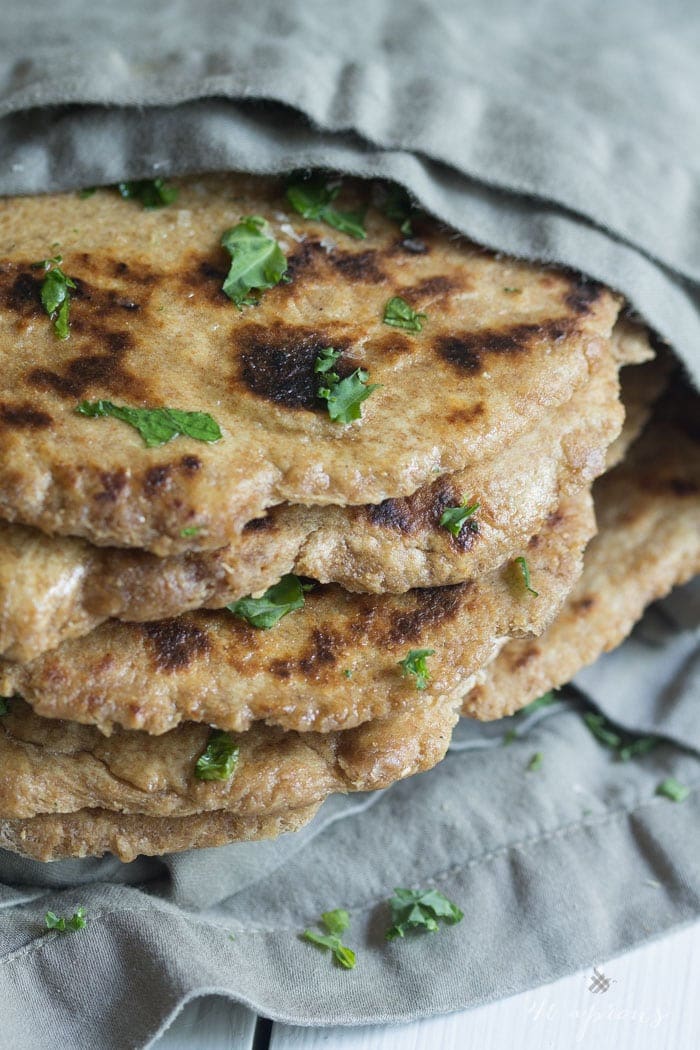 There, that’s the one. The man loves bread. So I knew when I made palak paneer a little while ago, I absolutely had to accompany the dish with some homemade naan–who cares to spend $5 on the prepackaged stuff at Whole Foods? But I decided that, especially since we eat so much white-flour naan when we go out–to make it a bit more wholesome and nourishing at home. Enter.. whole wheat naan. 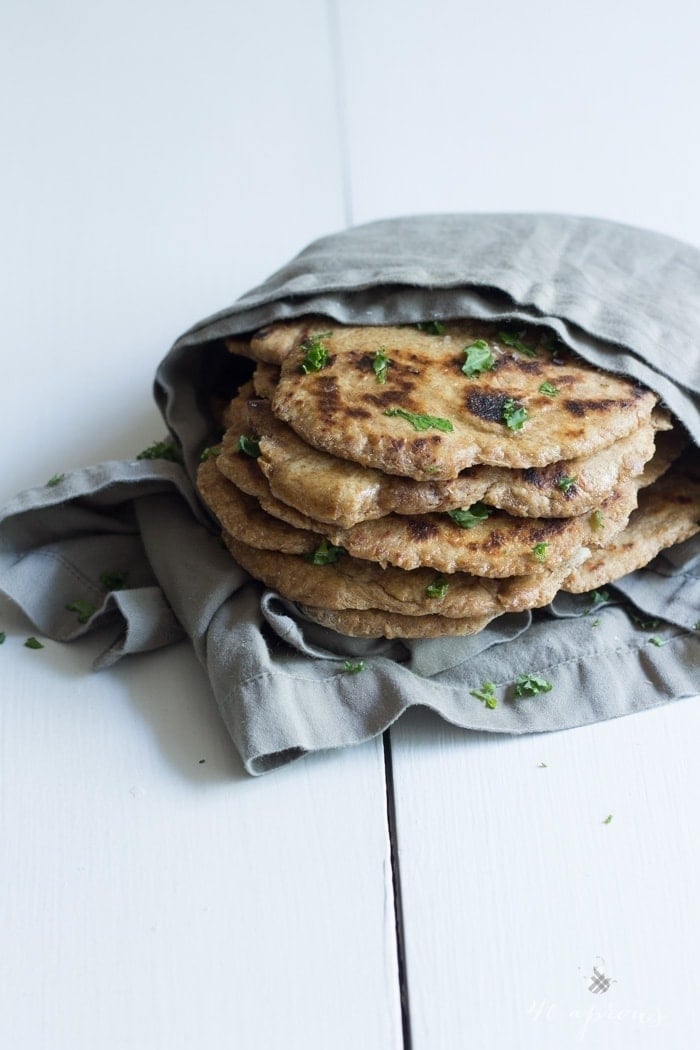 I searched for recipes to base mine off of for a while, but most I spied used only a small portion of whole wheat flour in relation to the white flour, which didn’t really seem totally worth it to me. If we’re going to make whole wheat naan, by Jove, the naan should be whole wheat! So I leapt off on my own and came up with a bread that’s almost entirely whole wheat. It’s a bit toothsome yet tender, full of flavor, and perfect for the scoopage of curry from the bowl to your face.

I’ve only tried this whole wheat naan recipe with regular yogurt, but I’d imagine you could sub vegan yogurt and a plant milk easily. You might want to add in just a little bit more oil to make up for the lower-fat dairy substitutes, but otherwise, all should be good.

Stay tuned for the perfect palak paneer to accompany this naan! Because in our house.. naan always comes first. 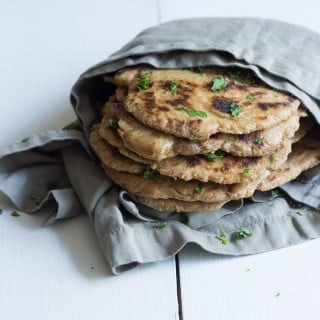 Brush with ghee and serve warm. 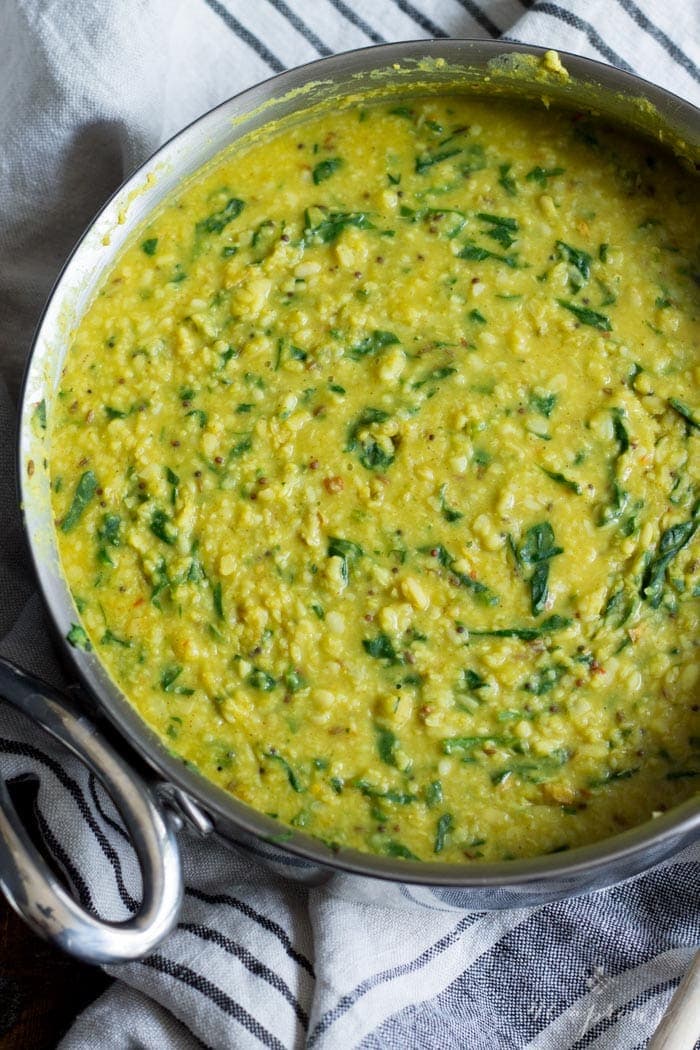