This watermelon juice recipe is easy, sweet, and so refreshing, plus it’s made with only one ingredient! Making homemade watermelon water is a great way to save money but savor fresh, hydrating watermelon all summer long. 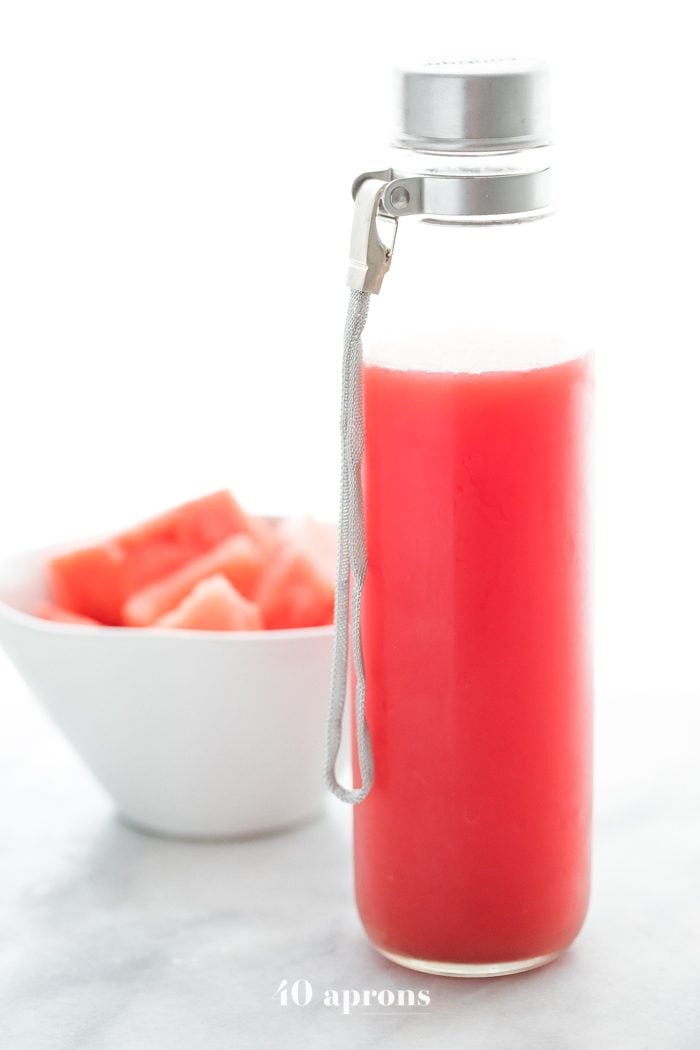 Don’t mind me, just gently thumping the hearts of watermelons over here. Divining which one is perfectly ripe, sweet, and juicy. Analyzing and massaging her underbelly for signs of maturity and depth. Making up half of it but looking really professional to the other grocers.

Translation: Are you as obsessed with watermelon water as I am? Or should we say, erm, Watermelon WTR? You’ve seen the bottles at the store: they sell for something like $3 a pop and are wrapped in a classically watermelon striped label. They taste, at once, sweet and fresh and somehow green and juicy, and they’re full of lycopenes, vitamins, minerals, carotenoids… oh. my.

I personally can’t resist picking up a bottle of watermelon water whenever I’m out, but my wallet is certainly resisting. They go on sale for maybe $2.75 a pop, and considering I can get a whole ding dang watermelon for about that price right now, my poor bank account is softly crying out at me every time my eyes dart for the juice section in produce. 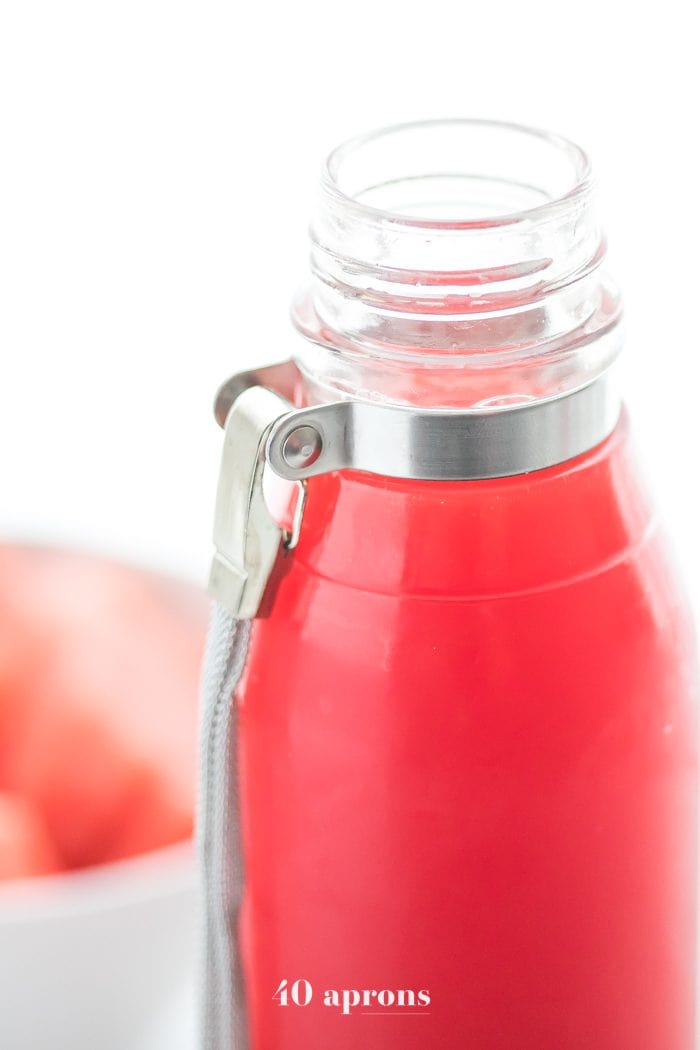 “Make your own watermelon water!” They say to me. “Just do it your damn self, you spendy Cindy.”

Turns out, though, it’s really, really easy to make watermelon water at home. It’s easier than putting on pants and going to the store for sure, and here’s the real kicker: homemade watermelon water is way, way better than the bottled stuff. Shocker, yeah? I mean, maybe not, except I didn’t quite believe I could capture all the sweet and juicy glory or watermelon water (or watermelon juice, which is kind of what we’re doing here) myself. Self-esteem officially defeated. 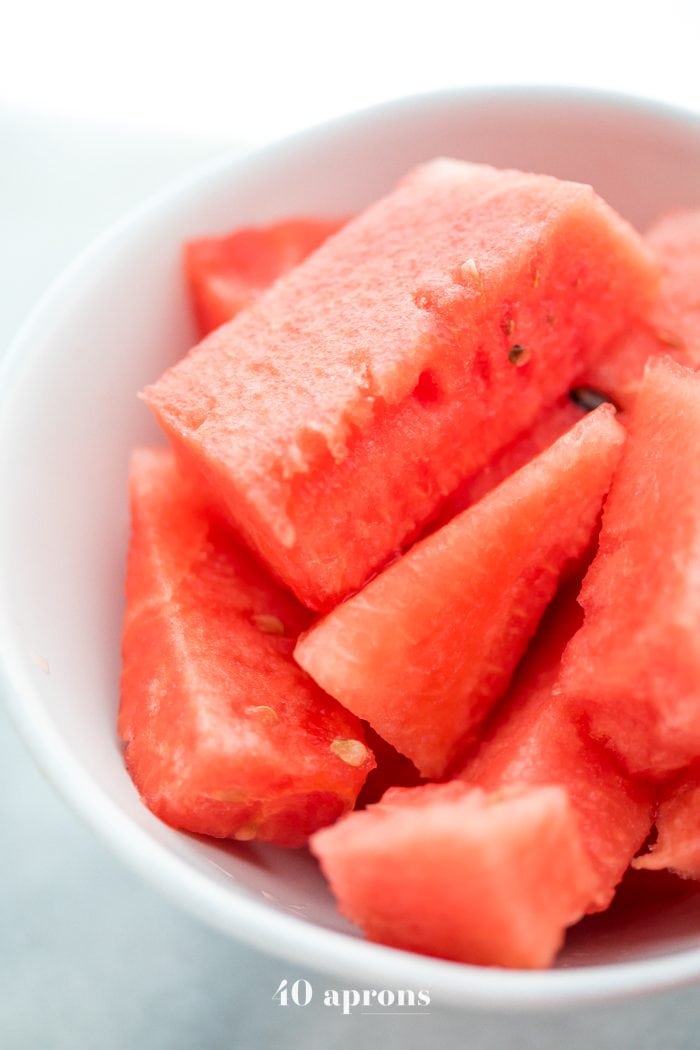 This homemade watermelon water recipe is really versatile, too. Check it out: 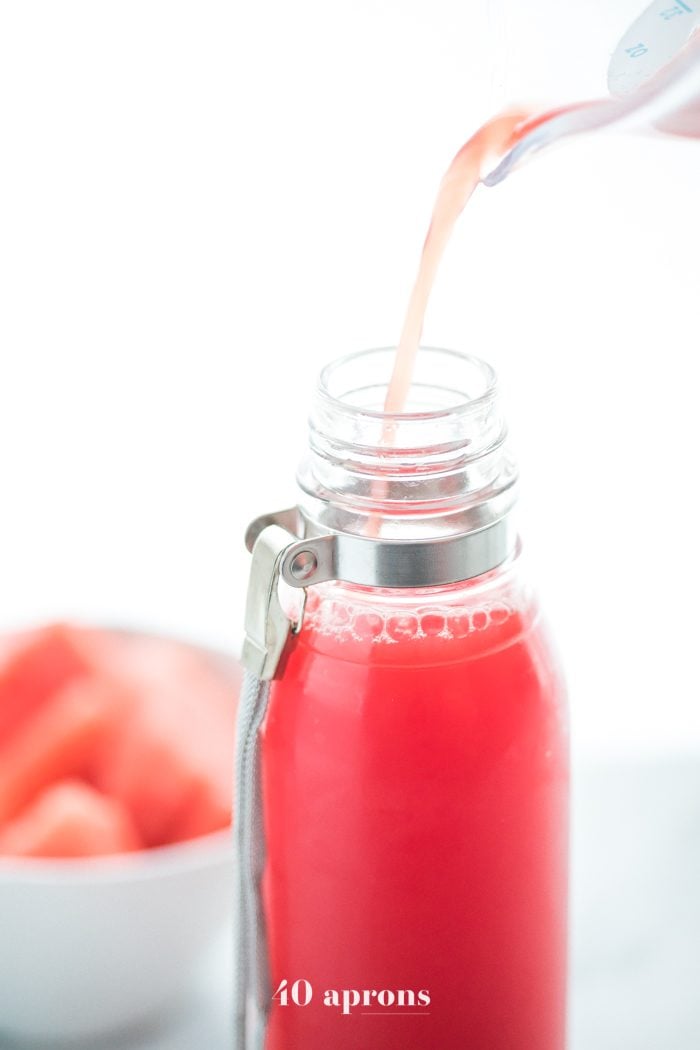 How to make watermelon water at home

It’s pretty simple, y’all, and it goes like this:

Put cubed watermelon in a blender. Blend. Tada. In fact, this watermelon water recipe is hardly a recipe, don’t you think? Except I personally thought I would need an actual juicer to make it happen, so I made it a recipe, dagnabbit. Hey, you’re here, aren’t you?

Can I use a food processor or juicer?

I don’t see why not! If you use a food processor, make sure that you process the watermelon very well, and you’ll probably want to strain the mixture, too. The juicer will remove the relatively low fibers from the watermelon, which I prefer to keep since it’s naturally pretty high in sugar. But you can definitely do it! 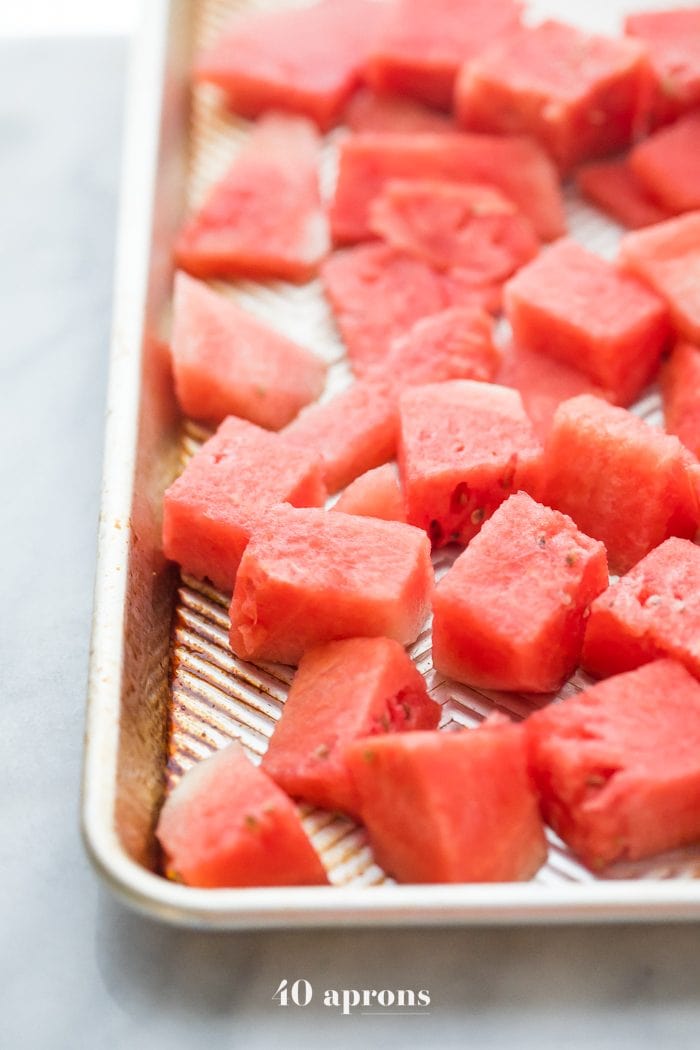 What are the health benefits of watermelon juice?

How much time do you have? Seriously, watermelon somewhere along the line got a bad rap for being less nutrient dense than other fruits, but it’s actually packed with goodness. On top of being insanely hydrating, watermelons boast:

What is watermelon juice?

How long does this homemade watermelon juice recipe last?

I found that it tasted best within a day or two of being made. If it even lasts that long!

Can I blend this with other fruits or vegetables?

Sure! Cucumber specifically would be amazing, but you’ll want to make sure to peel the cucumber, unless you’re using a juicer. I would also strain that mixture after blending. But how refreshing does that sound?

Eh… you’re not supposed to drink your fruits, much less eat quite so much of them anyway. Save this for your food freedom. A little bit in a glass of sparkling water with some mint would be a great Whole30-OK mocktail on occasion, though! 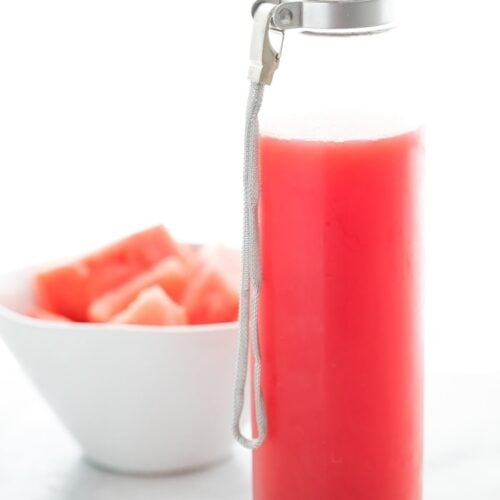 This watermelon water recipe is easy, sweet, and so refreshing, plus it's made with only one ingredient! Making homemade watermelon juice is a great way to save money but savor fresh, hydrating watermelon all summer long.

I personally prefer the watermelon juice without extra water added, but you can add water--as much or as little--as you like!