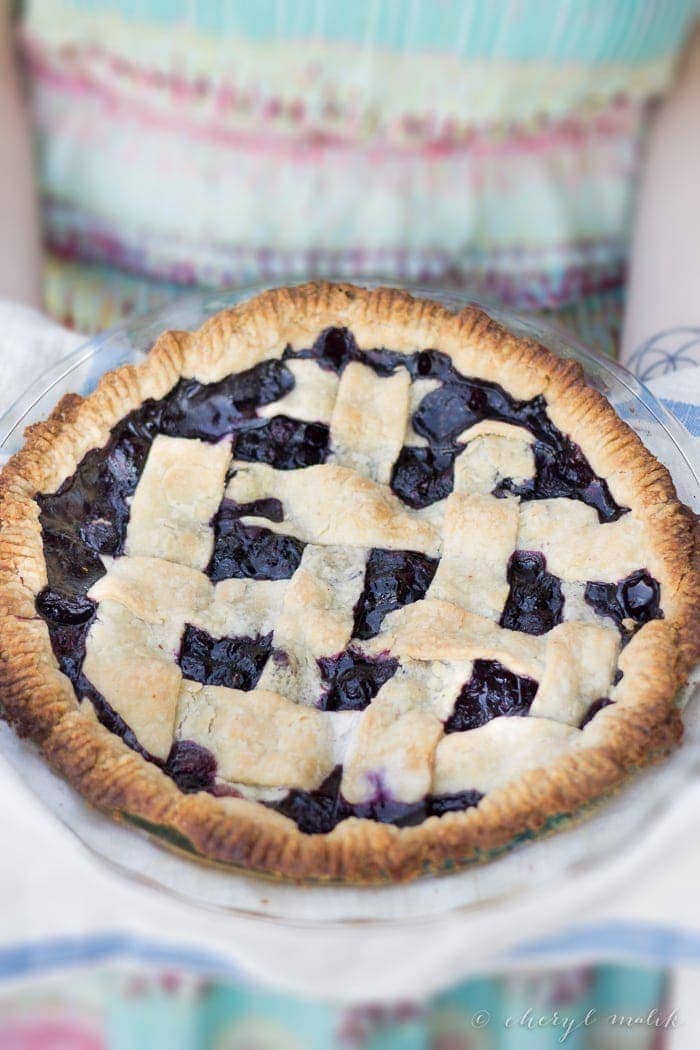 When I was a kid, we often read the book “Blueberries for Sal”. I’m not exactly sure what actually happens in the book, I just know Sal totally jammed his face into a mess of fresh blueberries.

And it sounded awesome. 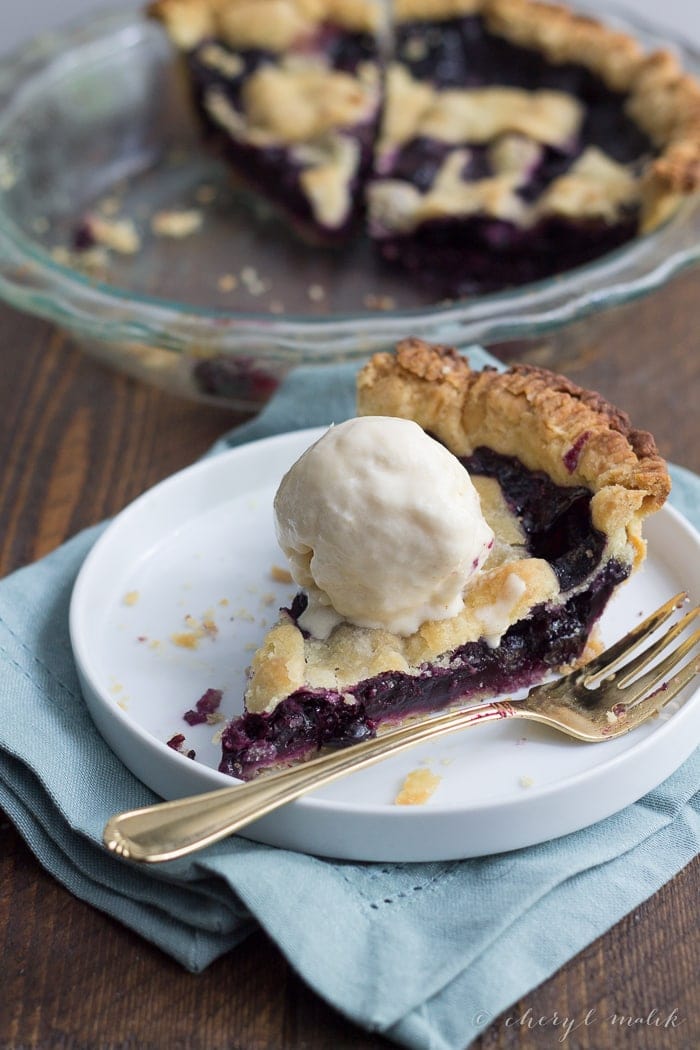 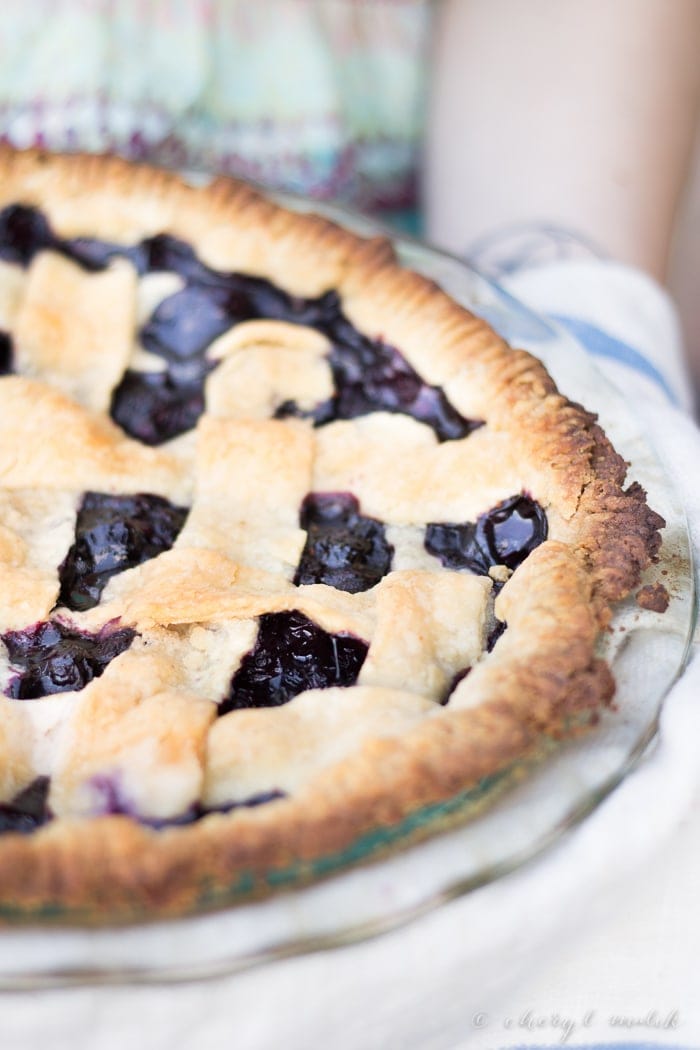 Growing up, we never ate blueberry pie for some reason, but when I ordered my first slice a few years ago, I had a flashback to Sal. 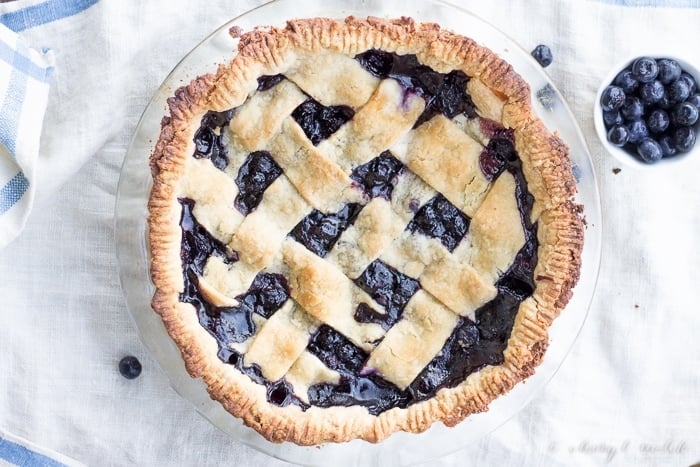 Being a grown-up and making these decisions for yourself is awesome, just like Sal’s country adventures. So when I saw the hoards of MasterChef hopefuls making blueberry pie on an episode a couple weeks back, I knew I had to make use of the in-season berries and make my very first blueberry pie.

And I’ve been eating it for lunch everyday for a week since. You think I’m joking! 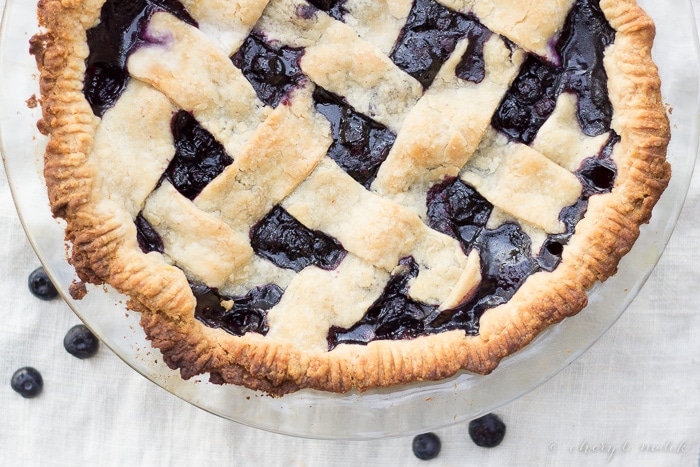 Maybe, but it’s damn good. The flaky crust perfectly supports but doesn’t overpower the blueberries, which are tossed in a mind-bogglingly simple mixture of arrowroot, sugar, cinnamon, and lemon zest. As the pie bakes, the blueberries bubble and burst and take on this insanely rich hue, so deep it almost emulates a sapphire molasses. I’d never really paired blueberries and cinnamon together before, either, but one bite, and I was sold. Absolutely, positively sold.

I decided to make a vegan crust here and brush the lattice crust with oil instead of egg, but you can absolutely go the butter route if that’s your bag. Vegan butter isn’t quite as easy to work with when it comes to pastries, as it melts much more quickly than its dairy counterpart, but it’s cruelty-free and has no lactose! Tastes damn delicious, too, so just make sure to freeze your butter and chill your dough more often, and you’ll be just fine. 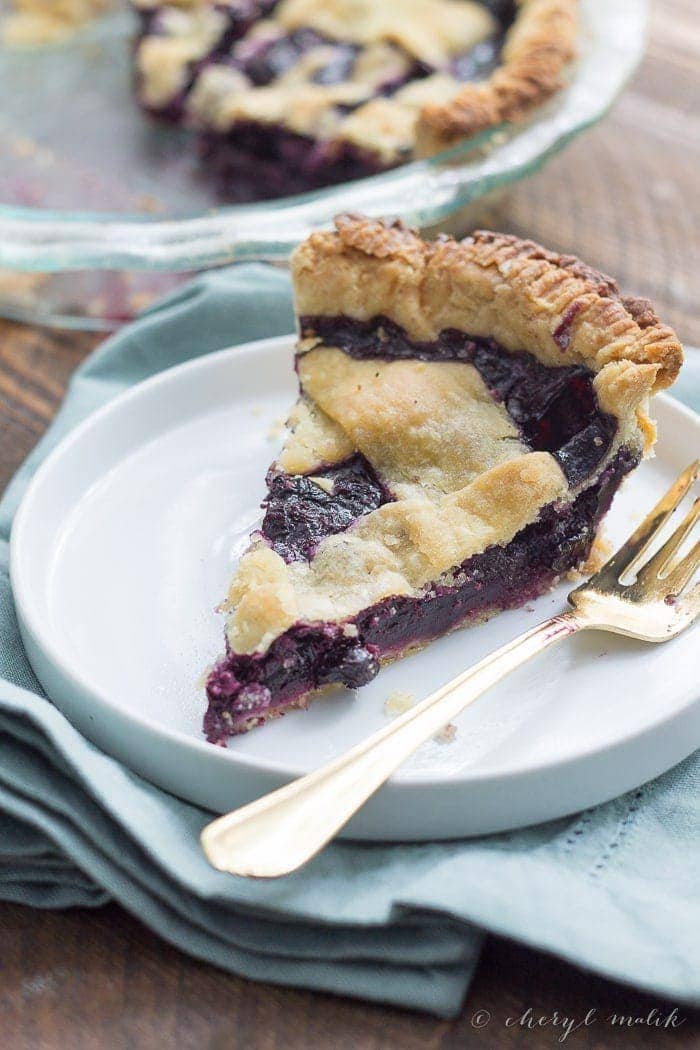 Other than the ol’ vegan butter switcheroo, the pie itself is already vegan! Neat, eh? Cheers to in-season blueberries, naturally bursting with vibrant flavor! Make this pie and bring it to the next thing you’re going to. A family dinner? A work meeting? Your dentist appointment?

For the filling: toss blueberries with other ingredients (besides oil) and pour into prepared pie crust. Roll out second pie crust half and lattice (here's a great video on the technique), then crimp edges. Brush top with neutral oil and cover crust edges with aluminum foil. Bake about 45 minutes, removing aluminum foil after about 25 minutes. Serve with vegan ice cream, like Tofutti!