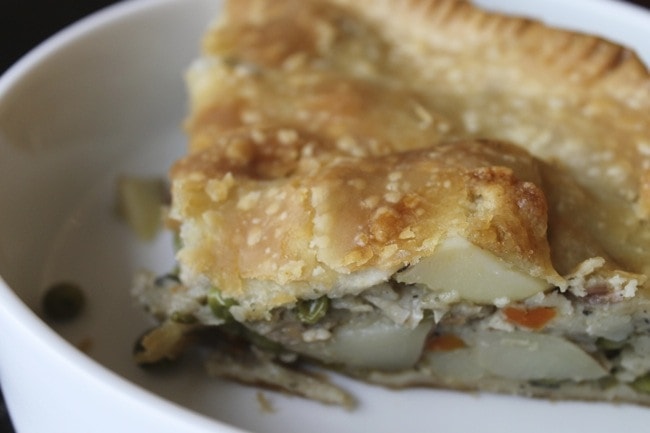 In America, we eat so few savory pies it’s a shame. If you read a British blog for even an instant, you’ll be blown away by all the pie-eating that goes on, unabashedly, at dinner. For you, British dinner pies, I present: the perfect pot pie. 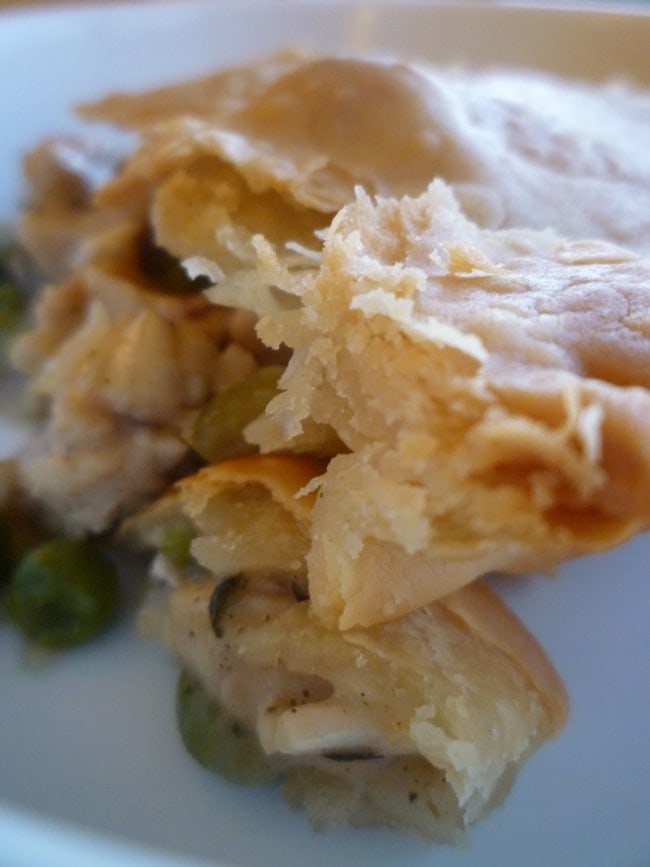 This is one of the dishes I’ve been making since I first learned how to cook, in the tiny kitchen of my first apartment–electric stove, no dishwasher, no disposal. Yet that kitchen birthed my pure obsession with food and culinary quests, so its grimy colleginess will always have a place in my heart. It’s there that I hosted my first dinner party; there that I made my first samosas–it’s not important that they were awful; there that I, let’s face it, made my first jello shots.

And it’s there that I made my first pot pie. The first was not so great–I used a cream-of soup, and it just didn’t work. However, the second was an instant winner. I found the recipe off a LiveJournal forum, I’m not kidding, yet it’s proven to be the best pot pie recipe I’ve made yet. I swear I even tried the Barefoot Contessa recipe, and, as much as it pains me to say this, it paled in comparison to my sweet LiveJournal find.

If I make this on a weekend, I’ll make the crust from scratch, but if I’m throwing it together on a weekday, screw it. I use Pillsbury crusts, and we’re no worse for wear. I often make this a few days after I’ve roasted a chicken and have leftovers; the perfectly roasted and herbed chicken makes this a cinch to prepare and utterly comforting to nosh. For this pot pie, I made a variation of Thomas Keller’s perfect roast chicken, but with far more garlic and covered with rubbed sage.

It was totally incredible. 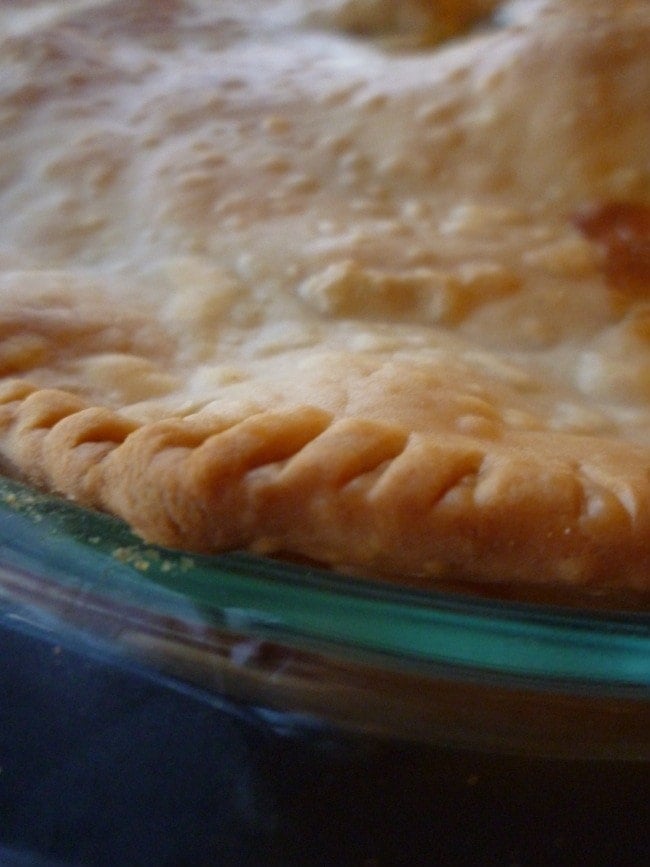 This particular recipe is customizable; add whatever veggies you like. If you’ve got turkey, use that. Meatless Monday? Avoid the meat altogether and just add more veggies to make up for the lost volume. Add whatever herbs you love; I recommend thyme, sage, or tarragon. Serve with a small green salad and melt into the ultimate comfort food. 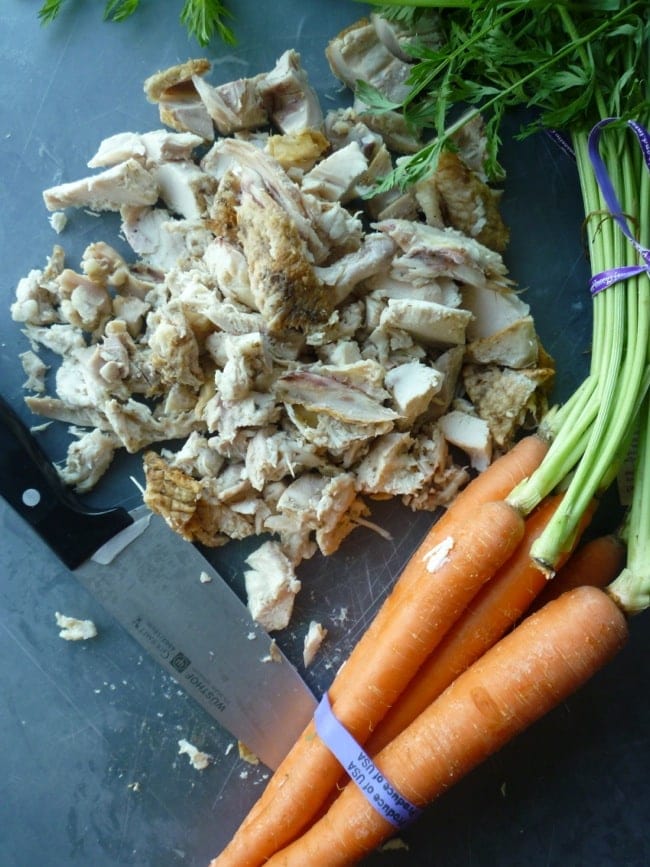 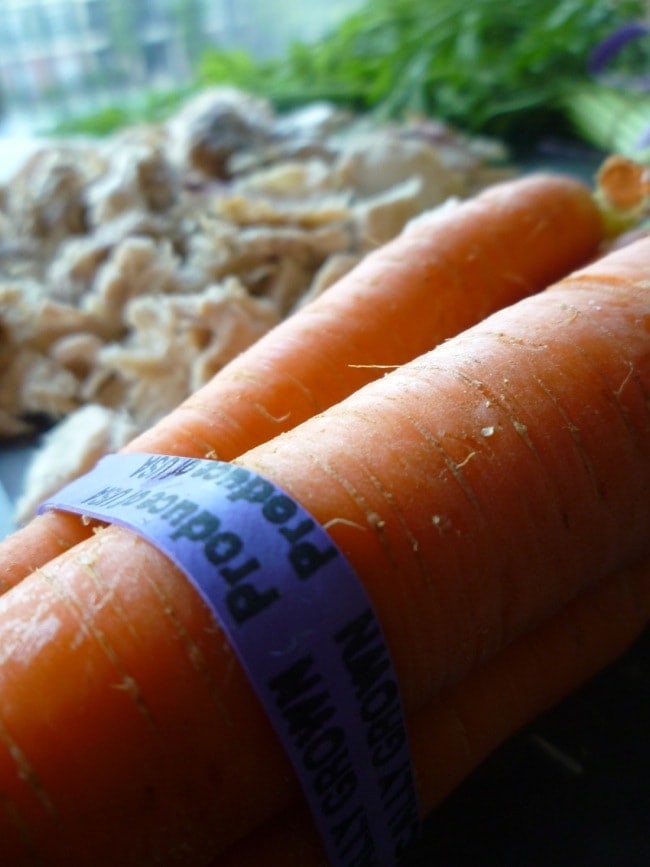 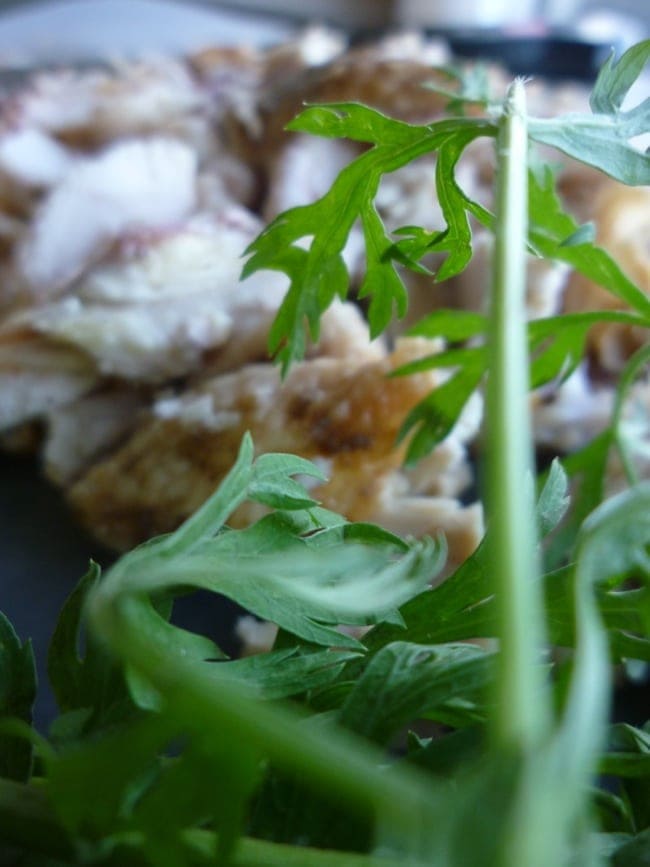 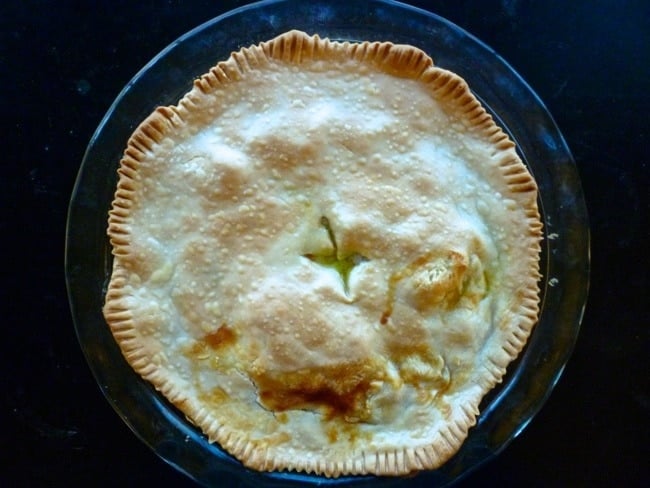 This makes an entire pie, so if it’s just you and yours, save the rest! It’s plenty delicious a couple days later, though the filling won’t ooze as uncontrollably. Heat in a 200 degree oven for about 45 minutes or until sufficiently warm. 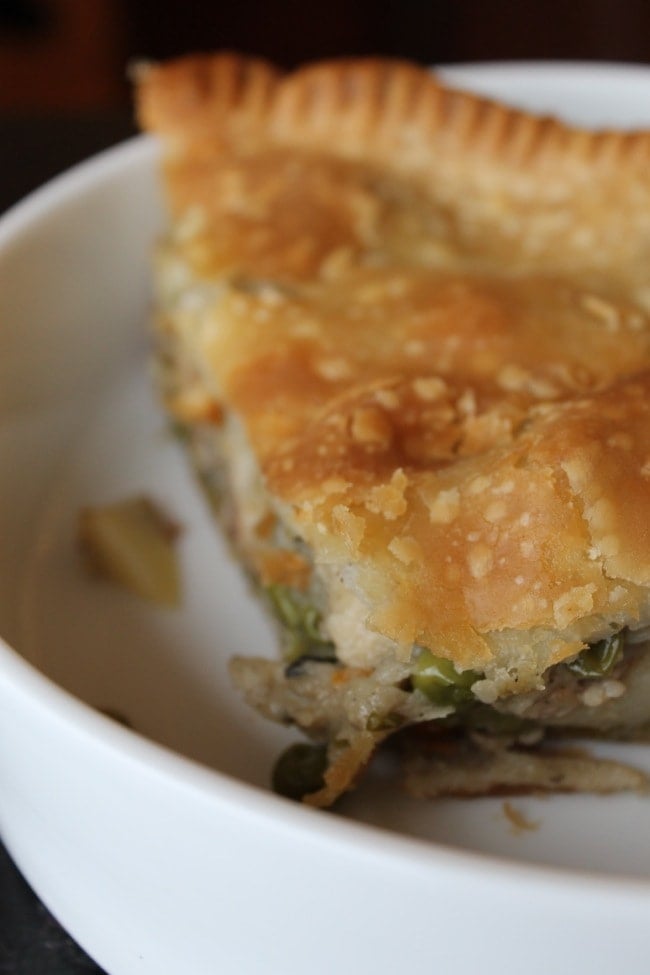 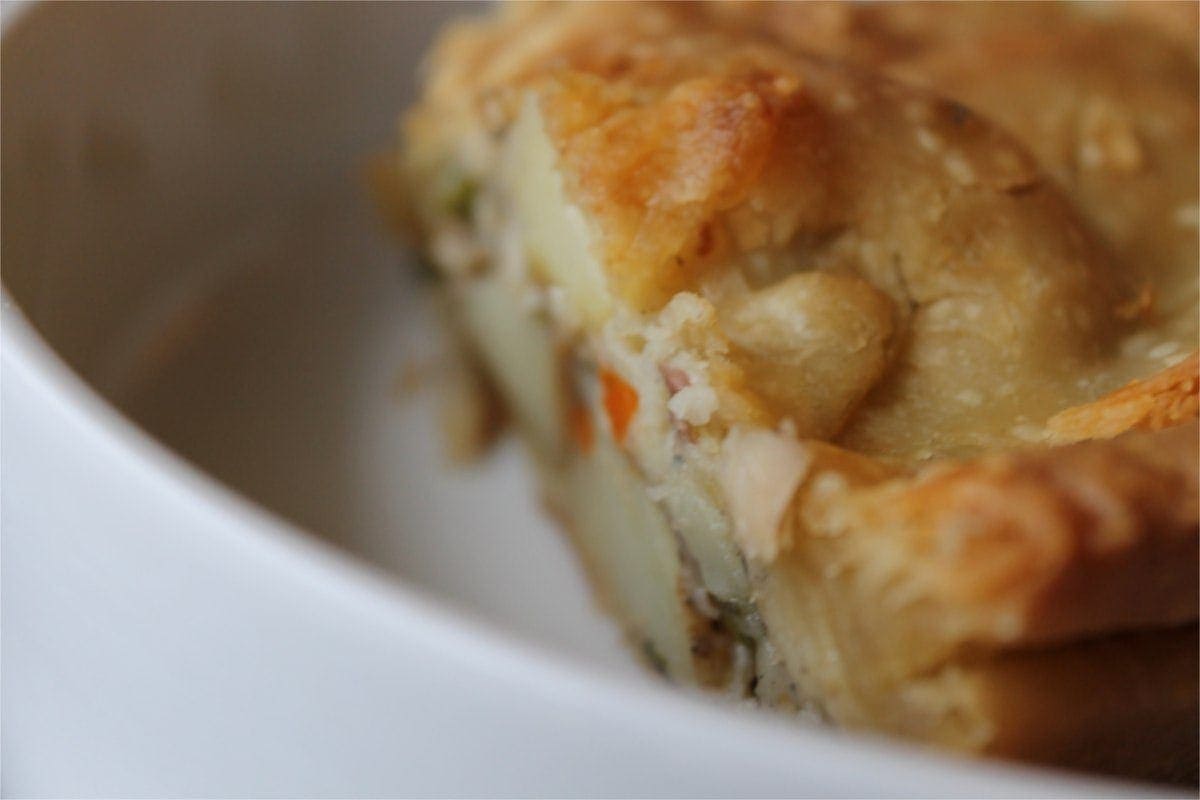 Leftovers – the filling is so much more well-behaved, yes?

Adapted over many years from this recipe

In a large saucepan place the broth, celery, potatoes, carrots. Bring to a boil, reduce heat to a simmer, and simmer for 10 minutes.

Add chicken, simmer 10 more minutes. Take out pie crusts from the fridge and roll out one to fit in the bottom of your pie pan.

Melt butter in a small saucepan. Stir in the flour and cook until it’s a delicious, golden roux. Allow it to boil for a few seconds, then add the milk, nutmeg, salt and pepper. Simmer for a few minutes, stirring constantly till mixture is thick enough to coat a spoon. Pour into other saucepan and stir well.

Pour mixture into the prepared pie pan. Unroll the top crust and place over the mixture. Fold the top crust behind the top of the bottom crust and press gently. Then press edges down with the tines of a fork to seal. Cut vents or shapes near the center of the pie with a knife or use a fork to make holes.

Place on middle rack of oven. Bake for 35 to 45 minutes till crust is golden and filling is bubbling.

*Make the stock when you roast your chicken–Throw the carcass in a big pot. Quarter an onion [leave the skins on] and slice a head of garlic crosswise and throw those in, too. Cover with water and throw in a carrot and stalk of celery (washed but with tops) if you’ve got them. Half a lemon and throw that sucker in, if you’ve got it. Add a tablespoon of peppercorns and a tablespoon of salt to start. Turn heat to high and once it boils, turn to a low simmer for a couple hours. Strain and keep in the fridge for a week, or freeze in gallon freezer bags)