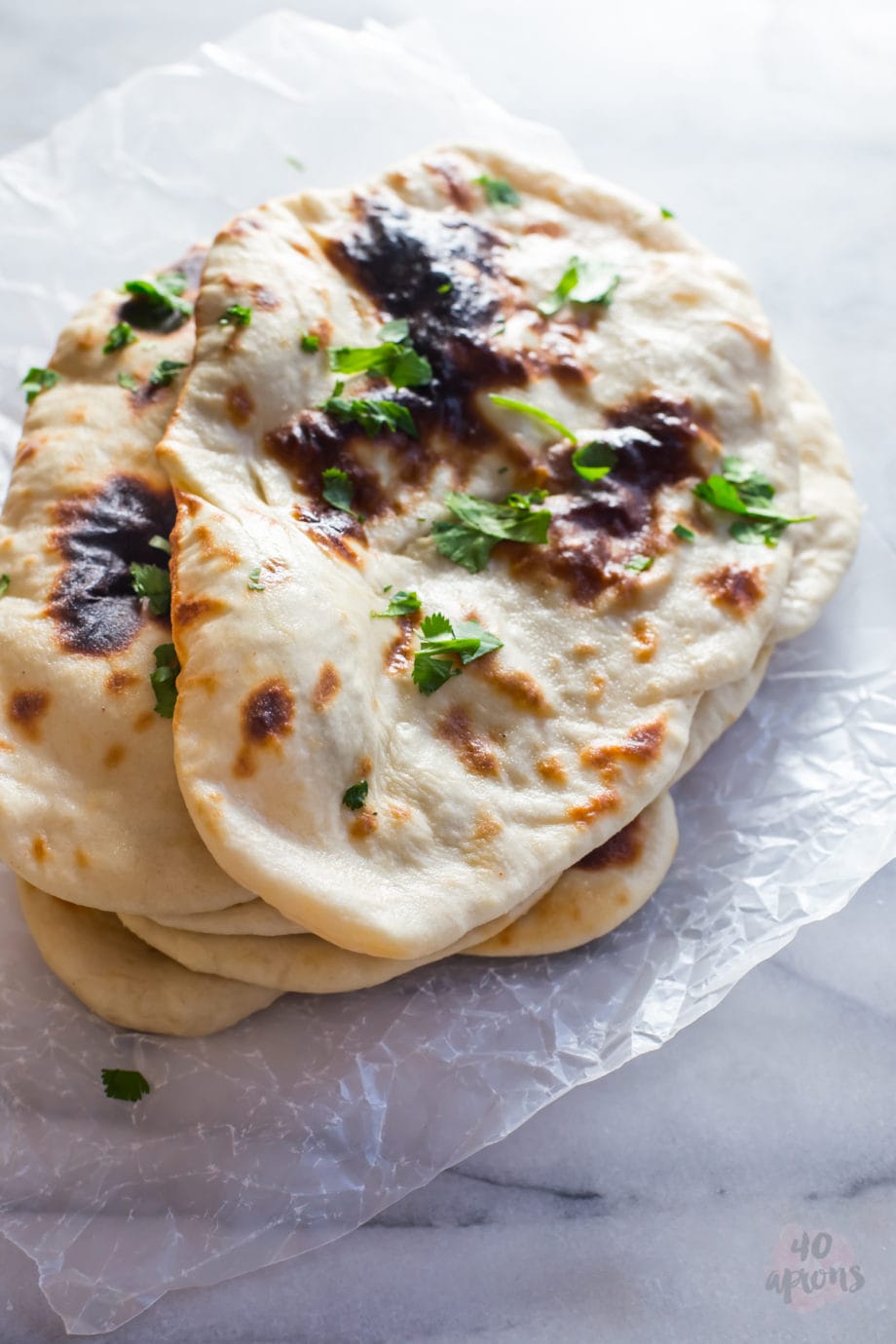 How could I leave a rich, saucy butter chicken recipe here last week without naan to scoop up a perfectly balanced bite of rice to chicken to sauce? To tear off into pieces and nosh on while the butter chicken simmers? To sop up what’s destined to be very little left in your bowl of this warmly spiced, creamy dish? 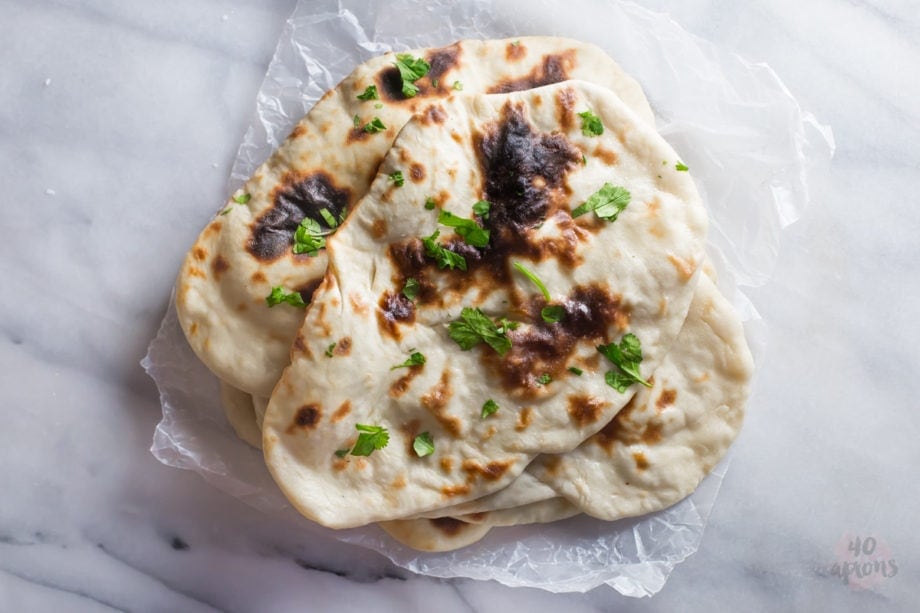 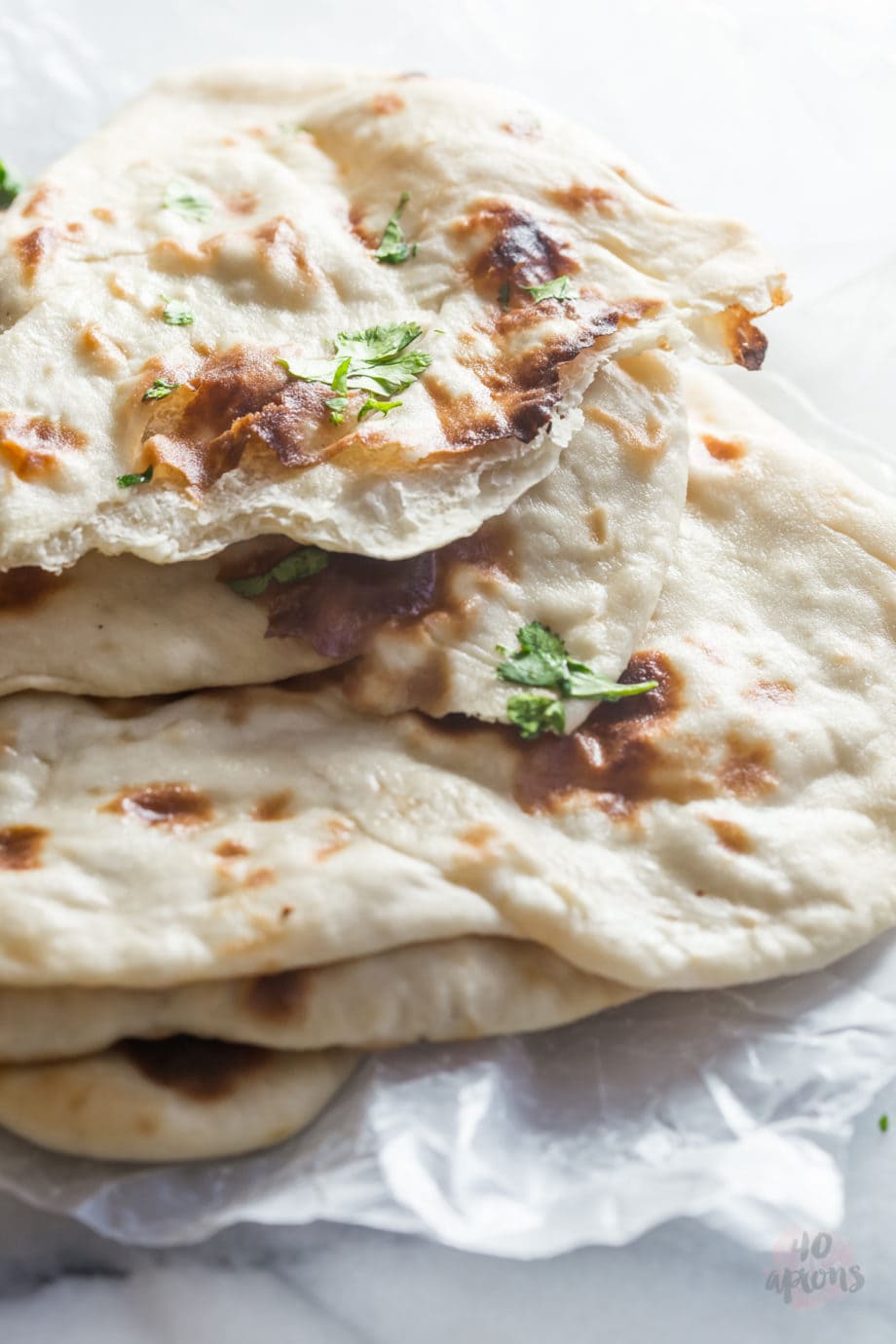 OK, but seriously, we’re in what’s called the 4-month sleep regression, which is basically when your sweet, sleeping-through-the-night baby starts waking up like 4 times a night and you want to kill someone–preferably whoever told you it gets “better” at 3 months. And we’re also in what’s called a Wonder Weeks leap, which is essentially a cognitive growth spurt. They’re fascinating! You can see the little ones learning so many new things during these times, which are weirdly precise and accurate, but they also happen to practice these new skills like.. in the middle of the night. Not even joking. And they get pretty upset easily because, whoa, the world as they knew it just changed, and wouldn’t that be scary to you, too? Oh, and so I’ve been carrying him a ton, because he tends to like that for at least, you know, four or five minutes, and that’s caused some plugged ducts in my little erm, milk area, and those have caused fevers and chills and basically me freaking out that I have mastitis which, of course, is.. boob flu. Oh, and pretty sure Leo is teething. So.. give mean mommy a break you guys. Also, please send wine. 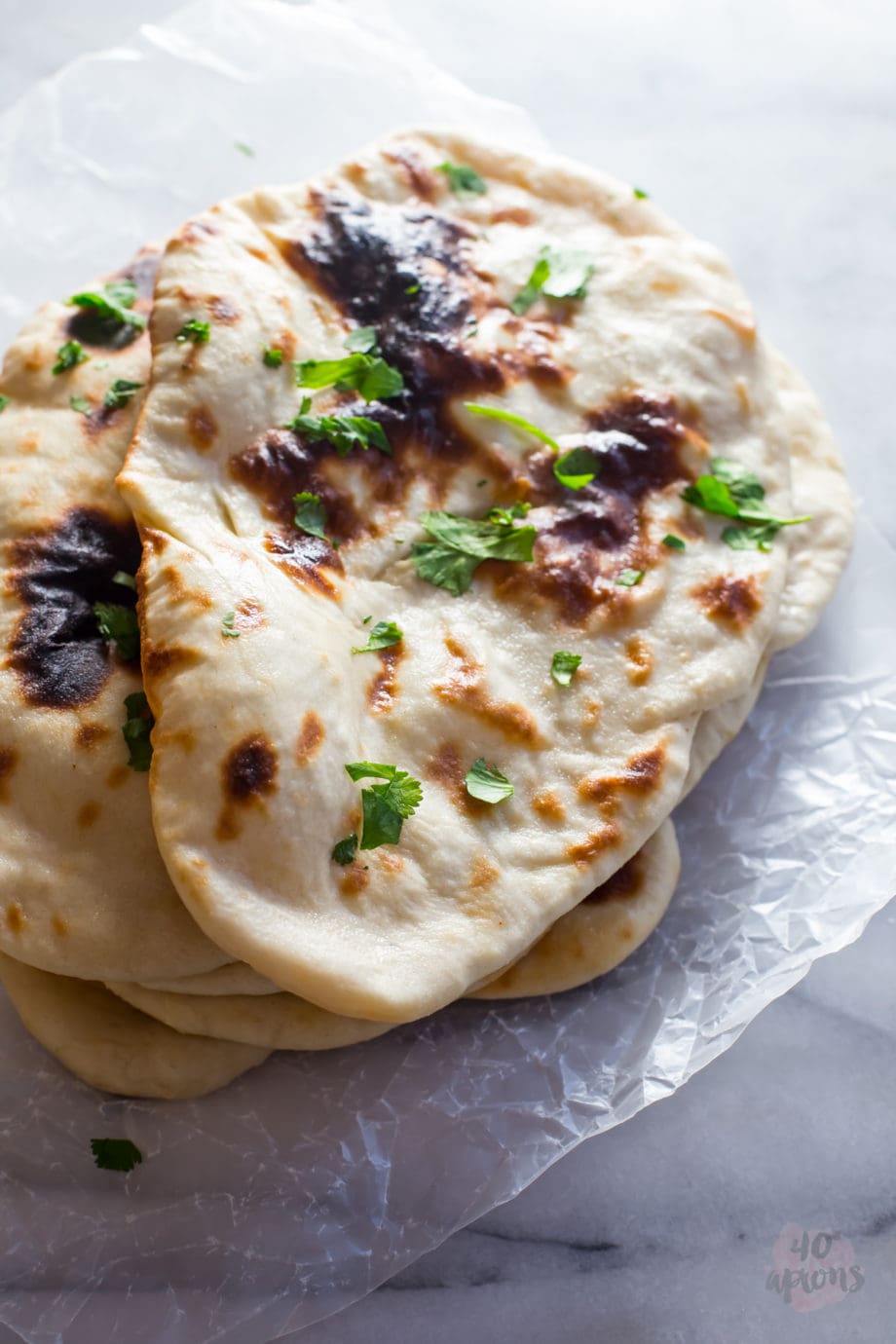 Uh.. where were w–right! I know; it was unfair to leave you naan-less with a dish that so demands the tender loaves. I’ve made and shared naan recipes before–specifically this whole wheat naan–but for my father-in-law’s birthday I decided to go with a traditional all-purpose flour recipe that leavens the flatbread properly: no yeast, just yogurt. That makes it super simple and straightforward! I won’t lie and say it’s no work at all, because you do have to section out the dough and roll it and give it the stove-and-oven treatment, but it’s not a complicated task. And it’s really, really worth it. 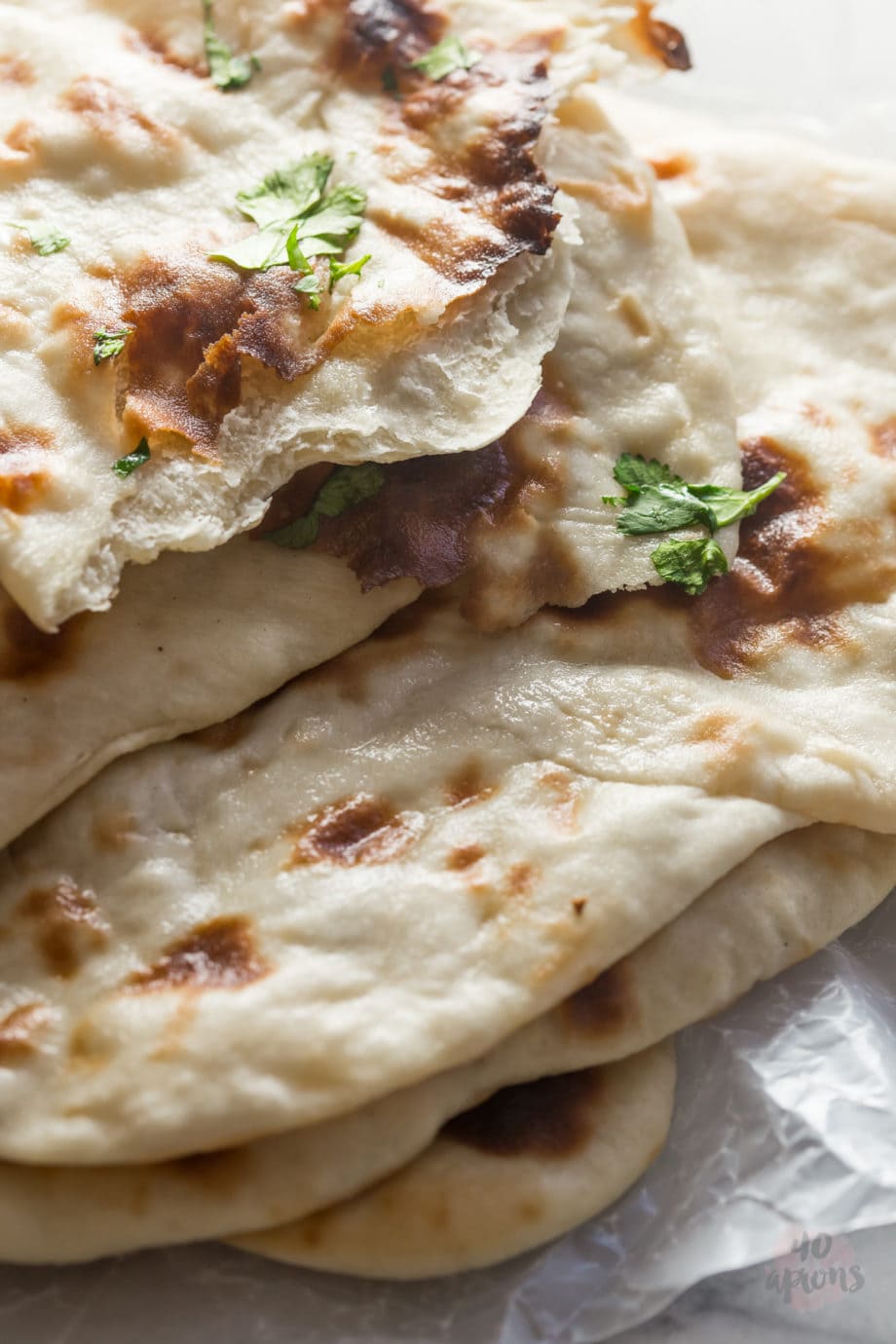 You’ll love this recipe because it’s almost as good as the Indian joint–almost–which is saying a lot considering you probably don’t have a tandoor in your backyard. It’s tender and chewy but with that lovely crisp edge you get from the high heat. It also doubles as utensils, for the truly committed among us. And at our dinner table, especially when the ol’ father-in-law is around, if you’re not eating your food with your naan, you’re just not doing it right. 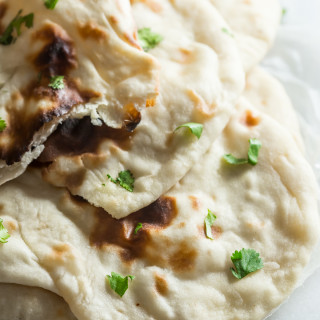