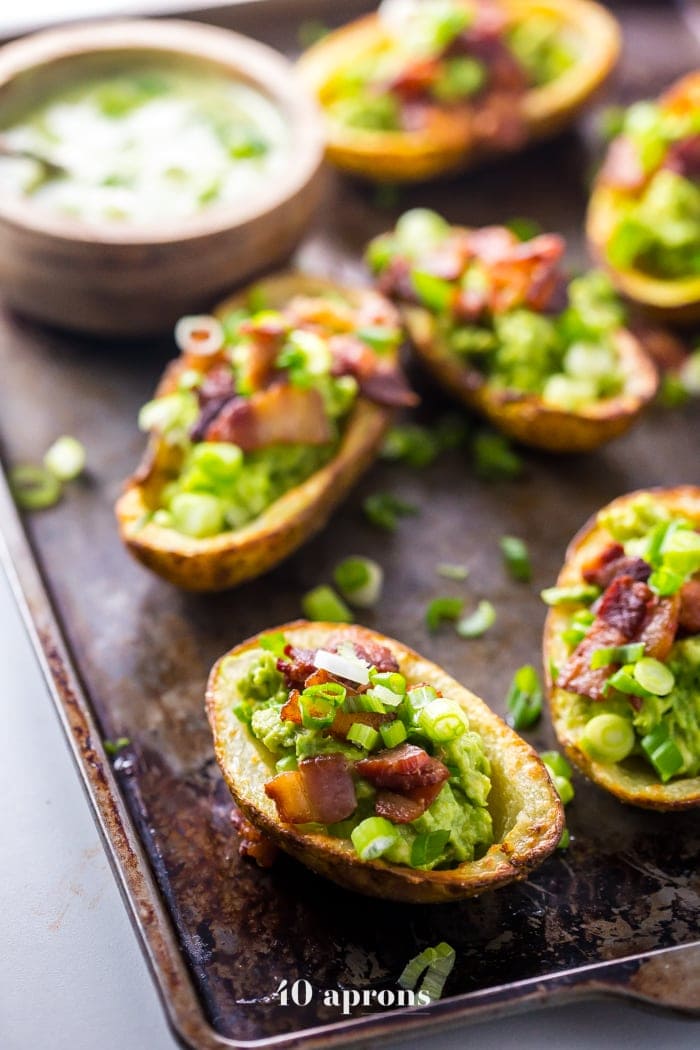 For us, fall’s announcement is not subtle. It parades in with feather-topped hats and foghorns and twirling batons, it barrels past us with eye black visible behind its helmet, clutching the pigskin with an arm out to clear the way.

It marches into formation on the field, spelling 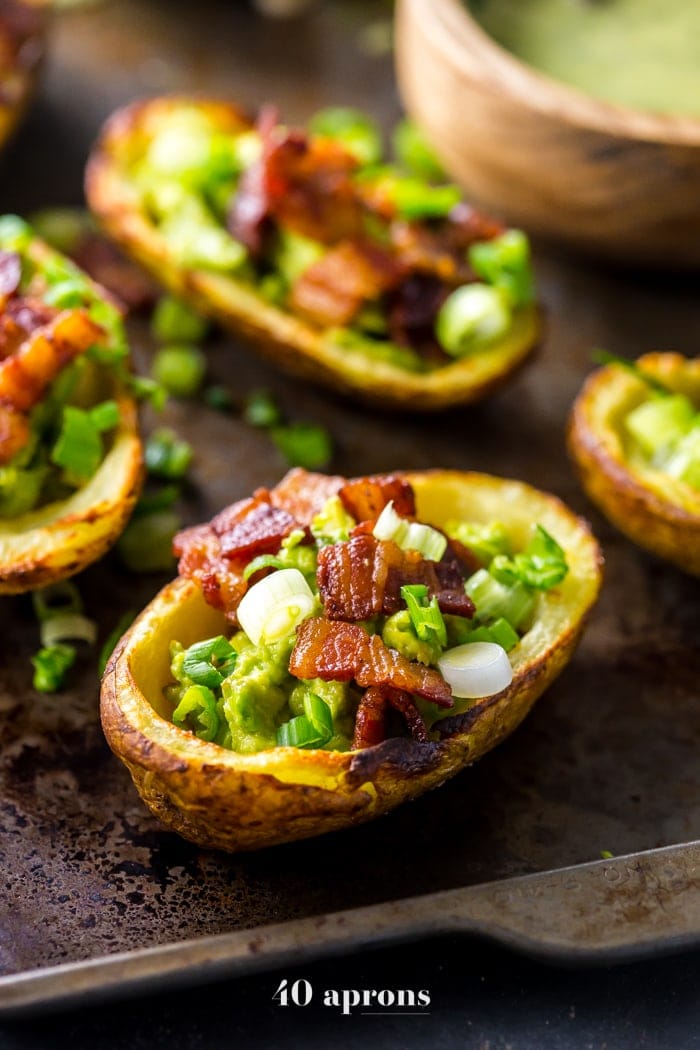 No, this is a love story. A love story to football and tailgating and the promise that comes tucked under the arm of the running back each time a season starts. We spend months of long days, lying in the sunshine, fanning ourselves on humid porches, shaking up margaritas and finding any excuse to get together. But when football season kicks off?

A hundred vignettes flutter through my mind in a flash, promising cozy nights with spiked apple cider and the three of us in our family costumes walking hand-in-hand on the sidewalk at dusk on Halloween night and finally getting to try that sweet potato bar at Thanksgiving in our new home and starting a fresh tradition on Christmas Eve to celebrate the new generation of kids in our lives. 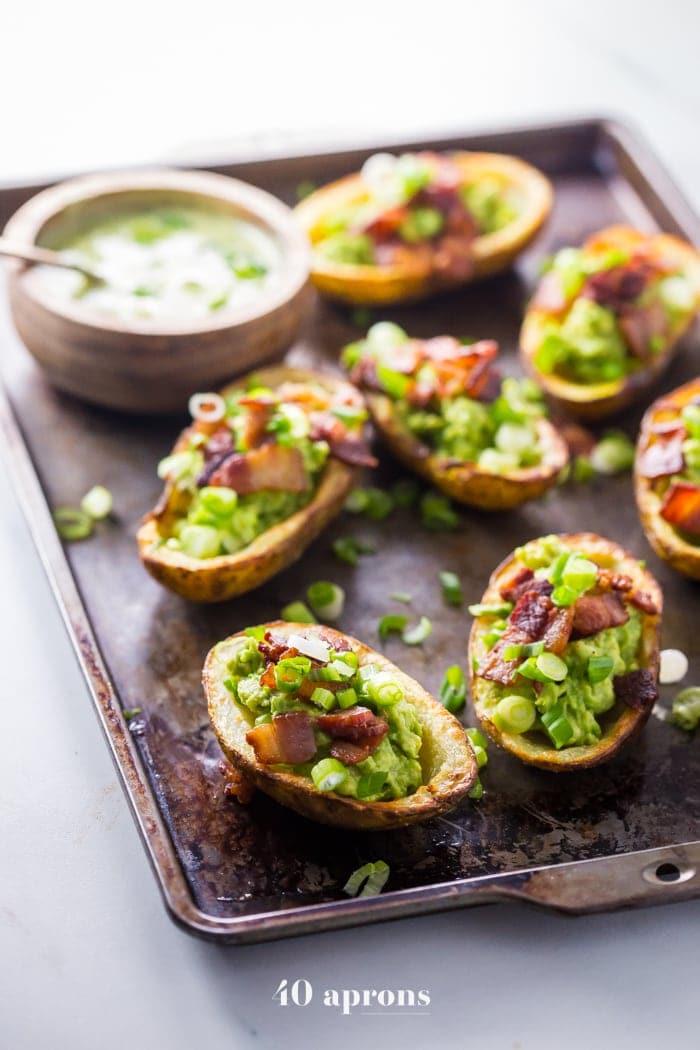 So don’t fault me for counting down the days until Saturday morning Game Days and nights holding my breath during that crucial field goal (Just kidding: I went to Alabama; our football is boring) with the windows open and a pot of chili on the stove. It’s time to crack open a hoppy brew and settle in: it’s tailgate season.

Years back I made these vegan potato skins, and they were wildly popular. They’re still pinned regularly and mentioned in vegan roundups all the time, and when I was updating their post a little while back, I realized that, since I’m obviously no longer vegan, that bacon would be amazing in some paleo potato skins. So… I had to. I just had to. 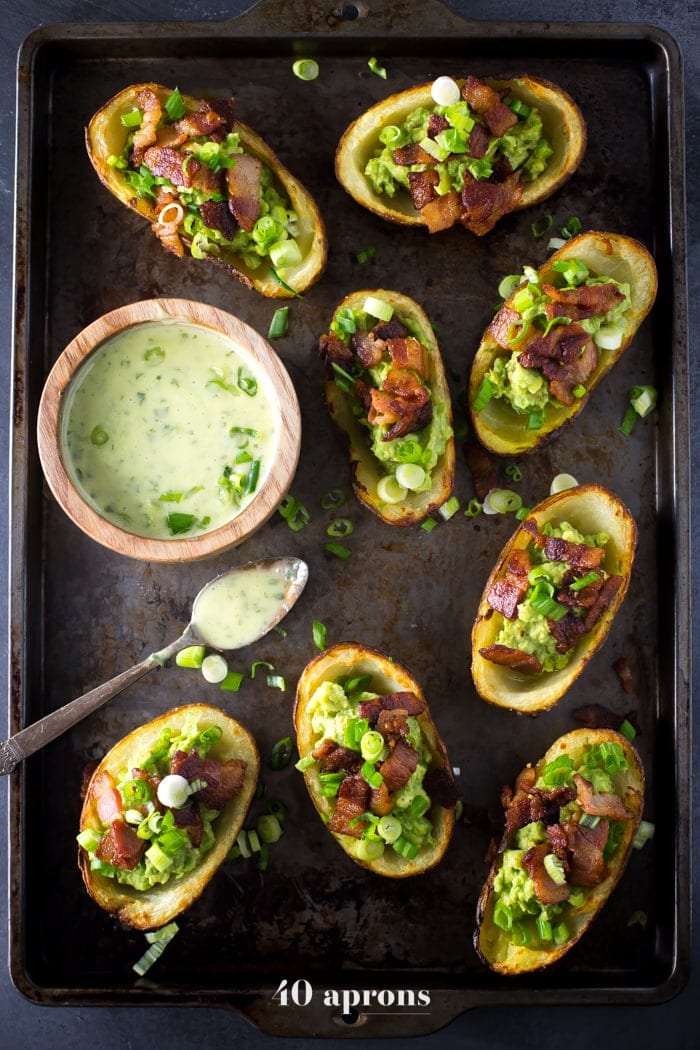 The rest is the same: the potato skins are easy and super crispy, painted with ghee and broiled, then filled with a quick avocado mash, topped with plenty of bacon, crunchy green onions, and rich, garlicky ranch dressing. We ate them for dinner in honor of the inaugural Sunday Night Football alongside a recipe I’m working on for my paleo Instant Pot cookbook: a batch of the best ever buffalo wings I’ve made. Y’all. Y’all, y’all, y’all. 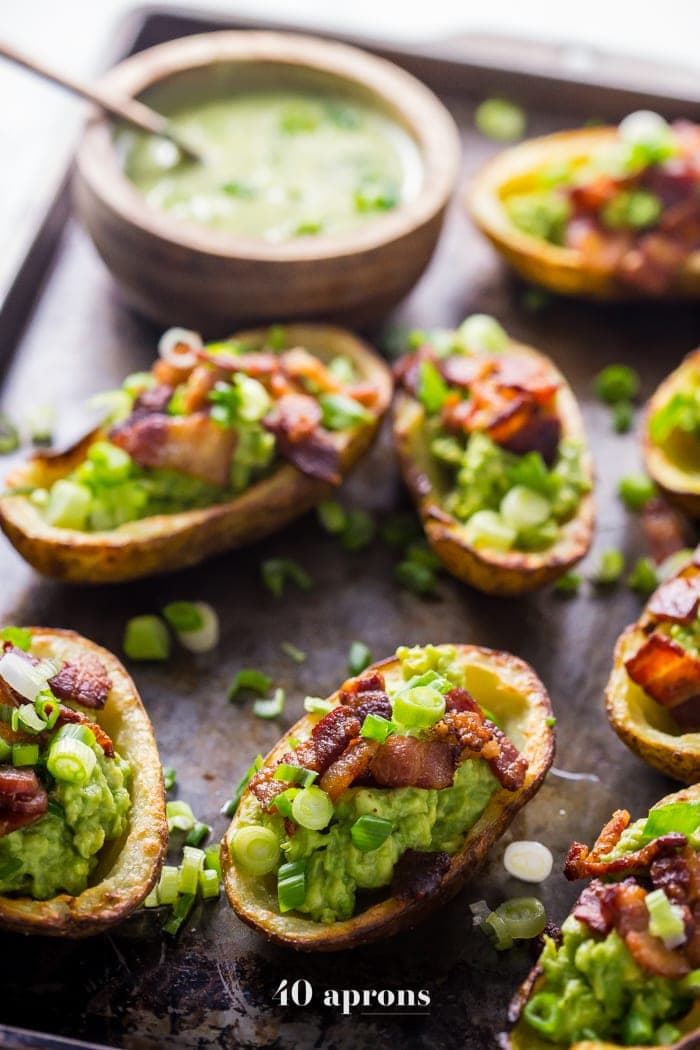