This healthy jambalaya recipe is a Whole30 and low carb version of an authentic Cajun dish. With sausage and shrimp, this paleo Creole recipe is even keto friendly, thanks to cauliflower rice! Surprisingly easy, too, and it comes together in a little less than an hour. 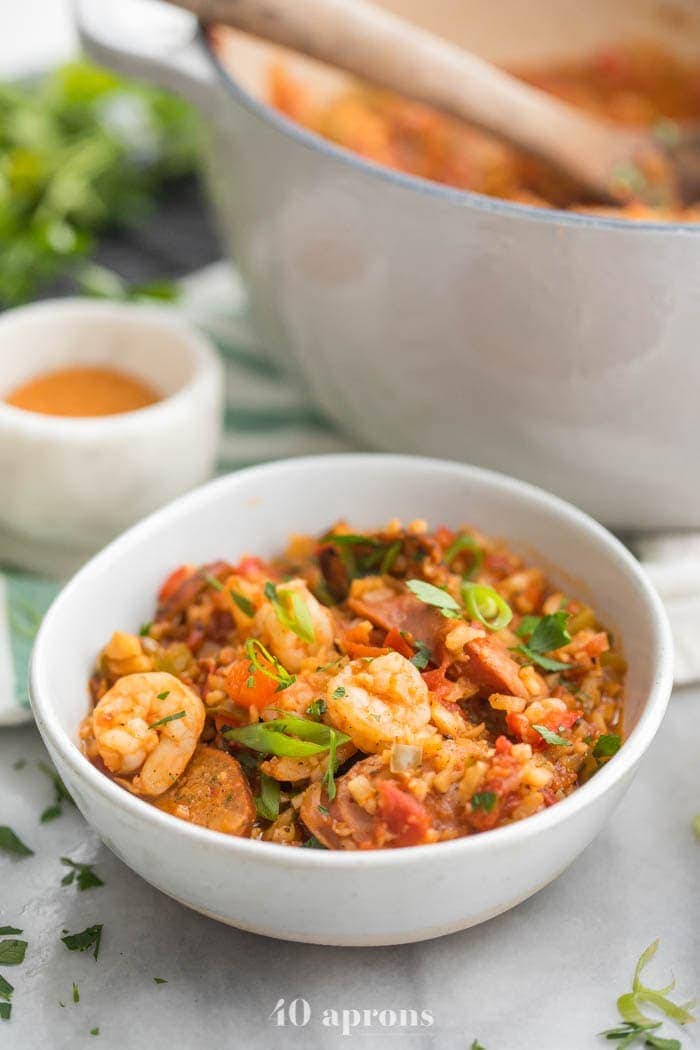 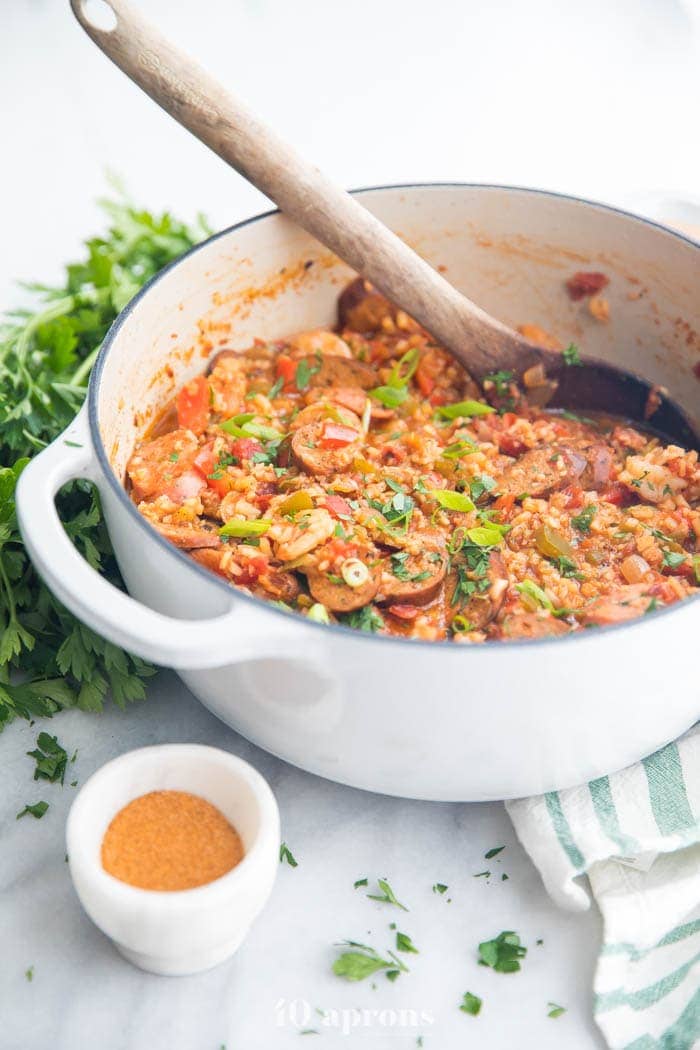 Have you ever been to New Orleans?

It’s the architecture and the humidity (OK, so maybe not the humidity) and the music and the food, oh-oh-oh the food! Because truly, is there anything better than seriously authentic Cajun food around every corner? Well, only perhaps the fact that you can chase it all down with plenty of local beer and a couple of powdery beignets.

Or maybe that you can make it all home except way healthier, Whole30 compliant, and low carb (even keto!). The secret? An authentic jambalaya recipe with a quick substitution of cauliflower rice for white rice. 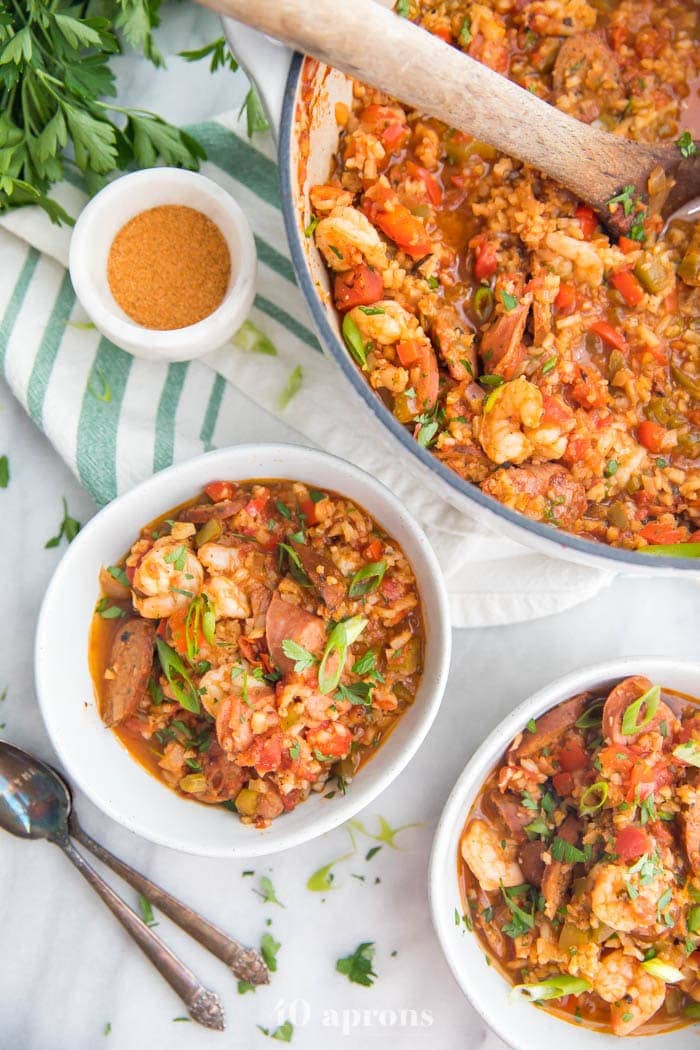 Why this healthy jambalaya recipe is so good: 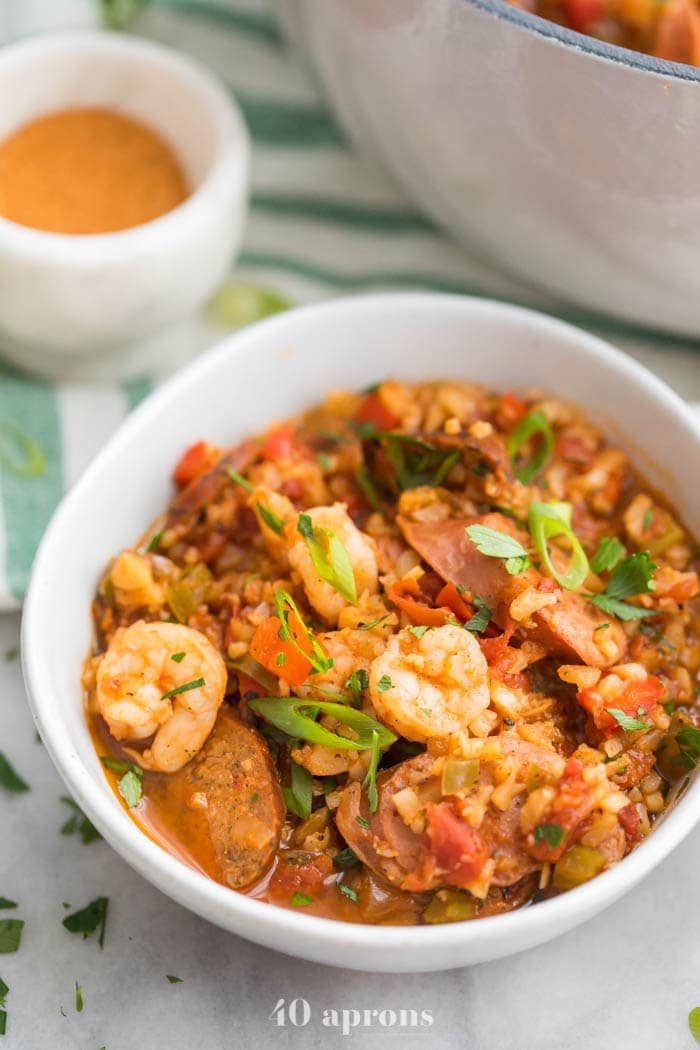 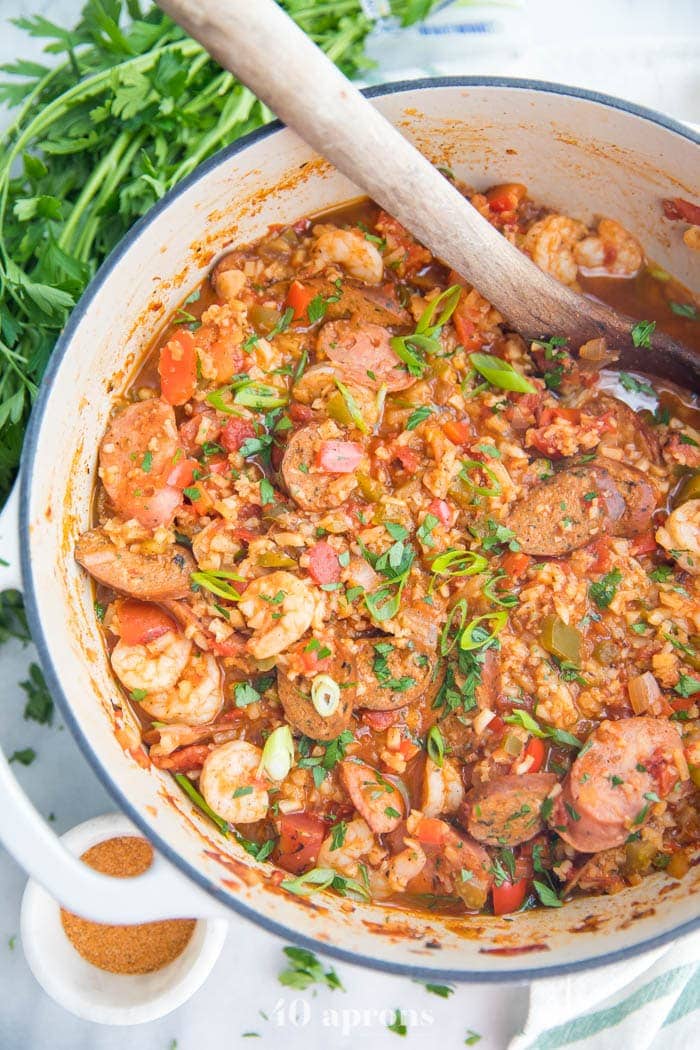 How to make this Whole30 healthy jambalaya recipe:

Heat a bit of oil in a large heavy-bottomed pot, preferably a Dutch oven, and brown your sausage slices. Transfer to a plate. 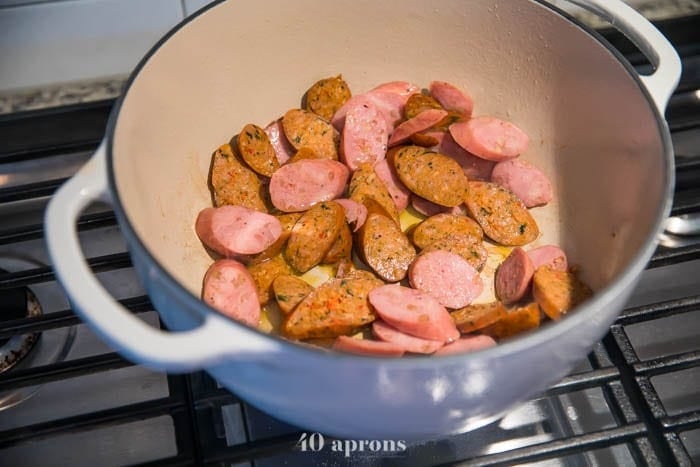 Add a bit more oil and sauté your Cajun “holy trinity” (onions, bell peppers, and celery), along with the garlic, until softened. Add in your seasonings, from Cajun seasoning to cayenne pepper, and stir. Pour in tomatoes and chicken broth, then bring mixture to a boil. 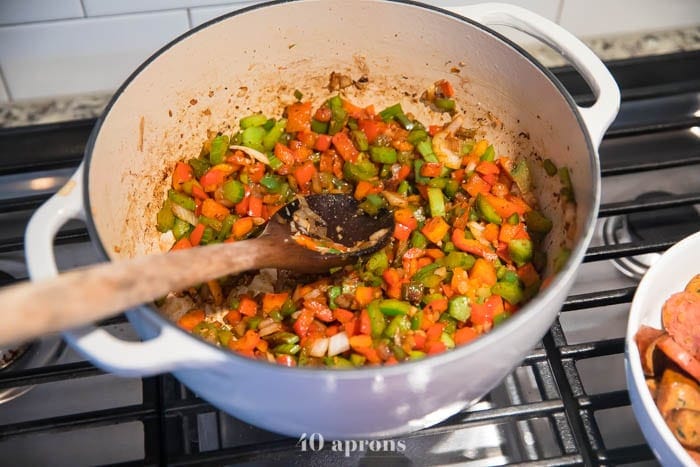 Reduce heat and simmer about 30 minutes, or until liquid is mostly reduced.

Stir in cauliflower rice, preferably from frozen, and shrimp and cook, stirring regularly until cauliflower rice is heated through and shrimp is pink and no longer translucent. Serve with sliced green onions, chopped parsley, and Louisiana hot sauce. 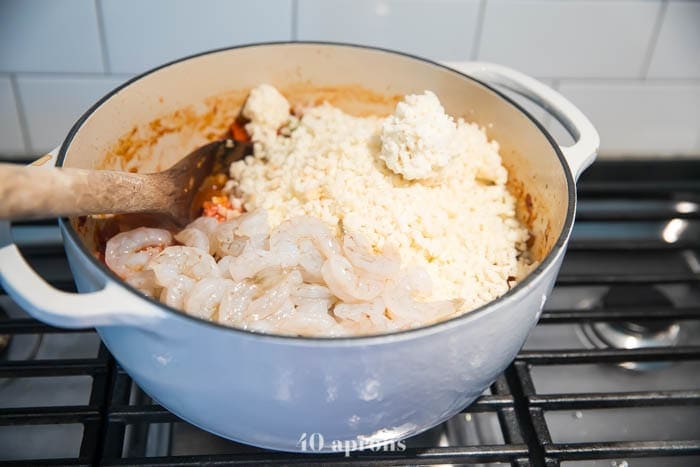 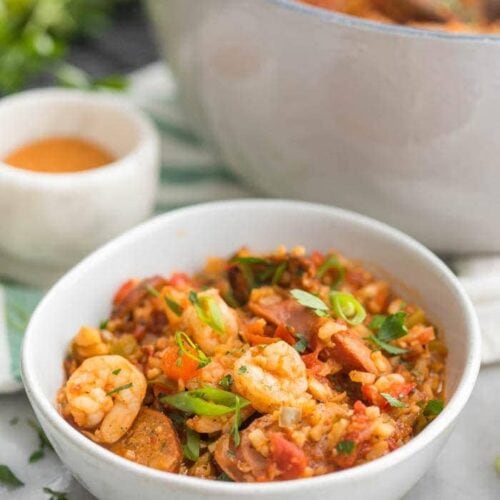