This post is generously sponsored by Sprouts, but all opinions are my own. 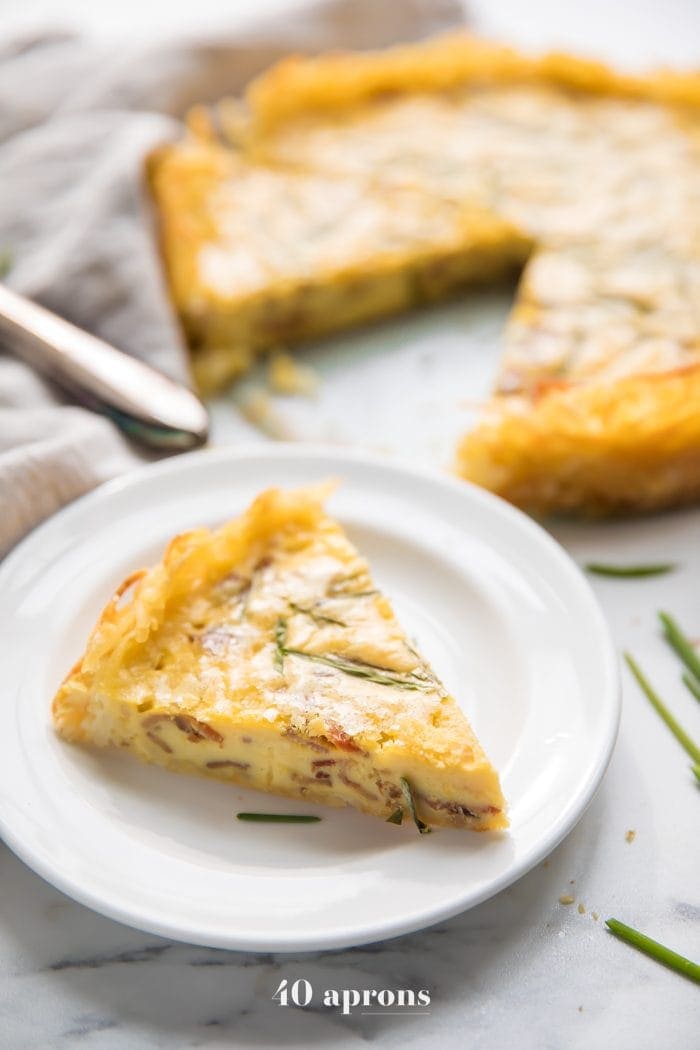 Surprise! I just got back from Paris, and I have a quiche recipe for you. Le shoc!

Really, though, quiche lorraine is one of my primary memories when it comes to Paris, and specifically from when I lived there in college. You see, French grocery stories are absolute mini marvels. Shelves and shelves stocked with bags of mass-produced madeleines, cans of cassoulet, little spouted bags of béarnaise sauce, and freezers full of chocolate tarts, escargots in garlicky butter, and a dozen varieties of quiche.

So I’d pick up a quiche when I was planning on an easy dinner and some homework back at my little dorm, toast it in the oven, and eat half. 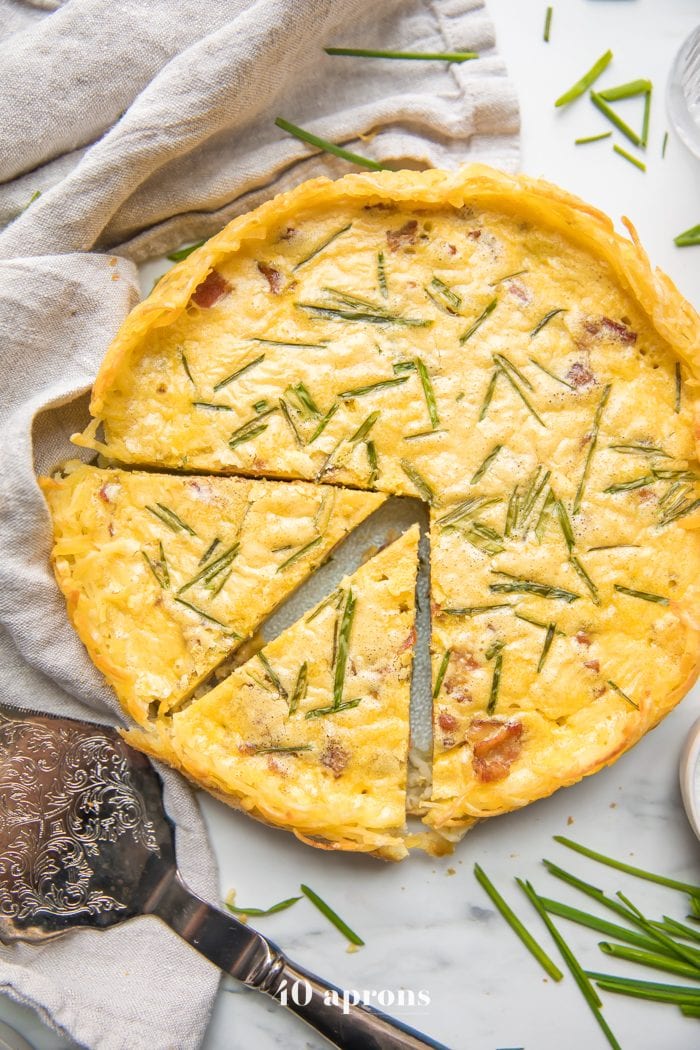 Yep – this is what confirmed for me how deeply embedded my American eating habits were. I’d buy an entire quiche, meant as a dinner for a full family, and eat half of it by myself. I was used to massive portions, and when something was that good, even if it was a previously frozen quiche bought at Monoprix for €3,50, I couldn’t contain my American ways.

Not to say that now I’ve figured it all out – nope, still a struggle. But what I do prioritize now are the best, most nutrient-dense ingredients I can find, making it a little less mortifying to overeat your Whole30 quiche lorraine. Coincidentally? You’re also way less likely to overeat super nutrient-dense whole foods. Convenient, right?! 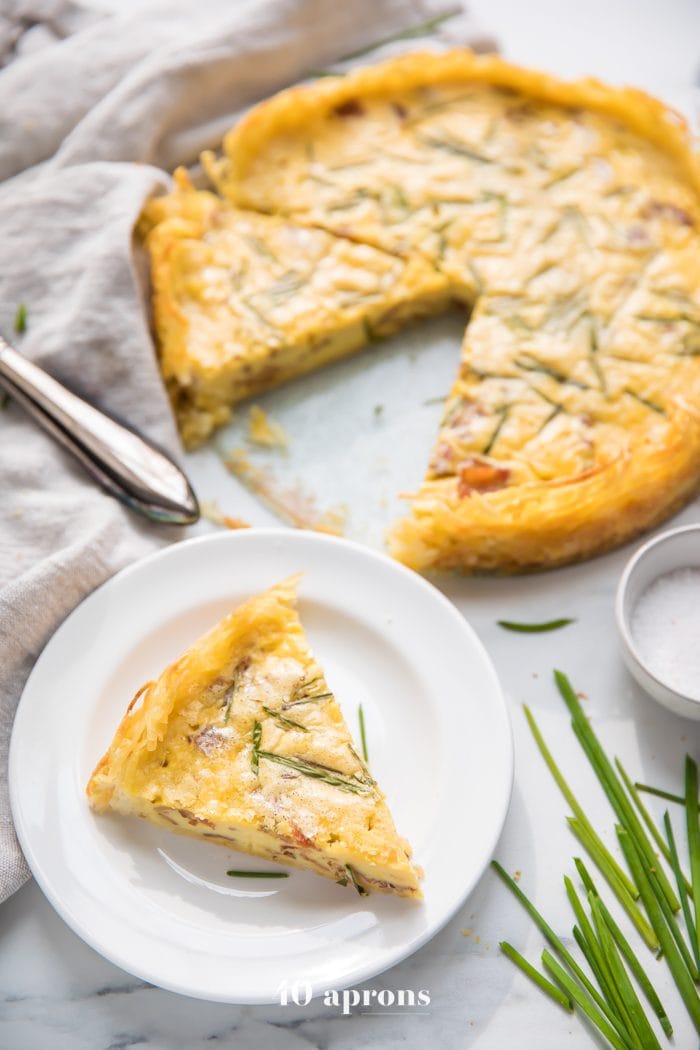 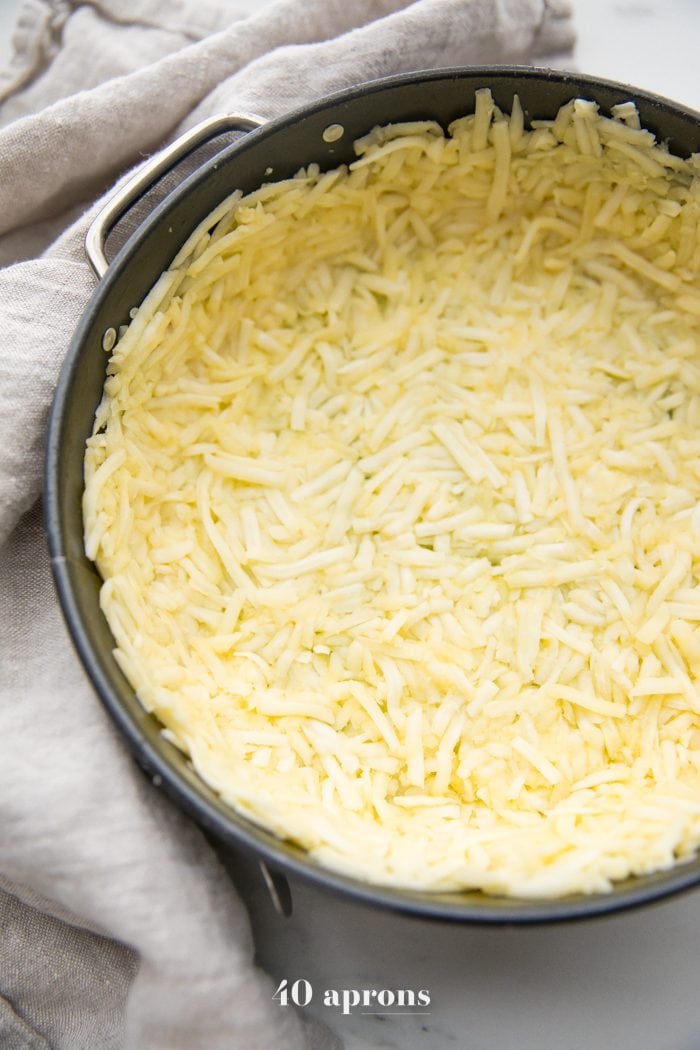 So let’s talk about this Whole30 quiche lorraine with hash brown crust. I lined a springform pan with a mixture of frozen but thawed hash browns and ghee plus a pinch of salt, then baked it to crisp up just a bit. On top of that goes plenty of sugar-free bacon and a thick custard of organic eggs, fortified with a rich cashew cream.

It’s a perfect Whole30 breakfast or Whole30 brunch, just in time for Mother’s Day! We actually ate it for dinner at my house, and in true fashion, my husband went back for seconds and thirds. ?‍♀️ 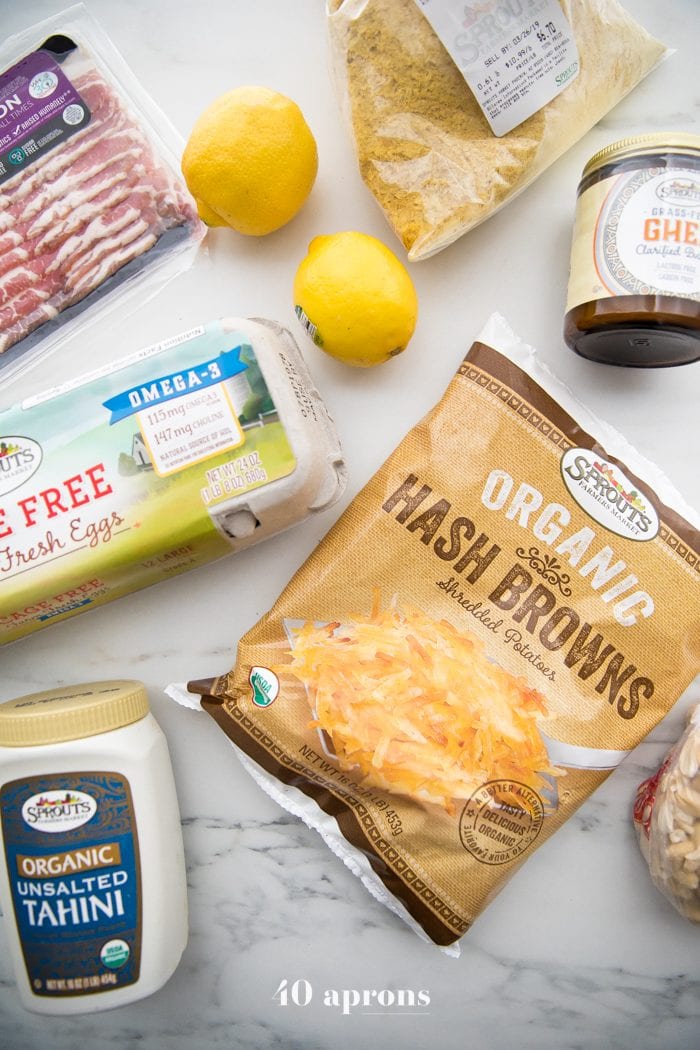 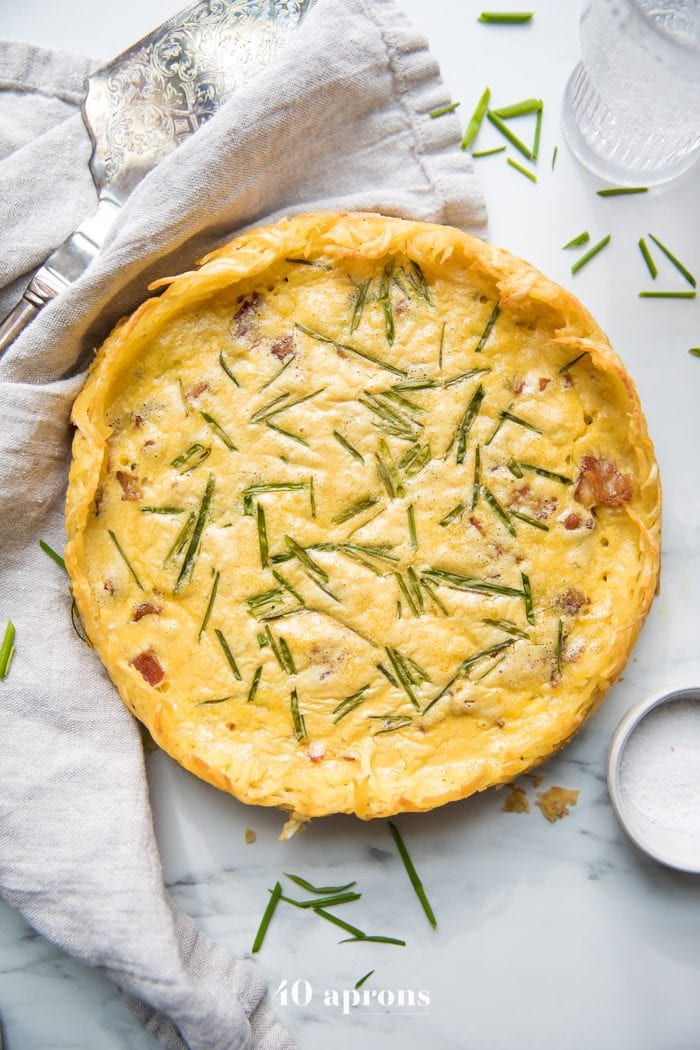 What you’ll love about this Whole30 quiche lorraine is that it’s so versatile, and the hash brown crust is just perfect! It’s a bit of crunch and crispness without replicating an actual “crust” – it’s more like a layer that just really works. Kind of like sweet potato “buns” or toast, you’d never confuse this hash brown crust for a pâte brisée, but it’s a great sub if you’re trying to eat more nutrient dense foods or are on a Whole30. 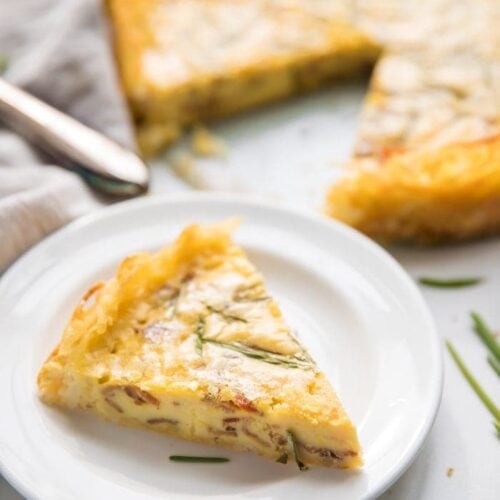 Transfer to a wire cooling rack and cool for 30 minutes before slicing.