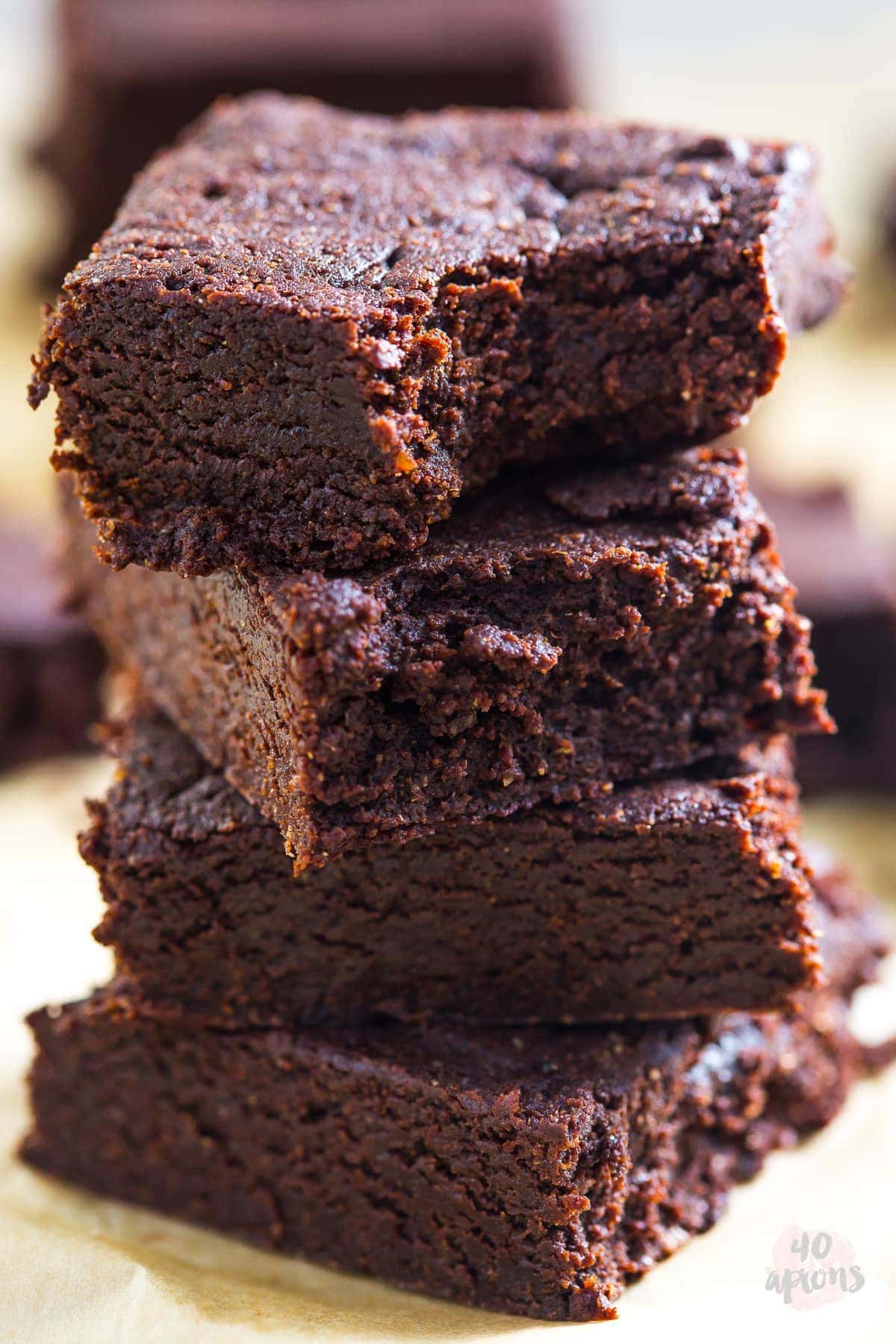 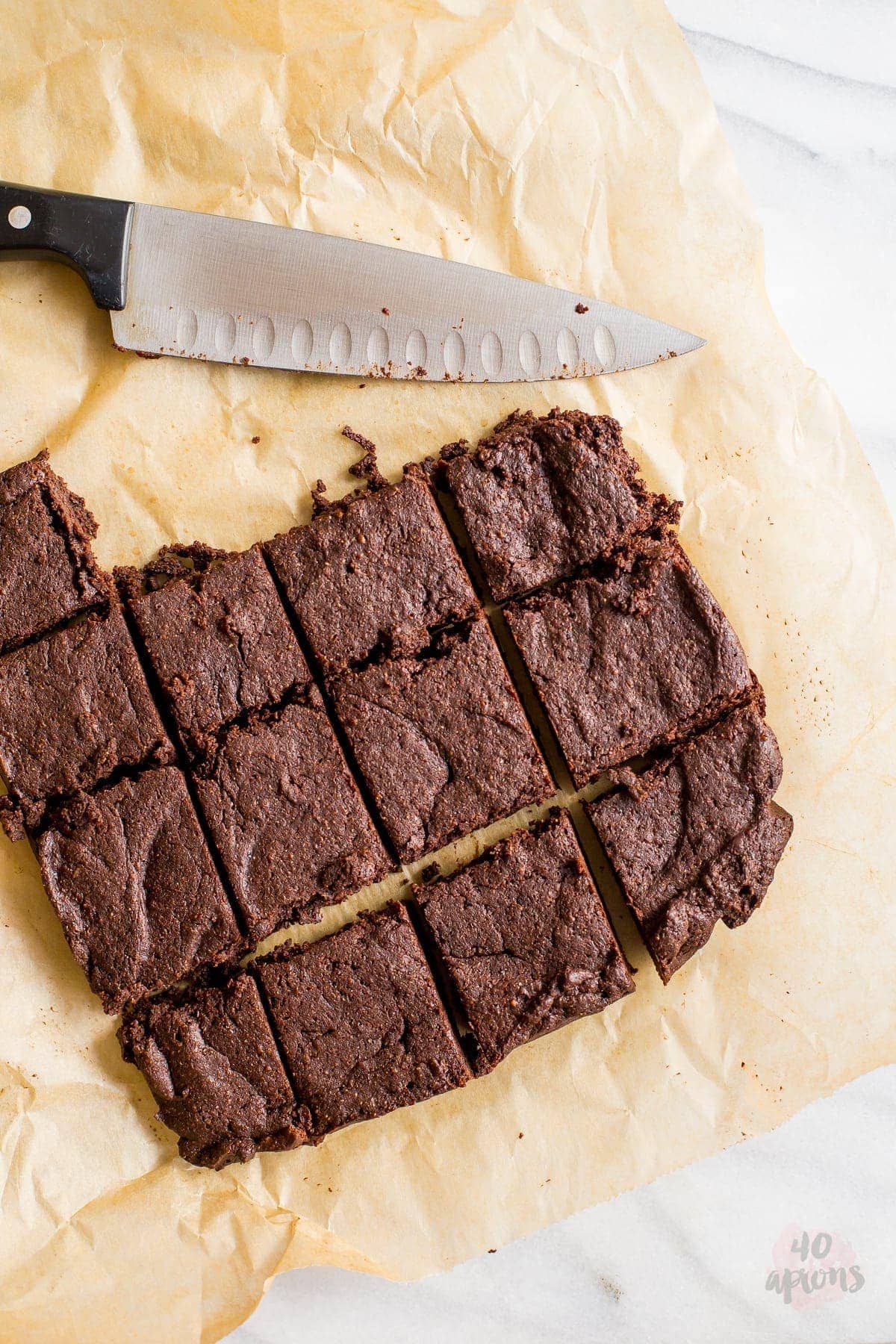 Well, no, I take that back. I like a very, very specific type of brownie–the type that’s ultra fudgy and dense, and not cakey, but so incredibly rich you’re good with a tiny square and wouldn’t think to add ice cream to the top. 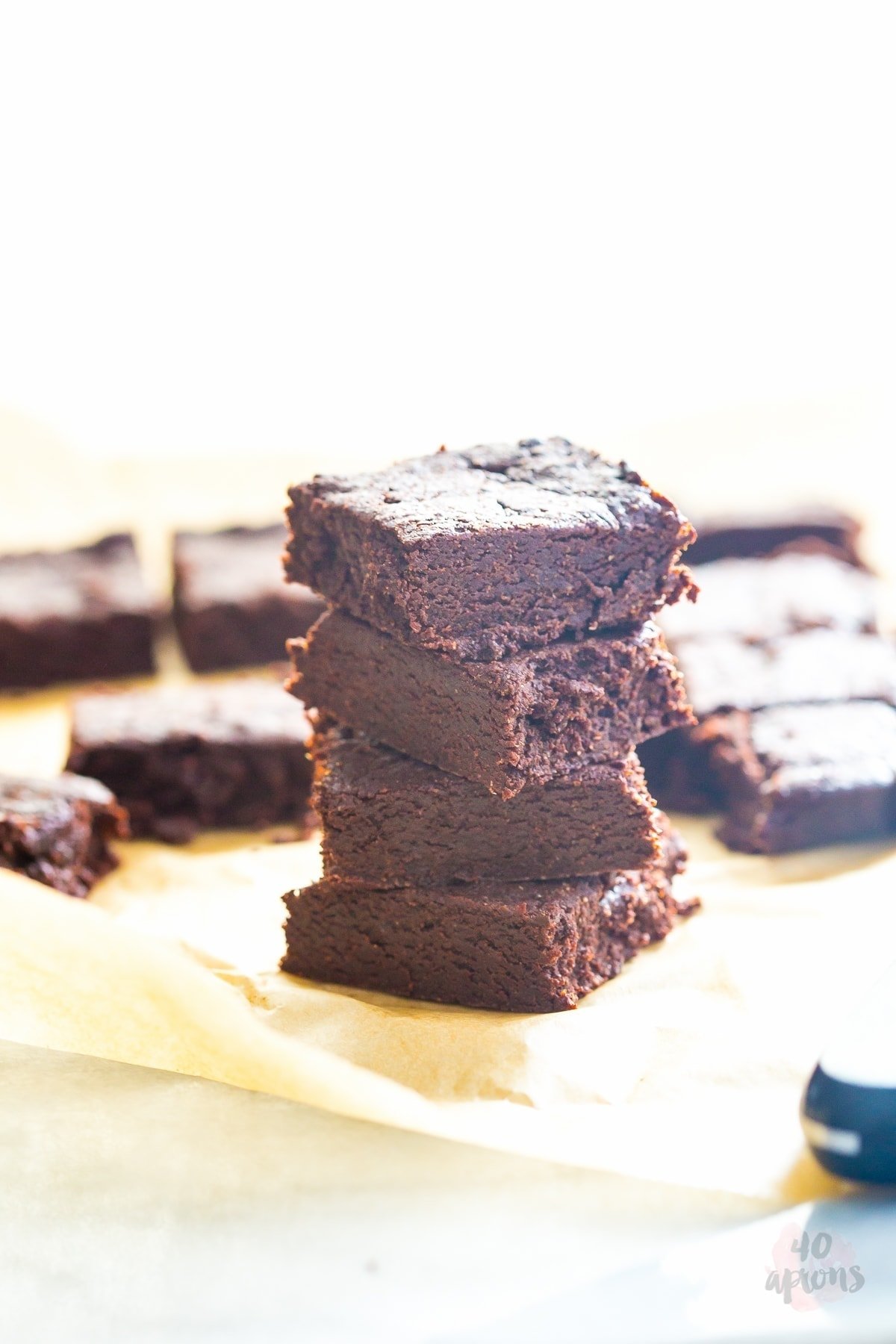 I also like those Little Debbie Cosmic Brownies, but that’s a different story for a different day and one I will deny, deny, deny should you ever see me in public. 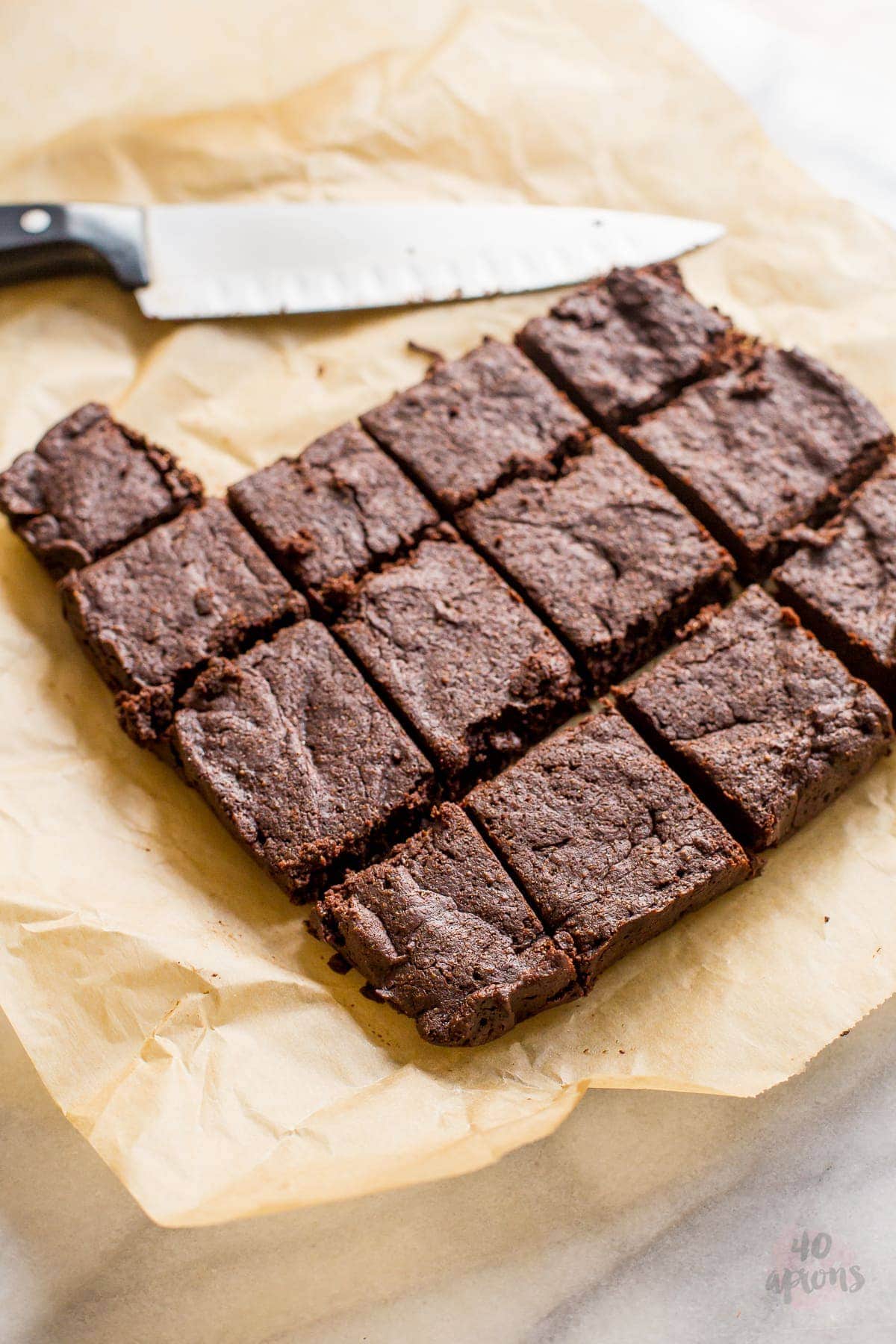 So when I decided to “basically” give up sugar in 2016–to combat the junky takeout we’d been eating since Leo was born, to feel more balanced than one-handedly shoveling pains au chocolat in my face for breakfast (baby on the opposite hip, bien sûr), to get back to my pre-Leo body-ish–I knew I’d wrestle with finding the perfect healthy brownie recipe. Because when it comes to healthy, unrefined treats, you’re a bit limited. You’ve got your raw desserts and your, let’s face it, healthy brownies. That’s the way it seems anyway, since brownies are forgiving, I suppose! Much more so than, say, macarons or cupcakes. 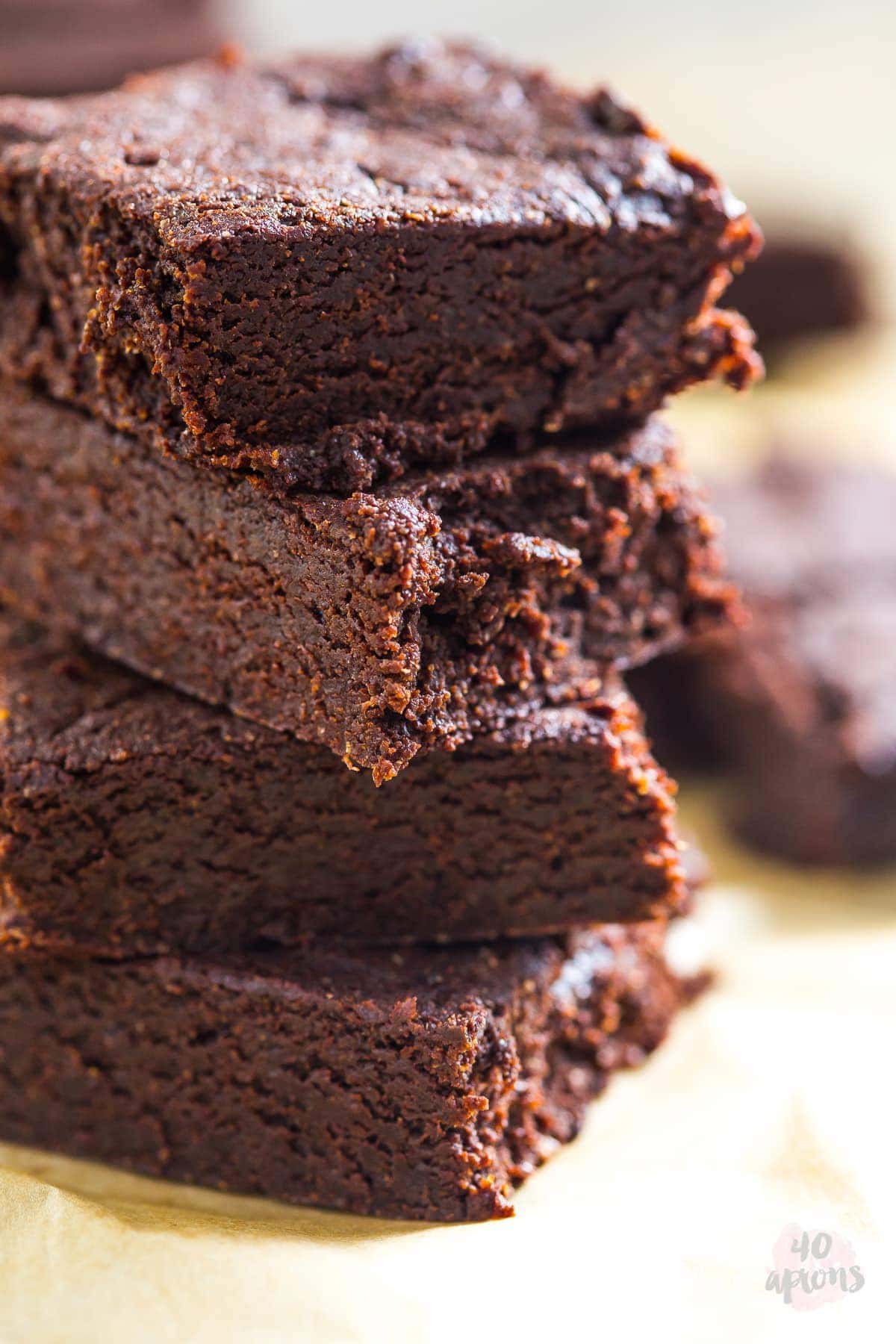 But I’ve been craving something chocolatey and sweet lately, and I blame it on this Wonder Weeks leap Leo’s going through lately. It just happens to coincide with the dreaded four-month sleep regression and a growth spurt, so we’re tired and cranky all around. So I tried making a healthy brownie recipe I’d found, but it was dreadful! Just dreadful. I even photographed it before cutting in, I had such high hopes for this recipe! But alas, it was mushy and confusing and I was so, so sad. So my expectations for this next attempt were pretty low… 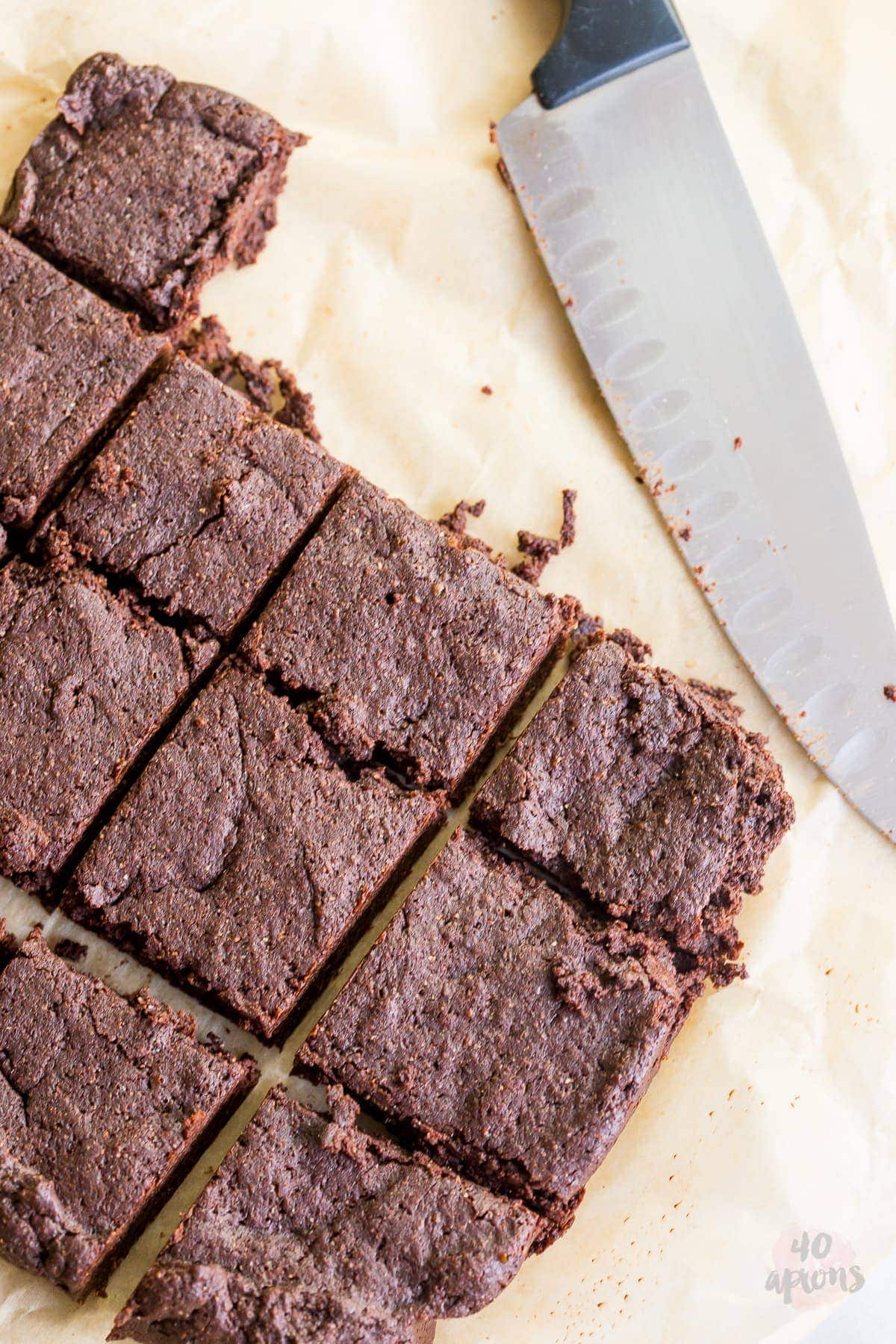 But damn, mama! They were absolutely everything I was looking for–so rich and fudgy and dark chocolatey and easy and quick. I essentially gave the clean-eating treatment to a well-loved fudgy brownie recipe, and they came out perfectly. You’ll love these, whether you’re on a refined sugar sabbatical or not! 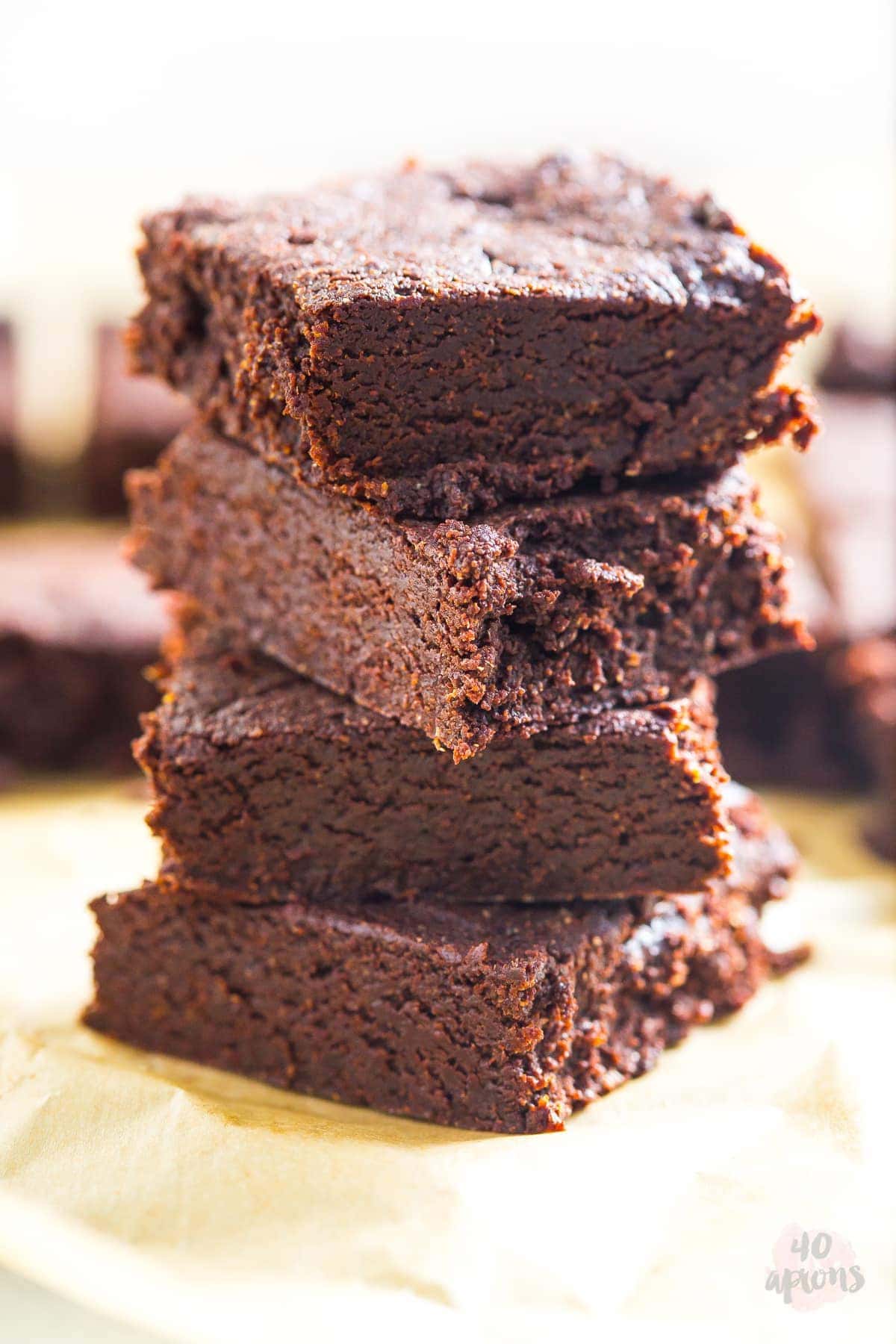 I wouldn’t eat these as like, you know, a meal replacement, but they’re definitely way healthier than their refined counterpart! Oh, and make sure you actually let them cool before slicing–otherwise you’ll end up with crumbly edges like mine have. We couldn’t wait! Notice how only lines going one direction are crumbly, though, and the other are quite straight.. we cut one way when they were still a bit warm to test and cut the other way when they were cool. The lines were beautifully straight after they were cooled–I didn’t need to chill them or use a wet knife!

Oh, and I can only imagine how incredible these are with good ol’ white sugar, even more butter, and white flour, so check out the original recipe, too! 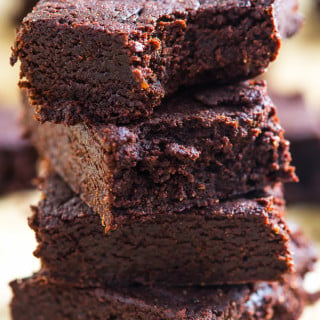 Remove the bowl from heat and set aside for 3 to 5 minutes until it is only warm, not hot.