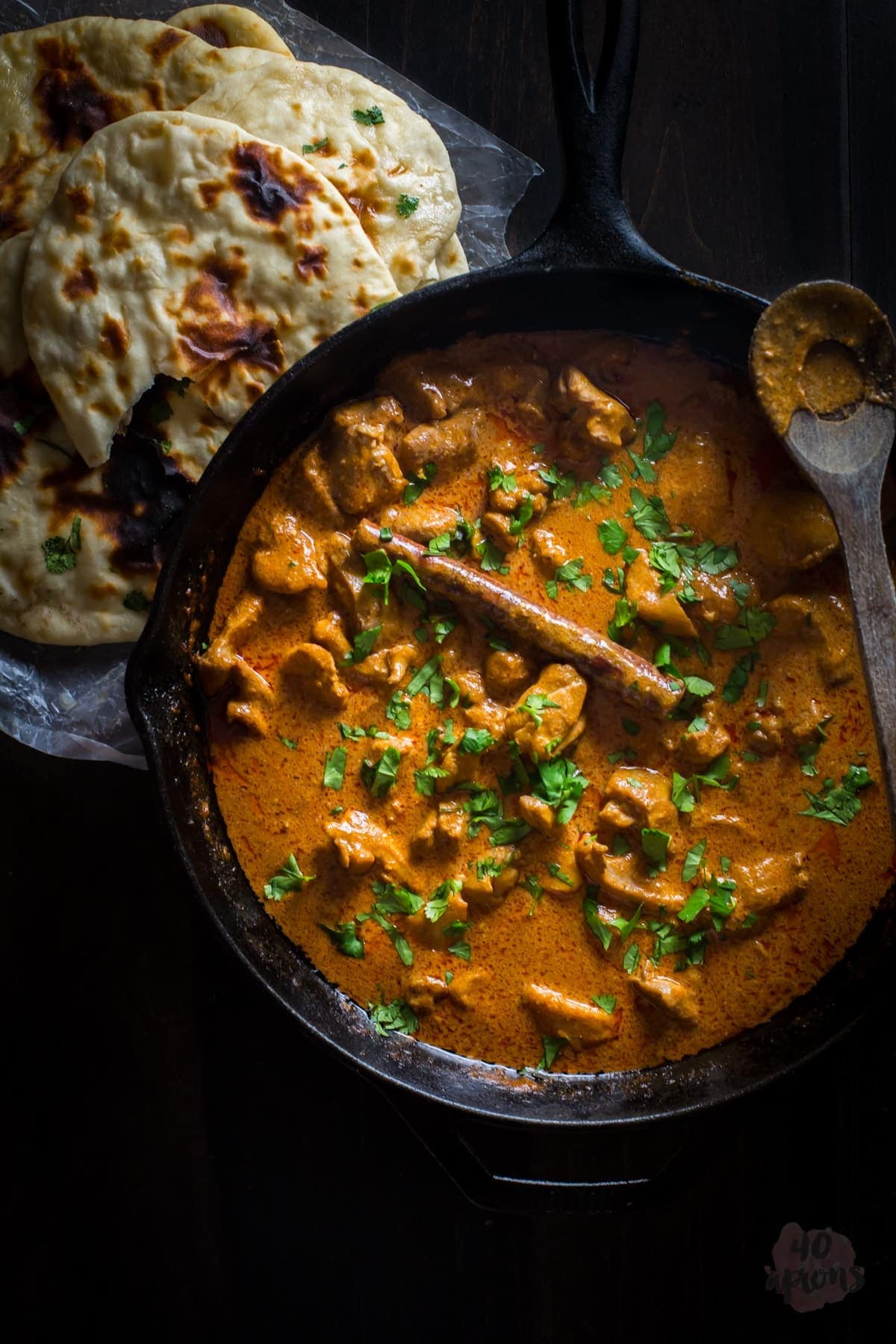 I’m pretty convinced my father-in-law only thinks I cook like, I don’t know, hamburgers and turkduckens and other outrageously stereotypical American dishes. Pretty sure. 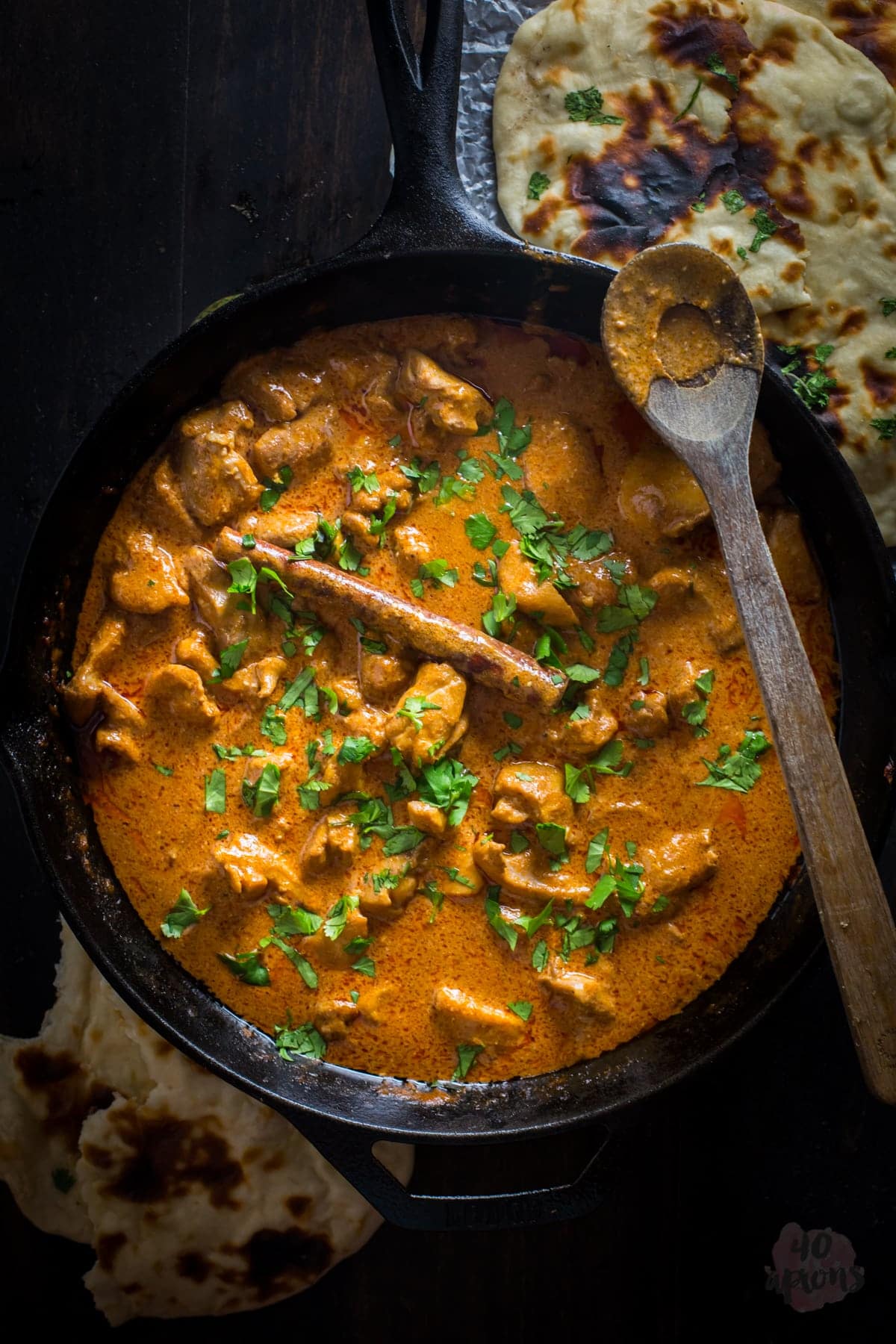 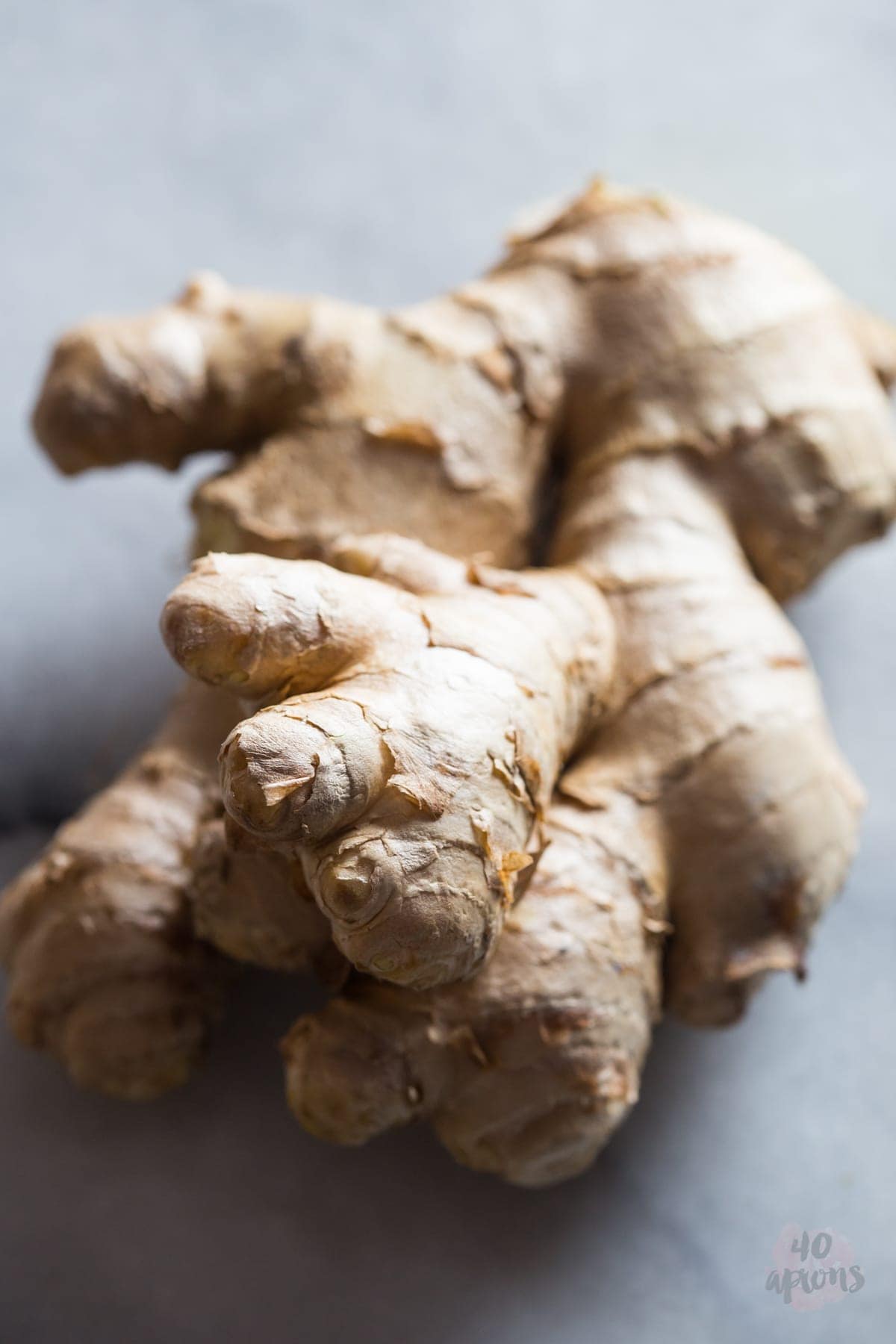 There’s ginger in this. Good talk.

I’ve been inviting him to dinner for years, but he always turned us down, perhaps envisioning a spread of buffalo wings and Taco Bell copycat recipes and cronuts? (Whatever.. cronuts are delicious.. [especially my vegan cronuts!]) And then Leo was born. And I tell you, this man is head over heels for this little baby, and it’s the greatest thing ever. So for his birthday, I invited him over for dinner–“Indian food, I promise!!” was interjected early and often–and he agreed. Pretty sure it was just to see Leo, but I’m not complaining. 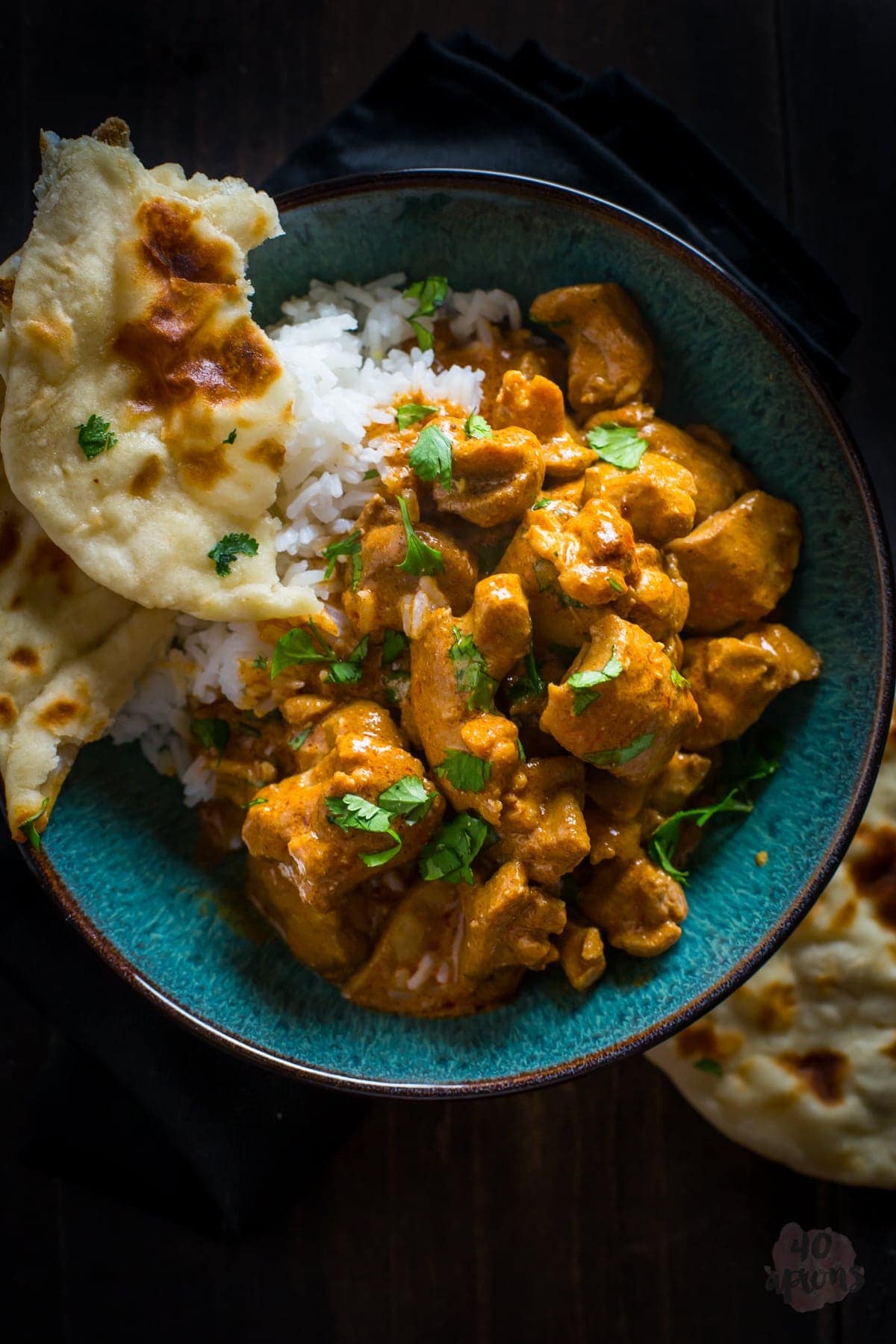 And I knew I had to make this butter chicken recipe, because it’s so perfect and flavorful without leaving that spicy fiery pit in your stomach for hours. like Indian food can do to you. I’ve been making it for years, got the basic recipe out of an old “Asian food” cookbook with oddly styled food shot with a narrower aperture which shows me immediately that it’s not exactly new. I don’t think I’ve ever made anything else from the book, but I don’t need to–I got my $6.99 worth from the discount section with this one butter chicken recipe, dagnabit! 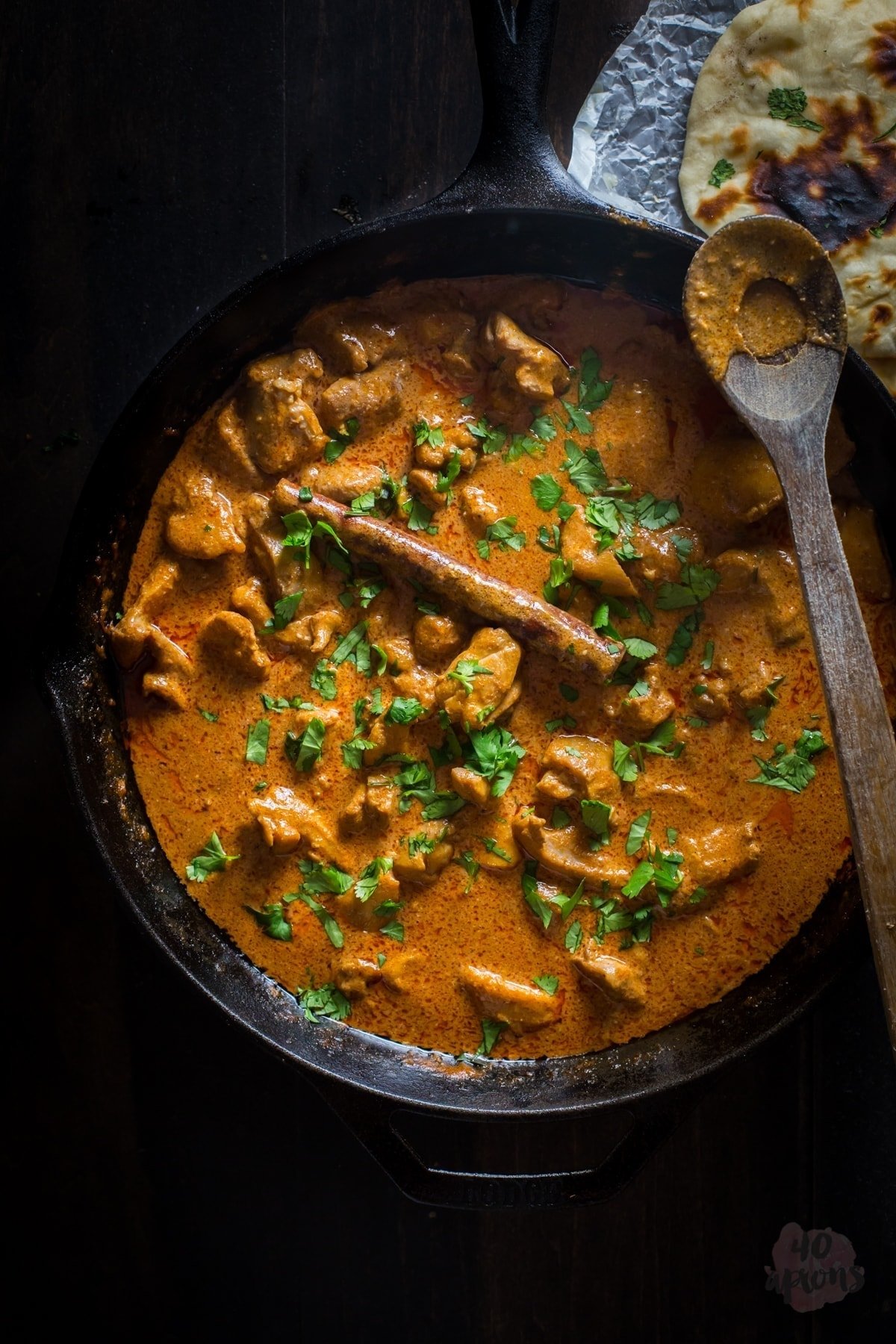 Despite tasting totally indulgent, it’s actually not too unhealthy–considering it’s actual, real food and all. And did I tell you? O and I started 2016 with a diet–cliché non?–cutting out sugar, eating only real food, and umm… not not exercising. But not really exercising like.. a lot. On my end, at least! O for some reason derives pleasure out of running, and I look at him strangely any time he repeats this sentiment. 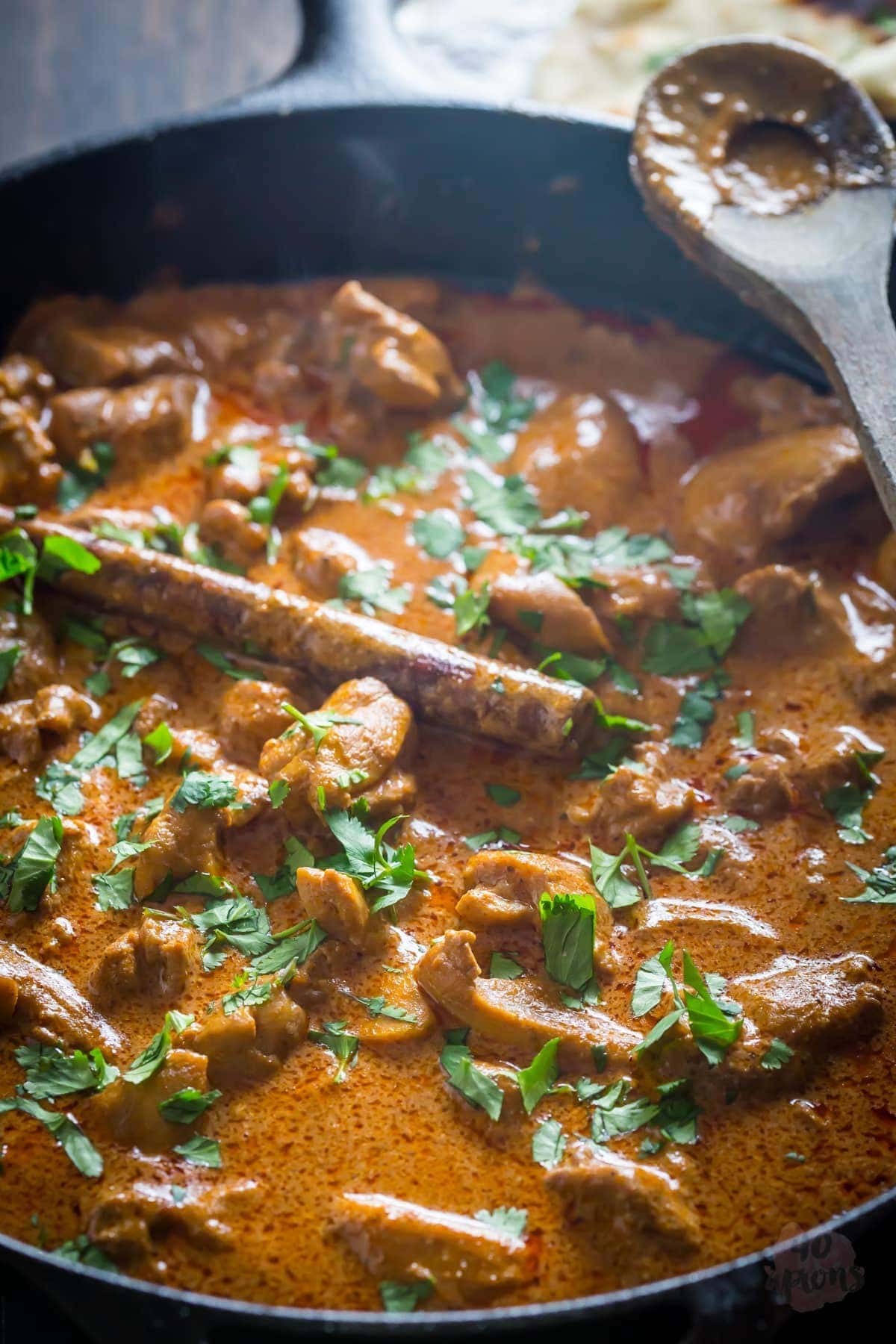 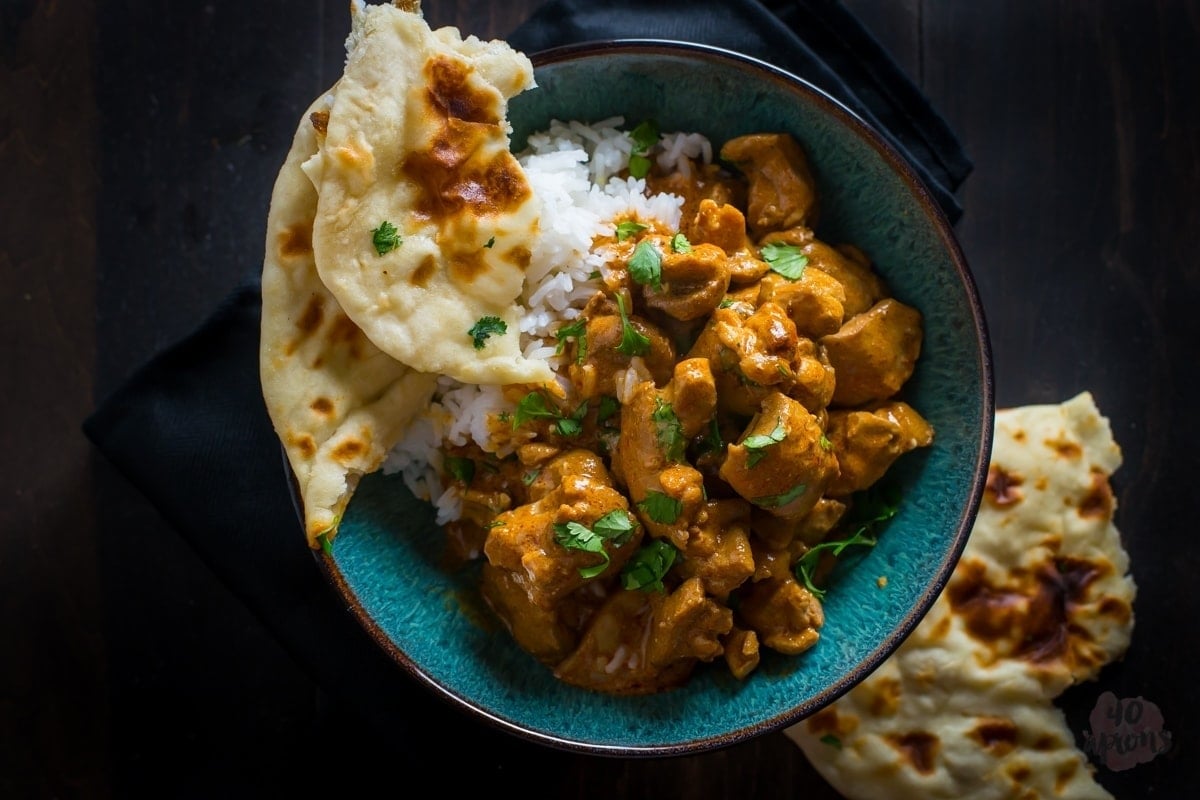 So back to the butter chicken–it’s real food, it’s real food–and it’s really that perfect “Indian food”. It’s not like in-your-face saag paneer or in-your-face chicken tikka; it’s a bit more vague than that. It’s creamy and tomatoey with warm garam masala grounding everything, plenty saucy to drape over fluffy basmati rice, and chicken so tender you’ll cry. Cry! It’s quite easy, too–as easy as Indian recipes go–and can be made easily for a weeknight dinner. I served it with homemade naan, which is coming soon to a 40 Aprons near you and was also outrageously good and made me a bit impressed with myself, not gonna lie. 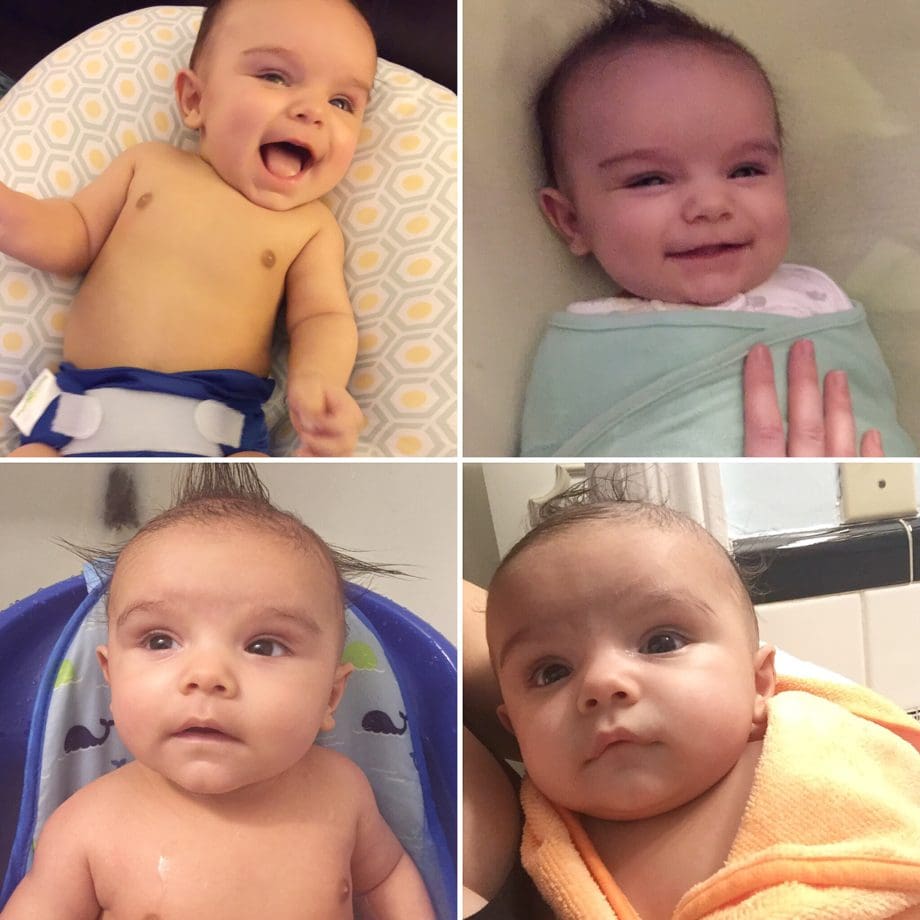 Oh, and you see why his dad is obsessed with Leo? Because uh, wouldn’t you be? 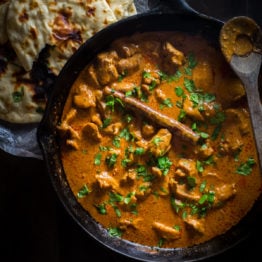 Serve over rice with fresh naan and sprinkle with chopped fresh cilantro.